Home » Europe » Gina Bellman: MND is not a disease you can live with on your own 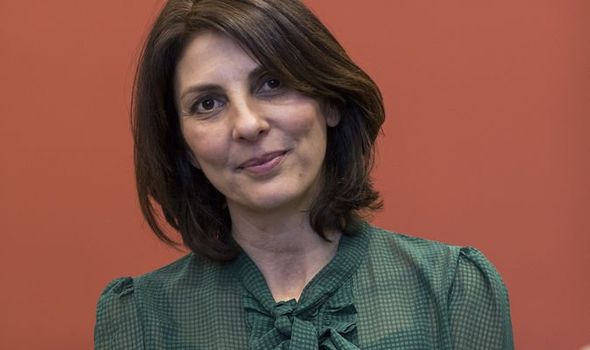 The Leverage: Redemption star, whose mother Helen was diagnosed 17 years ago, is backing a Sunday Express campaign for £50million over five years for an MND Research Institute to coordinate efforts to find treatments.

Patients, campaigners and neurologists were devastated when their appeal for money to accelerate promising research was ignored in the Chancellor’s public spending review last month.

Gina said: “MND has to be seen as an umbrella disease – research into it can help with Parkinson’s, dementia and Alzheimer’s. It’s incredibly short-sighted of the Government not to see that research into MND is something the wider health community can benefit from.”

The mother-of-one, 55, who became a household name in Dennis Potter’s Blackeyes before starring in BBC comedy drama Coupling, added: “MND has been so ignored but it is very deserving of funding.

“The people researching this disease are so focused, so clever, so passionate and so determined, that if we got some decent funding there would be progress.”

Helen was diagnosed in 2004 following 18 months of tests after developing a limp. Gina, speaking from her West London home, said: “There are two main kinds of MND, primary lateral sclerosis (PLS) and amyotrophic lateral sclerosis (ALS). My mother has PLS, which has a much slower progression than ALS, but we did not know that.”

She added: “They thought she had a stroke and were looking at Bell’s palsy, so it took a long time to diagnose, which is not good enough for a disease which has such a short prognosis in most cases. We should be at a point where we can get much quicker diagnoses. Most people don’t even have two years after they start exhibiting symptoms of MND.”

Helen, then 69, had been enjoying retirement with husband Bernie by going on cruises. Gina said: “The first couple of years were the most distressing, because that is when uncontrolled emotions come in, so laughing and crying uncontrollably. It was embarrassing for her, more than the physical elements.”

Wheelchair-bound Helen can still use her hands so she can feed herself and write on a whiteboard. Gina said: “Swallowing and chewing is very difficult and talking has been a problem for over a decade. People close to her can understand her mumbling.” Helen, 86, lost her husband Bernie two years ago aged 87.

They were teenage sweethearts after meeting at a Kent holiday camp when she was 17.

Gina said: “They were on a double date and by the end of the evening the two couples had switched partners.

“They then had a family and decided to come back to the UK when their parents were elderly.”

Bernie sold electrical goods from the back of a van when the family returned to the capital.

Gina said: “We called him Del Boy, he always had something to sell. “He was a boxer and in the RAF. He had a broken nose and was a real tough guy.

“But he was so tender to my mother after her diagnosis and cared for her so carefully.”

After becoming ill aged 87 Bernie went into hospital and got an infection. With his organs failing and in a coma his family was invited to say goodbye.

Gina said: “Everyone was crying and I wheeled mum in.

“I put his hand in her hand and he opened his eyes and he lived a few more months. But when he passed away we all thought how long can my mum carry on?

“She has had this disease that often kills within 18 months, so will pine for him, but she has this unbelievable will to live.”

Gina spent nine months in New Orleans, until April, filming the revival of US drama Leverage for IMDb TV, playing Sophie Devereaux. But she knew her brothers and husband Zaab Sethna would look after Helen, a grandmother of six, who also has four carers. Gina said: “She is very poorly, I don’t know how much longer we have. But you go to her house and Julio Iglesias is blaring out and someone is painting her nails – she still has an incredible joie de vivre. If I take her a chocolate eclair in the afternoon it will take her 40 minutes to eat it, but she will enjoy it.”

Helen also insists on a birthday lunch every year and celebrated with 20 friends last year.

Gina says the impact of MND on the person “trapped in a body that is no longer working, who can no longer hug their children or pet their dog”, is hard to see.

It has affected the whole family as “you can’t live with MND on your own, you can only live with a support group”. The actress has also struggled going to check-ups with her mum because of a lack of treatment options. She said: “It’s something the Government needs to be aware of – it’s soul-destroying for someone with such a degenerative disease to have nothing offered to them.”