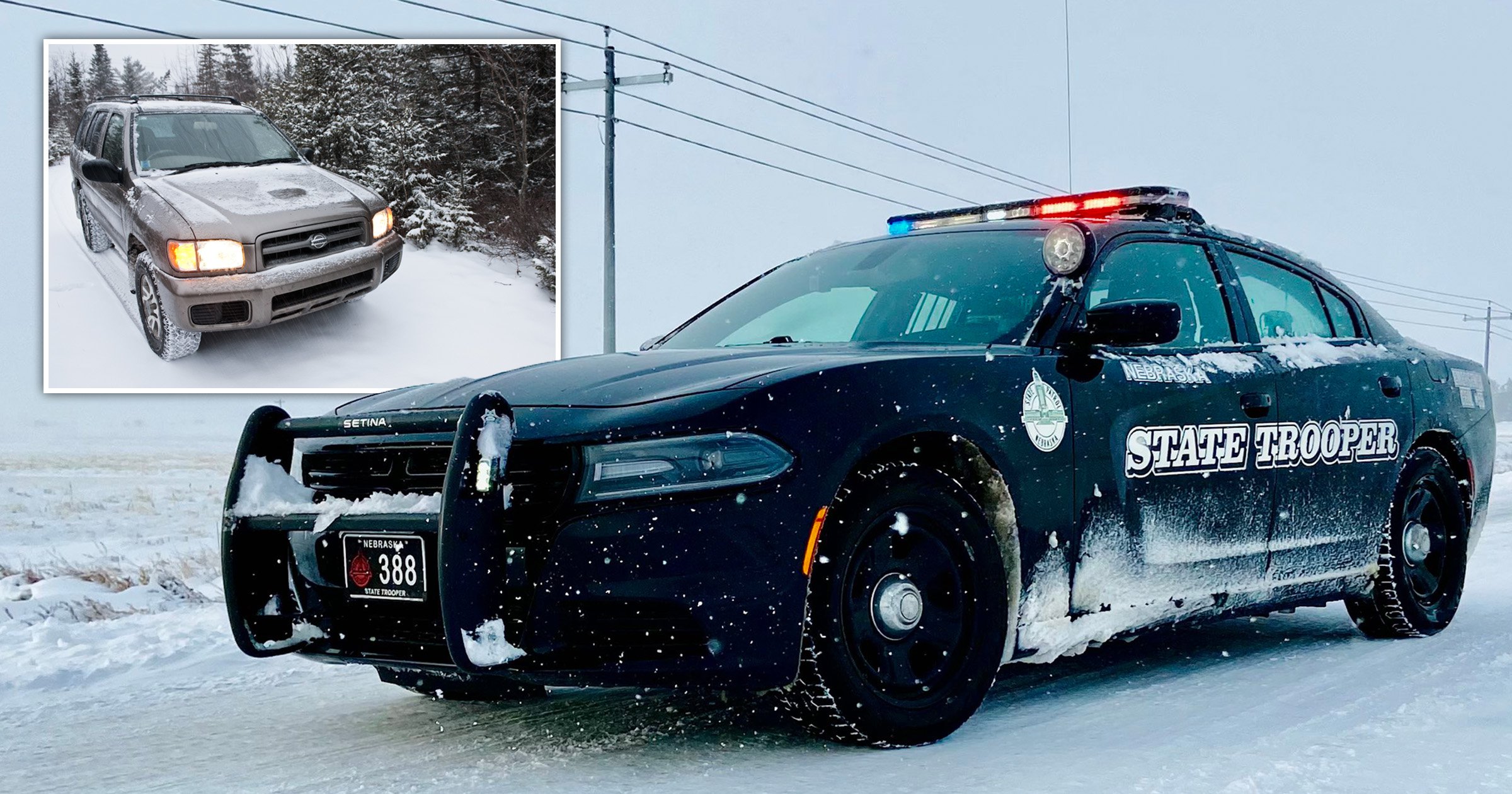 A 13-year-old girl led cops on a more than 100mph chase with an 11-year-old boy, a gun and marijuana in the vehicle.

The pursuit started around 9.35pm on Monday when a Nebraska State Patrol trooper saw a Nissan Pathfinder traveling eastbound on Interstate 80 at about 35mph.

Though the trooper signaled a traffic stop, the SUV accelerated and exceeded 100mph. Another state trooper joined in the chase and set up stop sticks to slow the SUV down.

Eventually, the Pathfinder exited the highway at the Shelton interchange and went northbound at a slower speed, according to the state patrol. A trooper made a tactical intervention to bring the SUV to a full halt. The entire pursuit lasted about 16 minutes.

The driver and passenger were taken into custody without incident, and were identified as the 13-year-old girl and 11-year-old boy, respectively. Both have been placed in protective custody.

‘Troopers located a firearm in the vehicle as well as a small amount of marijuana and drug paraphernalia,’ stated the state patrol.

The two children, both from Colorado, have not been named. It was not immediately known if charges will be filed against them. It was not clear what relationship they had, or how the firearm, marijuana and drug paraphernalia wound up in the vehicle.