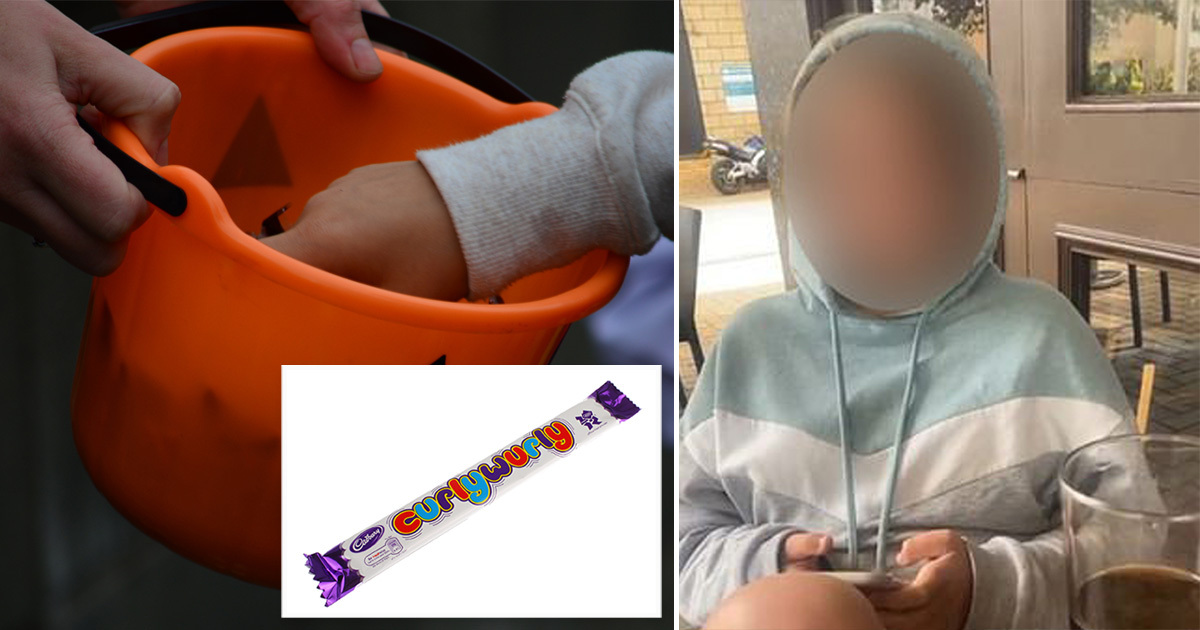 A trick-or-treating teenager had her bottom lip sliced open from a Curly Wurly which had a razor blade hidden inside.

Libby Pleydell, 14, went out on Halloween night with some friends in Laidon, Essex to enjoy receiving sweets from neighbours.

However after returning home and biting down on the chocolate bar, she felt something sharp cutting into her bottom lip.

Libby’s mum, Tracey Pleydell, is now urging other parents to check their children’s candy to avoid the ‘disgusting and dangerous’ incident.

The 49-year-old said: ‘All of a sudden I heard Libby shouting and screaming.

‘She wasn’t talking properly. I thought she was pranking me – I saw blood on her lip but I knew she had fake blood for her costume.

‘Then she showed me the Curly Wurly and there was a blade sticking out of it – I felt sick.’

The teenager’s braces helped stop the cut from being much worse, according to her mum.

But now they want to get to the bottom of who would weaponise sweets they were handing out to children.

Schoolworker Tracey added: ‘I think if it hadn’t been for her braces it would have been so much worse.

‘Now Libby’s doing ok, she doesn’t know what the fuss is all about.

‘I don’t think she realises the severity of what could have happened. If it had been a younger kid they may have swallowed it.

‘Something needs to be done – these people are clearly targeting young children.

‘You hear about these things happening but you never expect it to happen to your own family.’

Essex Police has confirmed an investigation is underway, and officers have contacted Cadbury’s which is also looking into the incident.