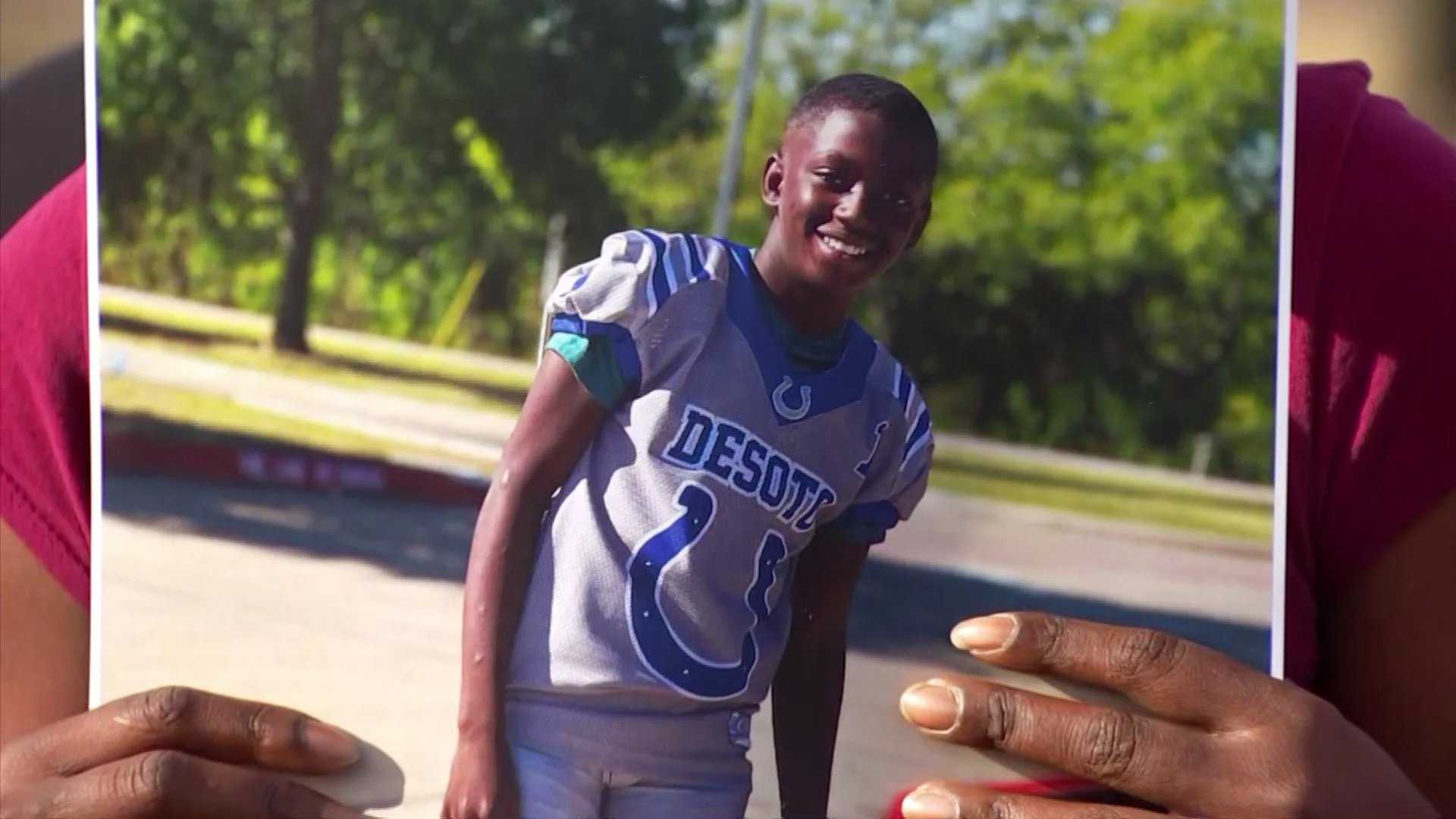 A 14-year-old girl allegedly shot an 11-year-old boy dead who was a bystander as she fought another teenage girl.

The suspect was in an altercation with another girl outside the Southern Oaks Apartments in Dallas, Texas, on Sunday afternoon, police said.

The boy, De’Evan McFall, was around during the fight when one of the girls got a gun and fired multiple shots.

De’Evan was shot and transported to a hospital, where he was pronounced dead.

The girl who fired the gun fled the scene and was taken into custody later.

‘He was an innocent bystander when a gun was fired during a fight between two girls,’ states a GoFundMe page for De’Evan’s funeral expenses.

‘The McFall/Settles family is experiencing the horrific loss of a loving son, brother and nephew. He was brutally taken from us.’

The suspect, whose identity has not been released, has been charged with murder.

De’Evan’s family said they knew the family of the girl who fired the shots because they all grew up together.

The boy’s family and friends called for an end to violence outside the apartment complex on Monday afternoon.

‘I don’t want nobody else to have to feel like this. I don’t. Protect your babies at all cost,’ said De’Evan’s mother Vashunte Settles, according to KENS 5. ‘You can’t get them back. I will never see my son again.’

De’Evan’s grandmother Lois Williams pleaded: ‘Please, people! Stop killing each other! I never thought I would be standing here doing this for one of my babies.’

Police recovered the gun that was used but have not disclosed where it came from.

‘The Dallas community has already shown an outpouring of love and concern for our family, for which we are humbled and grateful,’ the GoFundMe states.