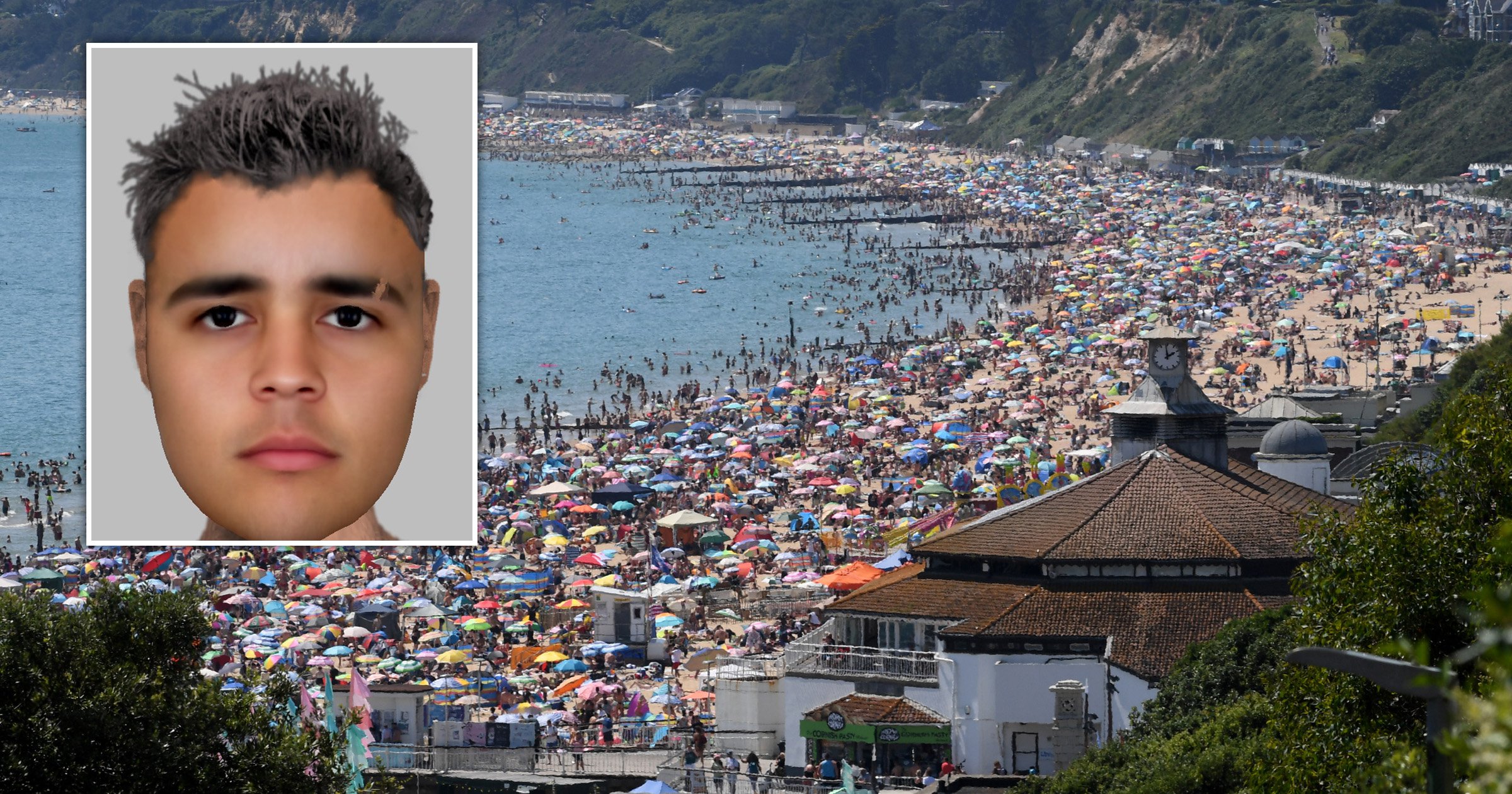 A 15-year-old girl who was raped in the sea says she ‘can’t face going out’ after the traumatising ordeal, as a suspect’s name is released.

The ‘sickening’ attack saw the teenager dragged into deep water and sexually assaulted as nearby crowds enjoyed the sunshine on the hottest day of the year.

Speaking out for the first time, the young woman said she is ‘frightened and vulnerable’ and worries people will judge her.

An e-fit of the male suspect – who apparently told his victim his name was Dabby, aged 17 from Birmingham – has been re-released as the public is urged to come forward with information.

The girl was playing ball with friends to the west of Bournemouth Pier in Dorset when it landed next to a ‘man or a boy’.

He refused to give the ball back but handed it over when she moved closer to him around 4pm on July 18.

In a statement read out on BBC 1’s Crimewatch Live, the vicim said: ‘He started talking to me and touching my arm – at the same time another man was making my friend uncomfortable so she left the sea.

‘I was alone now and he started to push me out into deep water and I couldn’t feel my feet on the sea floor. It was then he started touching me.

‘No one could see what was happening and it was then that he raped me.’

The horrific incident came to an end when the man’s friend approached them and the victim managed to get back to shore.

She was ‘in tears’ as her attacker followed behind to ask for her contact details.

The victim said: ‘I told my friend what had happened and I was really hurting so I went to the toilet. Then the guy came up to me again and was asking how to contact me.

’Eventually my friend made him go away and that was the last I saw of him.

‘Since it happened I’ve changed a lot – I can’t face going out and I feel frightened and vulnerable.

‘I am so scared that people will judge me for what has happened. I didn’t ask for this – I tried to stop him but I couldn’t.’

The rapist, who is thought to be Asian, is described as having tanned skin and is between 5ft and 5ft 7ins.

He has a thin but muscular build with short dark hair that looked freshly trimmed.

The suspect also has a part-shaven left eyebrow and was wearing black or grey swimming shorts.

Detective Inspector Wayne Seymour, of Dorset Police, said: ‘He had dark hair swept back, an ear ring in his left ear, and his eyebrow was slit.

‘He told the victim his name was Dabby, he was 17 years old and from Birmingham.’

A number of other Asian men approached females on the beach to ask for their Snapchat details on the same day, police have said.

DI Seymour added: ‘I am continuing to appeal for anyone with information that might assist our enquiries to please come forward and make contact with us.

‘Even if it is just a seemingly small bit of information, it might assist us with piecing together the evidence in this case and tracking down the culprit.

‘I would repeat our previous plea for anyone who exchanged Snapchat messages with a number of young Asian men who were reported to be approaching female beachgoers on the date of the incident to come forward.

‘We are also again issuing an e-fit image of the suspect that has been produced and would urge anyone who recognises him to please contact us.

‘We do have forensic evidence that means we will be able to eliminate anyone who was not involved from our enquiries.’

Victim Support offers support to survivors of rape and sexual abuse. You can contact them on 0333 300 6389.

Coronavirus UK: Schools to close for up to TWO MONTHS- Boris to unleash emergency measures