Home » Europe » Girl, 17, waits 11 hours in A&E for appendix removal as there were no beds 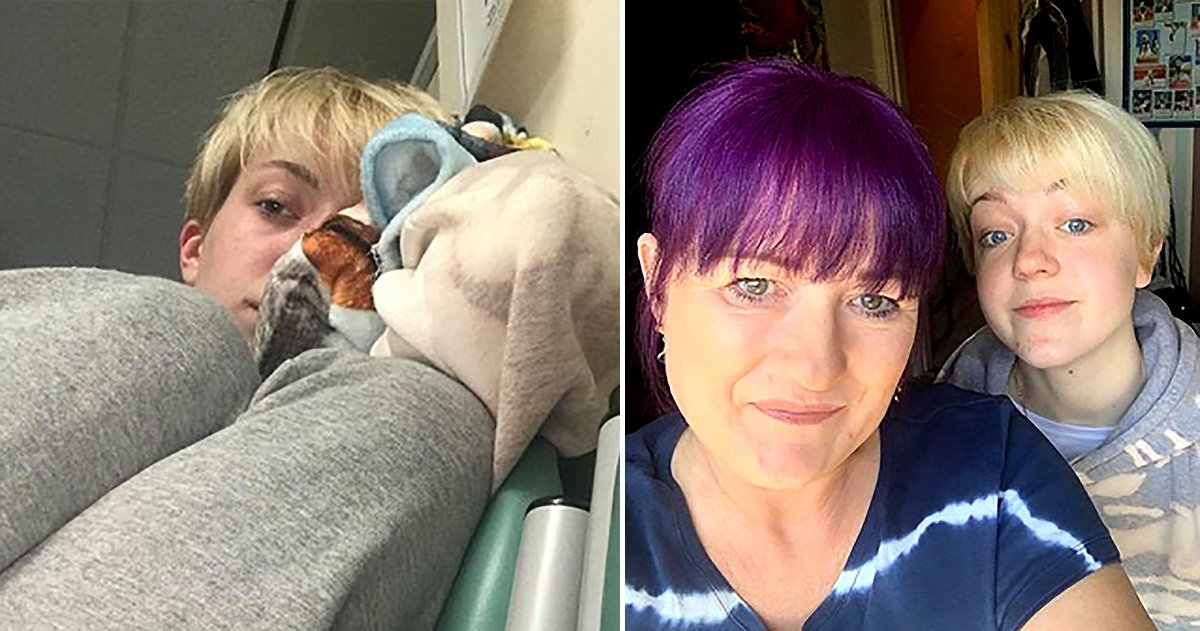 A teenage girl was left in excruciating pain as she had to wait alone overnight in A&E to have her appendix removed.

Rachel Logan says her daughter Grace, 17, was suffering with acute appendicitis and was told by a doctor to come to hospital at 6pm last Friday.

The teenager ended up waiting until 5.30am the following morning before finally being taken to a ward.

She then had a successful operation to remove her appendix at Tameside General Hospital, Ashton-under-Lyne, Greater Manchester.

‘It absolutely broke me that there was nothing I could do’, Rachel told the Manchester Evening News.

‘I understand what the staff and nurses are going through. But they left her and didn’t do any observations. I said to her “you will have to be strong”.’

Grace received a call to come in after undergoing an ultrasound scan to look at her appendix the previous day due to the pain she was feeling.

Her mum says the doctor said ‘come in now’ and that surgeons would be ‘waiting to take her appendix out’.

They arrived to a packed A&E waiting room and Grace was ‘struggling to sit up’ and feeling sick.

Rachel, from Glossop, Derbyshire, said staff told them it would be an hour as her daughter had to be triaged.

Two hours later, Grace was allowed to move to a separate cubicle, but it was still in the waiting area.

Rachel managed to speak to her daughter’s consultant on the phone and was told someone would come and get her.

But she was warned it would be some time before a bed became available.

At around 9pm Grace was put in an area with two cubicles so she could lie down, and was told she’d have to wait until the morning for her operation.

Rachel, who came along with her grandson, had to leave to take him home and got back at around 11pm.

This meant her daughter had to wait alone until 5.30am, when they staff finally found her a bed.

Grace stayed up all night, hunched over, because she was worried someone might snatch her bag in the night.

Rachel added: ‘The nurse said there were no beds in the whole of Greater Manchester. When she was put on the ward she was dehydrated and had to be put on a drip. Her blood pressure was low and she was being sick.’

Grace had an operation to take out her appendix on Sunday afternoon and she is now recovering at home.

A spokesperson for the Tameside and Glossop Integrated Care NHS Foundation Trust said: ‘We are aware of the situation and we would urge the patient to contact our Patient Advice and Liaison Services (PALS) so that we can investigate the circumstances fully.’