Home » Europe » Girl, 7, mauled to death by neighbor's dog that ran into her yard 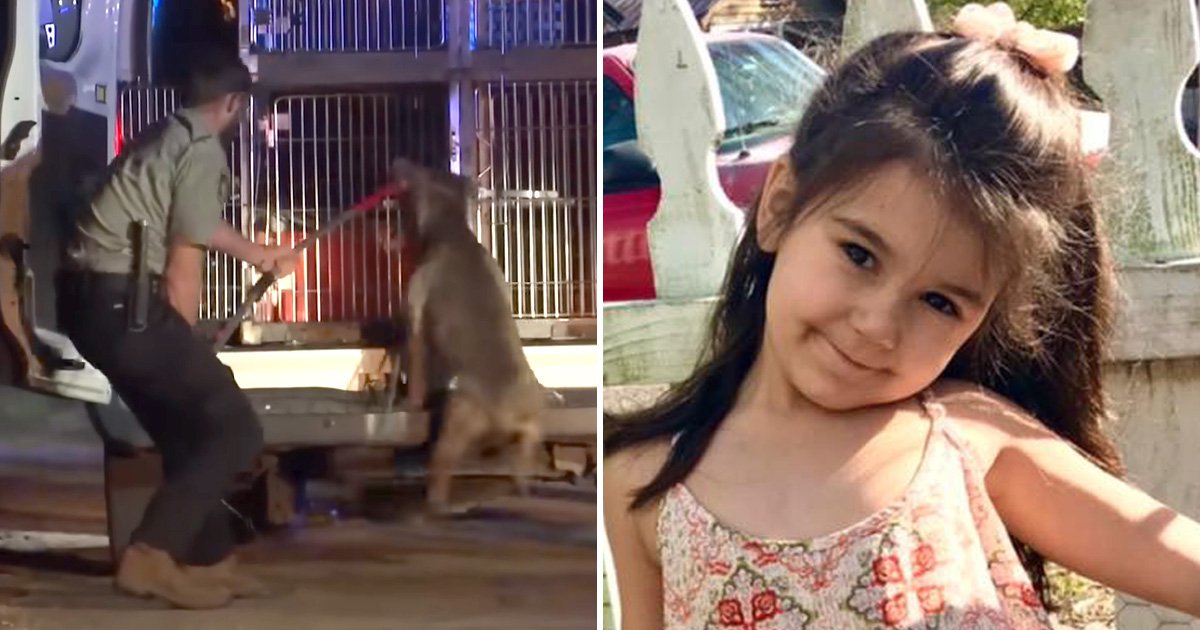 A man was arrested after his dog attacked and killed a 7-year-old girl playing outside a family member’s home.

Sadie Davila was killed on Friday evening in East Baton Rouge, Louisiana. She was visiting a family member in the neighborhood when she stepped outside to play in the front yard.

While Davila was playing, a neighbor’s pit bull began brutally attacking her. A family member tried to fight the dog off with a walking cane, but was unsuccessful.

The owner of the dog, Erick Lopez, 20, was charged with negligent homicide. He told arresting officers that he wasn’t home at the time of the attack, and allowed it to roam free in the neighborhood.

Lopez lives about 150 yards away from Davila’s relative, with no fence or barrier separating the properties. Other neighbors confirmed to police that the dog was often allowed to roam free.

Davila was immediately hospitalized and treated for bites to her face and ‘substantial’ damage to her skull. She died from her wounds later that night.

East Baton Rouge Animal Control managed to capture the dog after the attack. They reported it was still covered in the victim’s blood on its mouth and face. Additionally, they reported ‘substantial’ amounts of blood could be seen at the site of the attack.

WBRZ reported that the dog was euthanized Friday night. Its body is currently being tested for rabies.

‘My heart goes out to this family, and they will remain in my prayers,’ the sheriff said.

Davila was a first-grade student at Woodlawn Elementary School in Baton Rouge. Her teacher, Grace Feucht, told the Advocate she was ‘fierce and spunky.’

‘She was a gift to me and made me smile and laugh many times,’ Feucht said. ‘I sadly expect our classroom to feel considerably emptier Monday without her precious presence.’