The nine-year-old victim of last night’s shooting in Liverpool has been named as Olivia Pratt-Korbel.

Police today described how the murder had ‘rocked the communities’ in the area and urged anyone with information to come forward.

The family had no connection with the gunman and were caught in the ‘wrong place at the wrong time’.

The shooting took place in the Dovecot area of the city at 10pm last night.

Two men had been walking along Kingsheath Avenue when they were approached by a ‘lone person’, believed to be male, who was wearing a padded jacket and a balaclava.

The unknown man was said to be carrying a handgun – and suddenly opened fire on the pair.

Olivia’s mother, named by police as Cheryl, heard the commotion and opened her door to look onto the street.

One of the men, a 35-year-old, then barged his way into the home where he was quickly followed by the gunman. 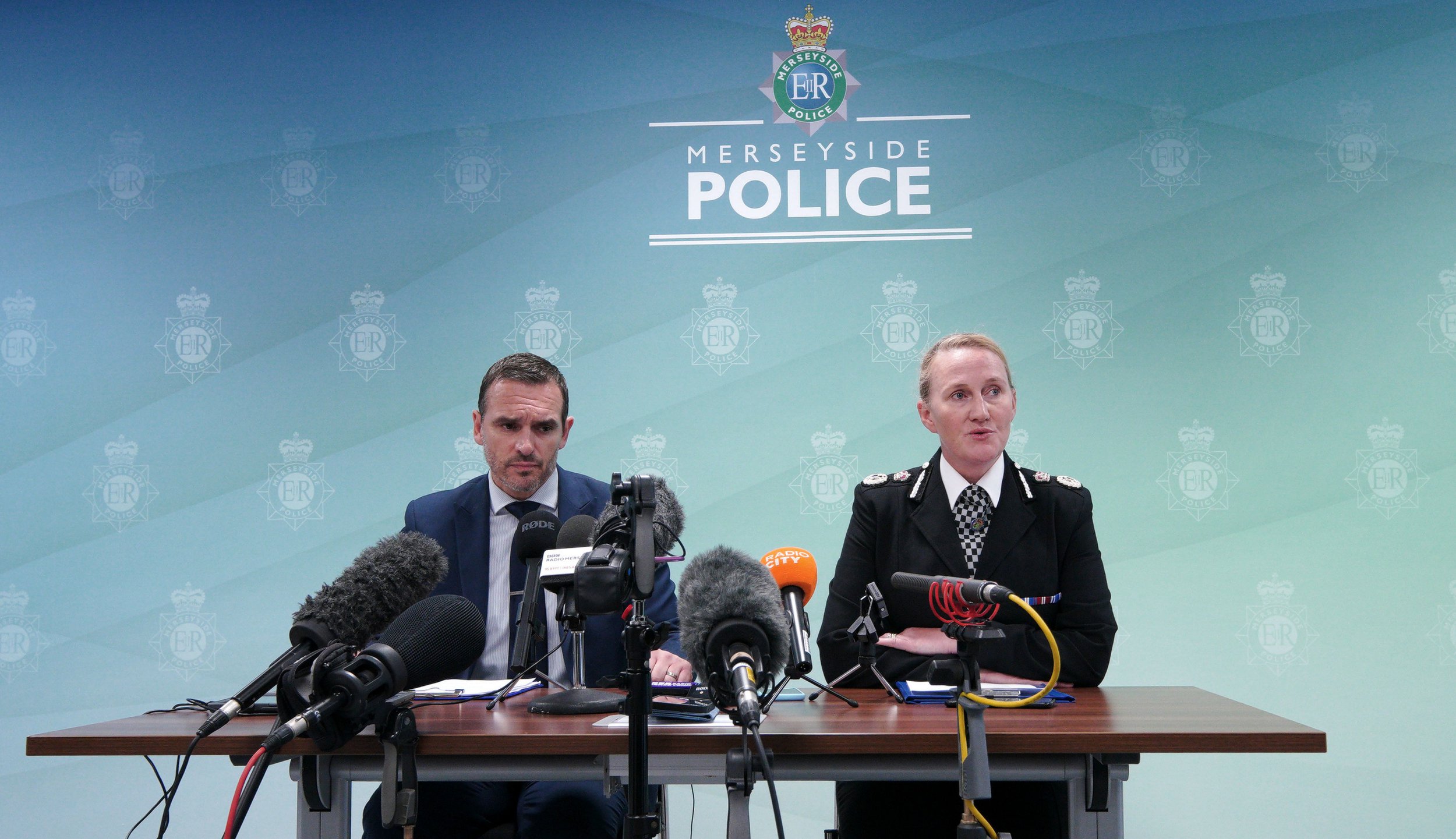 Olivia was standing directly behind her mother when shots began to be fired and was fatally struck.

Cheryl was also injured in the horrific attack.

The man who had forced himself into the home was also hit by a bullet.

He was picked up by friends and taken to hospital ‘while Olivia lay dying’, police said.

In a press conference today, Chief Constable Serena Kennedy said: ‘I know that the murder of Olivia has rocked our communities, who are quite rightly upset and outraged that such an abhorrent crime has occurred here on the streets of Merseyside.

‘The people of Liverpool and Merseyside are known for their compassion and pulling together in times of crisis, and I know that our communities, people are wanting to help the family in any way possible.

‘This is not the time for anyone who knows who’s responsible for this shooting to remain tight-lipped.

‘It is time for our communities to come together with us and make Merseyside a place where the use of guns on our streets is totally unacceptable, and those who use them are held to account.’

Officers had been called to the home on Kingsheath Avenue after receiving reports that a gun had been fired inside the property.

They found Olivia with a gunshot injury to the chest. She was rushed to hospital in a critical condition but later died.

One man whose son knew the schoolgirl spoke to the Liverpool Echo about the impact the death had had in the community.

‘We’re still in shock, I don’t think it’s settled in’ he told the newspaper.

‘She was just a nice little girl, she would ride up and down on her bike. We want to move now.’

Home Secretary Priti Patel has offered her ‘heartfelt condolences’ to the family of the nine-year-old shot following the news.

She said: ‘This morning, I have spoken to the chief constable for Merseyside Police about the tragic shooting in Liverpool last night.

‘It is important that anyone with information comes forward to assist the police with their investigations.

‘The force has my full support and will receive any additional resources they need.’

Sniffer dogs and forensic officers had been seen late last night after a cordon was put in place.

Neighbours on the street told the Liverpool Echo they heard four gunshots ring out before police arrived on the scene.

She added: ‘This is a truly shocking incident in which tragically a young and innocent girl has been shot and sadly died.

‘Our thoughts and condolences go to her family and friends at this very difficult time. No parent should ever have to suffer the loss of a child in these dreadful circumstances.

‘This crime is abhorrent and our communities must come forward and tell us who is responsible.’

The shooting fell on the anniversary of the death of 11-year-old Rhys Jones in August 2007.

The child had been heading home after football practice when he was shot in the back in the car park of the Fir Tree pub in Liverpool, an innocent bystander in the middle of a feud between two rival gangs.

Reacting to the latest killing, Paula Barker, Labour MP for Liverpool Wavertree, told BBC Breakfast: ‘It is obviously devastating and it comes 15 years to the day after Rhys Jones was senselessly murdered on the streets of our city as well. It is completely unacceptable and this mindless violence simply has to stop.

‘I think, as a city, we come together in adversity and I know people in Liverpool will be absolutely horrified this morning.’