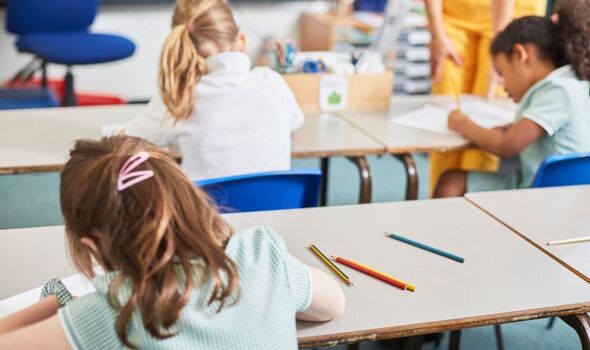 The mother of a seven-year-old girl has explained her daughter’s school has rejected her request to be called by her preferred name, Fiji. The girl – who dislikes her real name, Penelope – was told by her teacher the request goes against school “nickname policy”, despite the fact other teachers took no issue with the girl’s choice.

Taking to Reddit, the mum said her daughter always disliked her name for its length and has preferred, since the age of four, to go by the name of Fiji.

She said: “When she was four she announced she hated the name Penelope because she didn’t like how it sounds and it’s too long.

“I don’t know where she got that [from], and I didn’t particularly care because I figured she’d get bored of it after a few weeks.

“Three years later and since that day she’s always gone by Fiji.”

The mum went on to explain how all her family, friends and neighbours call her daughter by her preferred name – and it has hasn’t been a problem at school until now.

“Her teachers have never had a problem calling her Fiji,” she added. “We just started with a new teacher, and she outright refuses to call her anything but Penelope.

“She was hysterical when she got home because she hates the name and did not want it publicised to her new classmates.

“She said classrooms are formal and focused and nicknames detract from the learning environment because they bring in an element of causality that incites problems.”

Trying to reach a middle ground, the mum ask whether she’d call her daughter Pen instead – but again, the teacher refused.

She said: “Pen is not her favourite thing to be called but it is strongly preferred to Penelope.

“The teacher again refused and said if we didn’t like the name, we shouldn’t have used it.

“I’m concerned that it seems totally lost on her that it’s our daughter’s preference we’re concerned about and we aren’t using her as a mouthpiece for some bizarre nickname agenda.

“She’s come home extremely distraught every day since and I’m at a loss as to what to do.

“I’m wondering if I should just try and get her class changed. If she already won’t call her by her name of choice I can only imagine what other problems may be coming down the road.”

Can I have a Covid vaccine with a cold?