Home » Europe » Girlfriend of boy, 15, fatally stabbed says 'he was the best person I knew' 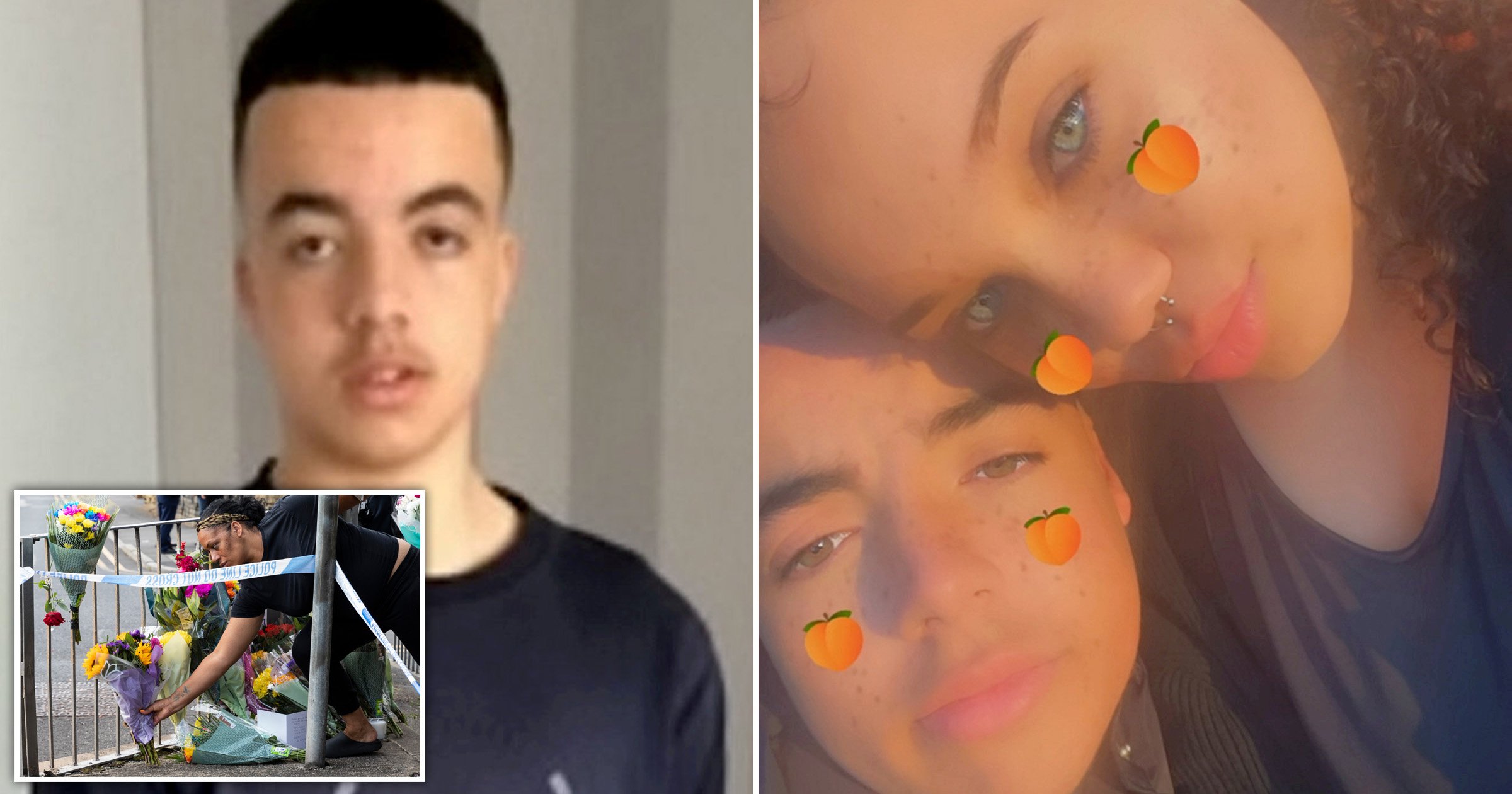 A teen described as a ‘wonderful student’ was stabbed to death outside his school moments after texting his girlfriend for the final time.

Khayri McLean, 15, was stabbed as he walked home from North Huddersfield Trust School in Huddersfield, West Yorkshire, on Wednesday.

He was left dying in a pool of blood and was taken by air ambulance to a trauma centre at Leeds General Infirmary, where he was later pronounced dead.

During the early hours of Thursday morning, a 16-year-old was arrested two miles away after armed police descended on his family home at 5am.

This afternoon, police said a second teenager had been arrested in connection with the death.

Khayri’s girlfriend, Shyana James, 16, told how she was chatting to him on Snapchat moments before he died and he even sent her a photo of the spot where he would eventually be stabbed to death.

Being comforted by her mother close to the murder scene, she said: ‘He was the best person ever. He would drop anything for you and he’d do absolutely anything for anyone.

‘I spoke to him at 2.52 yesterday and he was saying he’d had a good day and couldn’t wait to see me later.

‘He was the love of my life. We were talking about our future the other day.

‘He was just the best person I knew.’

On his Instagram page, Khayri wrote about how it was important to do well at school and get good grades.

He said: ‘T – try to get ur right grades. R – right grades make what yu want in life and Y – you wish for all your dreams to come true.’

The attack was witnessed by many of the school’s pupils who were walking home after the end of the day and have been left ‘traumatised.’

Youngers laying tributes with their mums said they had witnessed the incident.

Reuben, 12, said he had been ‘traumatised’ by what had happened while his friend Alfie, also 12, described Khayri as ‘a very popular kid’.

Describing the incident, Alfie said: ‘I saw him lying on the floor and then one of my teachers started giving him chest compressions to keep him alive and covering the wound.

‘He thought it was a normal school day, going to school and then he came out and got stabbed. He didn’t even get to go home and tell his mum how his day was, and that shouldn’t happen to anyone.’

In a statement posted on the North Huddersfield Trust School website, head Andrew Fell said: ‘It is with enormous sadness that I must tell you that following an incident on Woodhouse Hill Road yesterday one of our pupils has tragically lost their life.

‘The pupil was taken by ambulance to hospital after the incident but despite the most valiant of efforts, medical staff were unable to save their life.

‘This is truly shocking news for our pupils, your children, and our staff. We will be providing specialist support for any among our community who feel they could benefit.

‘Our deepest sympathies go out to the pupil’s family and friends who must feel, as we do, completely devastated. They have lost a loved one and we have lost a wonderful student from our school community.’

Police are treating the attack as a ‘targeted incident’.

Chief Superintendent James Griffiths, District Commander of Kirklees Police, said: ‘We fully realise the concern Wednesday’s murder has caused in communities, and I want to reassure residents everything possible is being done to investigate what took place.

‘Officers have been conducting reassurance patrols in the local area with support from the force’s specialist Operation Jemlock team and I can promise that all necessary resources from across the force are being employed in this investigation.’