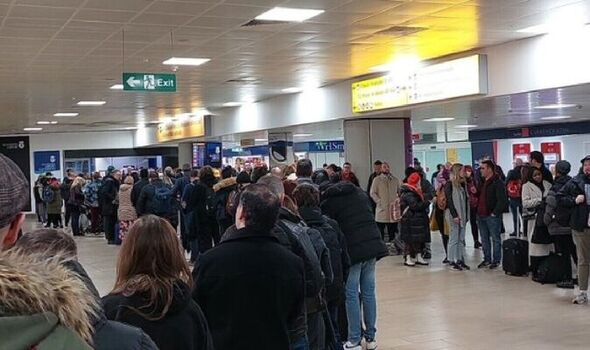 Police and firefighters have arrived on the scene at Glasgow airport as passengers deal with “massive” delays.

Passengers and officials have confirmed there is an “ongoing police incident” at the site.

BBC Scotland journalist Linda Sinclair said the aiport’s central search area has closed after security discovered a “suspect package” at around 6am.

They said via Twitter: “The Airport’s central search area is closed due to an ongoing police incident.

“Check-in remains open to passengers due to depart. More updates to follow.”

Coronavirus could have been in Britain WEEKS before first thought, experts warn