SNP slammed by Murdo Fraser for education standards in Scotland

Opposing groups of supporters flying either the union jack or the Scottish saltire have today met in George’s Square in central Glasgow. Reporter at the scene, James Doleman, on Twitter said: “Sadly for the Union supporters they brought a guitar practice amp for their speakers while the Indy people have a full scale sound system. Currently their rendition of God Save the Queen is being drowned out by “Sunshine Over Leith”.”

The news after a Savanta ComRes survey suggested that if a referendum on Scottish independence were to be held tomorrow, the result would be broadly similar to the 2014 vote.

The Savanta ComRes survey found that 54 percent of Scots support the Union, with 46 percent wanting to leave the UK.

The poll also found that support for the SNP has dwindled and that the party may lose two seats, falling four short of a majority.

It has emerged that the Scottish Green Party are set to record their best result at any Holyrood election, increasing their number of MSPs from six to 11. 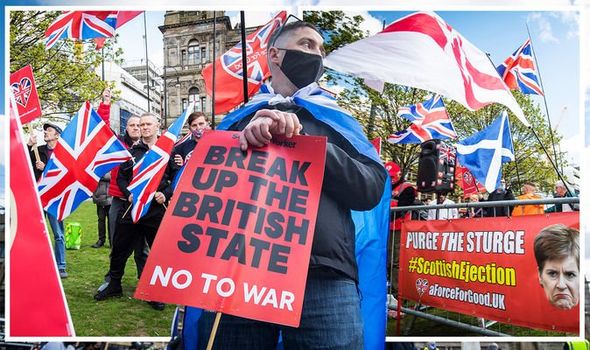 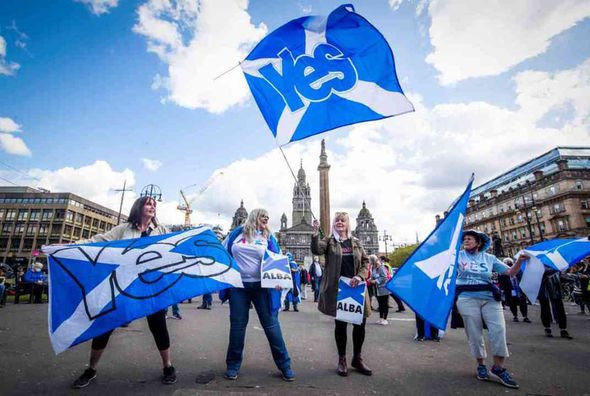 It has been reported that the union supoorters did not stay long at the protest.

Mr Doleman wrote on Twitter: “The Union supporters have now called it a day and are rolling up their flags.”

A follower of Mr Doleman said: “Would it not be better to be out campaigning in constituencies?”

Another quipped: “Take the politics out of these photos. Which group would you rather spend the afternoon with?” 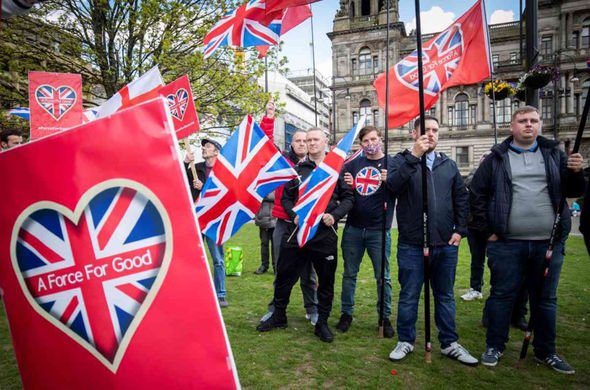