Numerous fire engines have arrived on the scene and firefighters are now tackling the major blaze at the block of flats in Glasgow. Eyewitnesses said at least seven fire engines and a command vehicle were at the scene at Lancefield Quay, on the north bank of the Clyde. Images on social media showed parts of the building were well alight.

A spokeswoman for the fire service said: “We were alerted at 6.43pm on Monday December 9 to reports of a building fire in Glasgow.

“Operations control mobilised 12 fire appliances to Lancefield Quay where officers were met by a floor on the second storey of a three-storey building.

“Crews remain on the scene and are working to extinguish the fire.

“There are no reports of any casualties.” 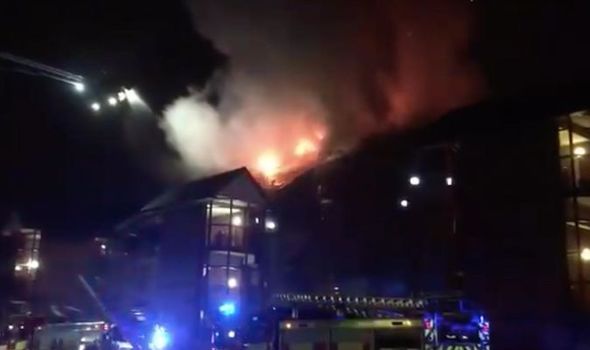 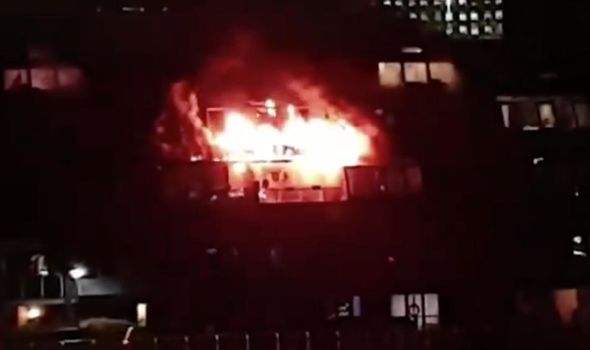 A BBC reporter said fire crews appeared to be containing the fire, but smoke was still billowing from the flats.

There was no immediate word of any casualties.

“Now I can see a hole, about 15ft long in the roof of the building with smoke pouring out still.”

The Scottish Fire and Rescue Service confirmed it was attending a “well developed” fire but gave no further details.

Lancefield Quay, the main road that runs alongside the Clyde in Glasgow, was closed between Elliot Street and Hydepark Street.