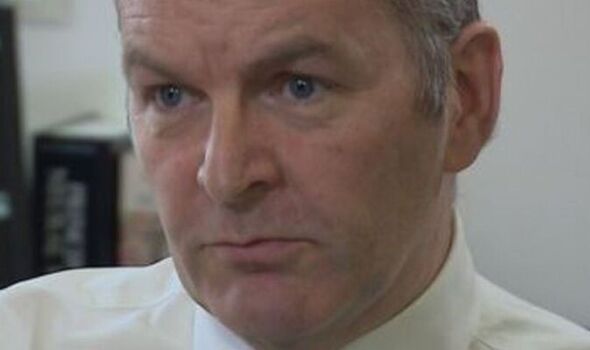 Professor John Paul Leach, a former stand-up comedian, sparked student complaints at the University of Glasgow, where he is head of undergraduate medicine.

The Scottish Feminism Network said the image went “beyond banter” and claimed it was characteristic of “insidious” behaviour that risked undermining the confidence of undergrads.

The diagram is also said to have had minuscule dots representing “driving ability” and the “sex initiation gland” while there was large areas marked “I told you so” and “gossip control”.

Professor Leach is said to have removed the slide from an online student portal following the outcry.

The university is considering the findings of an inquiry believed to be related to allegations of discriminatory behaviour. It is claimed there is a separate inquiry into gender bullying and discrimination.

A screenshot of the brain went on the Moodle portal. An oval allegedly also marked “impulse shopping”, the largest section was “headache generator”.

Prof Leach, a neurologist at Glasgow’s Queen Elizabeth University Hospital who has performed at the Edinburgh Fringe, is said to have shown the slide to students a year or so after being appointed in 2016.

The SFN said: “How can female students be treated with respect if that’s considered acceptable?”

Morag Ross QC has been hired by the university in January to review of the institutions’s approach to addressing gender-based violence.

Prof Leach said he was unable to comment on the matter. The university insisted it “condemns discrimination of any kind”.