The royal proclamation of Charles as King in Scotland was disrupted by loud booing from some spectators on Sunday.

Crowds gathered in central Edinburgh to hear the Lord Lyon King of Arms, who is responsible for royal ceremonies north of the border, formally announce King Charles III’s succession from his late mother.

The ceremony initially went off without a hitch, as spectators remained silent for the main declaration and the following fanfare by state trumpeters.

But the conclusion of the rite, when the Lord bellows ‘God Save the King’, was immediately with a loud boo from a male voice, immediately followed by jeering from a number of spectators.

It was soon drowned out by a louder chant of ‘God Save the King’, before trumpets started playing the national anthem as a three-gun salute began to ring out.

The disruption settled as much of the crowd sang along with the anthem, although some booing could be heard again afterwards as the Lord led three cheers of ‘hip hip hooray’.

It is unclear whether the initial jeering came from anti-monarchists joining in with the man booing or simply expressing anger at him.

There was some jostling in the crowd moments before the proclamation when a woman appeared with a sign reading ‘F*** imperialism, abolish the monarchy.’ 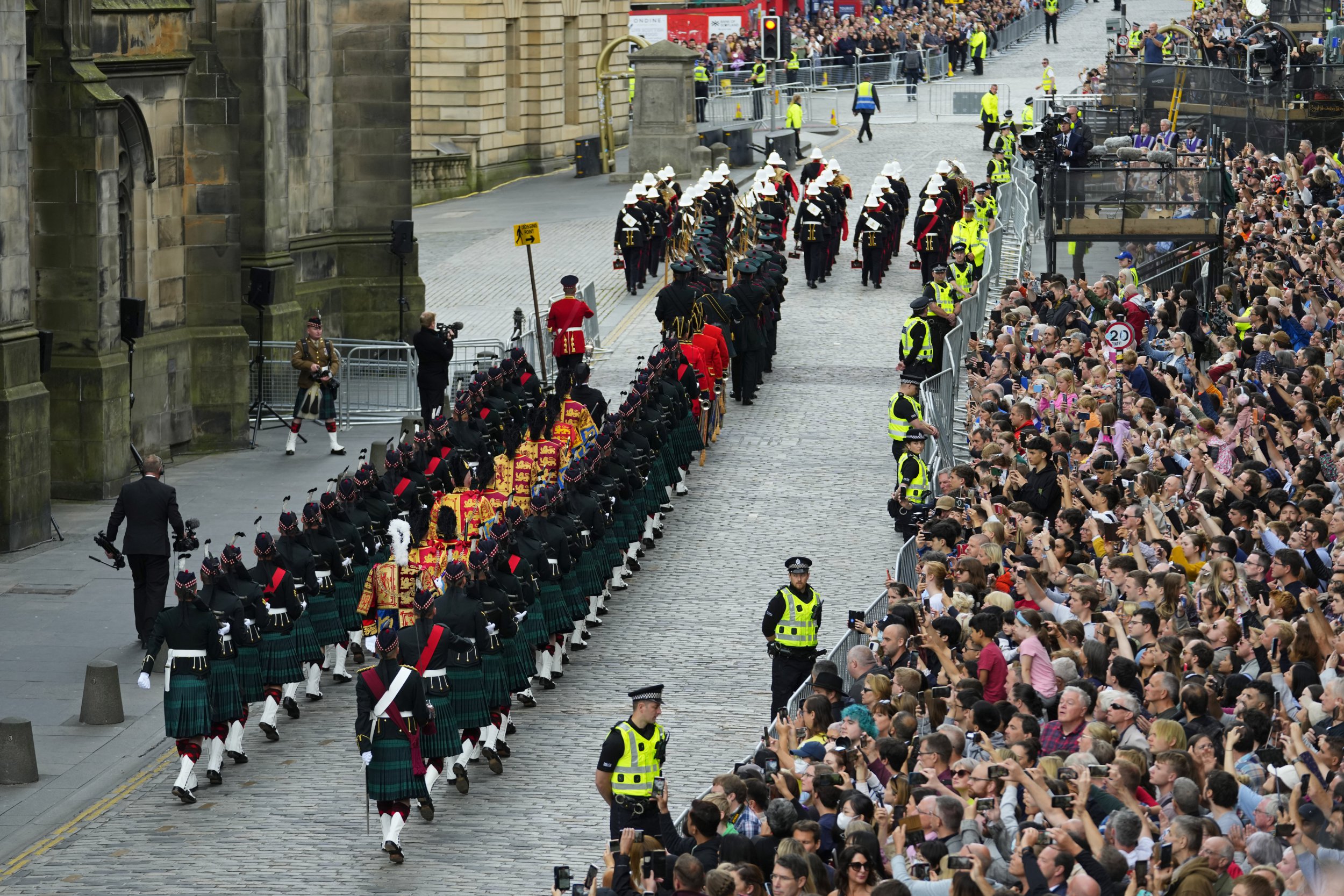 People in the crowd applauded as a police officer took her away, although one man was heard to shout: ‘Let her go! It’s free speech!’

The proclamation at Mercat Cross, near St Giles’ Cathedral, was one of dozens taking place across the country on Sunday.

The centuries-old tradition ensured the monarch’s subjects learned when a new person had taken the throne in the days before phones, telegrams or the internet.