Mrs Challen, 65, bludgeoned her 61-year-old husband to death with a hammer in 2010 after decades of coercive control – a form of domestic abuse that strips victims of their liberty and freedom.

Now, her defence lawyer, Clare Wade QC, has been appointed by the Ministry of Justice (MoJ) to carry out the independent review to decide whether there should be reforms.

It comes after concerns were raised about the minimum prison term for murders committed with a weapon – with the MoJ analysing more than 100 cases.

Ms Wade acted as lead counsel in Mrs Challen’s out of time appeal against her conviction, seeing her become the first woman to have her murder conviction quashed under coercive control laws. 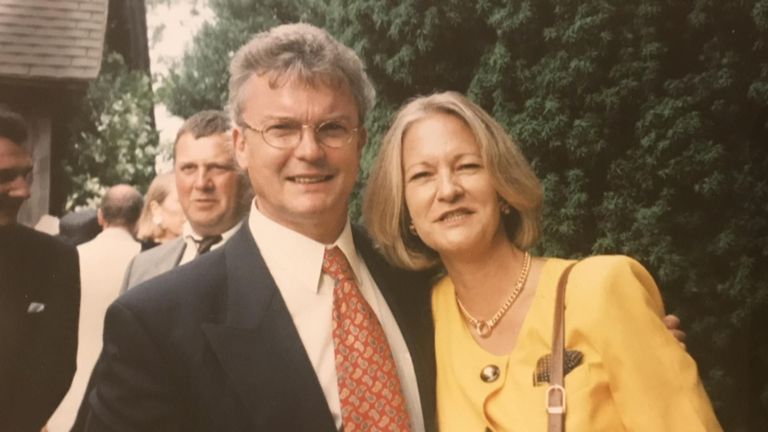 The barrister specialises in domestic homicide and has decades of experience working on murder and manslaughter cases.

She is expected to set out her findings and recommendations to Justice Secretary Robert Buckland after examining the data in more detail.

Mr Buckland has welcomed her to the role, and said the government wants to take a “closer look at how the law is working to ensure the public is protected and that sentences reflect the severity of these heinous crimes”.

Mrs Challen was tried and convicted for murder but was released in 2019 after an almost nine-year legal battle, with the Crown Prosecution Service (CPS) accepting her plea of manslaughter by diminished responsibility.

Mrs Challen was sentenced to nine years and four months in prison – meaning she could walk free from court due to the time she had already served behind bars.

Mr Justice Edis said the killing came after “years of controlling, isolating and humiliating conduct”, as well as the added provocation of her husband’s “serial multiple infidelities”.

Domestic abuse commissioner Nicole Jacobs welcomed the decision, saying: “It is time that we ensured that sentencing for domestic homicides truly reflect the reality and gravity of domestic abuse, which so often follows prolonged periods of abuse. Victims and their families deserve no less.”

Dame Vera Baird, the Victims’ Commissioner for England and Wales, also supported Ms Wade’s appointment, adding: “Evidence shows that women are more likely than men to use a weapon to defend themselves against an abusive partner, but this attracts a longer sentence than violence without a weapon.

“The fear is women – who are themselves victims – are serving lengthy jail sentences for simply choosing to survive.”

Early end to isolation? Boris says NO to Labour bid to advance the change to rules

In darkest place: 'I don't want to be sofa-surfing at 50'