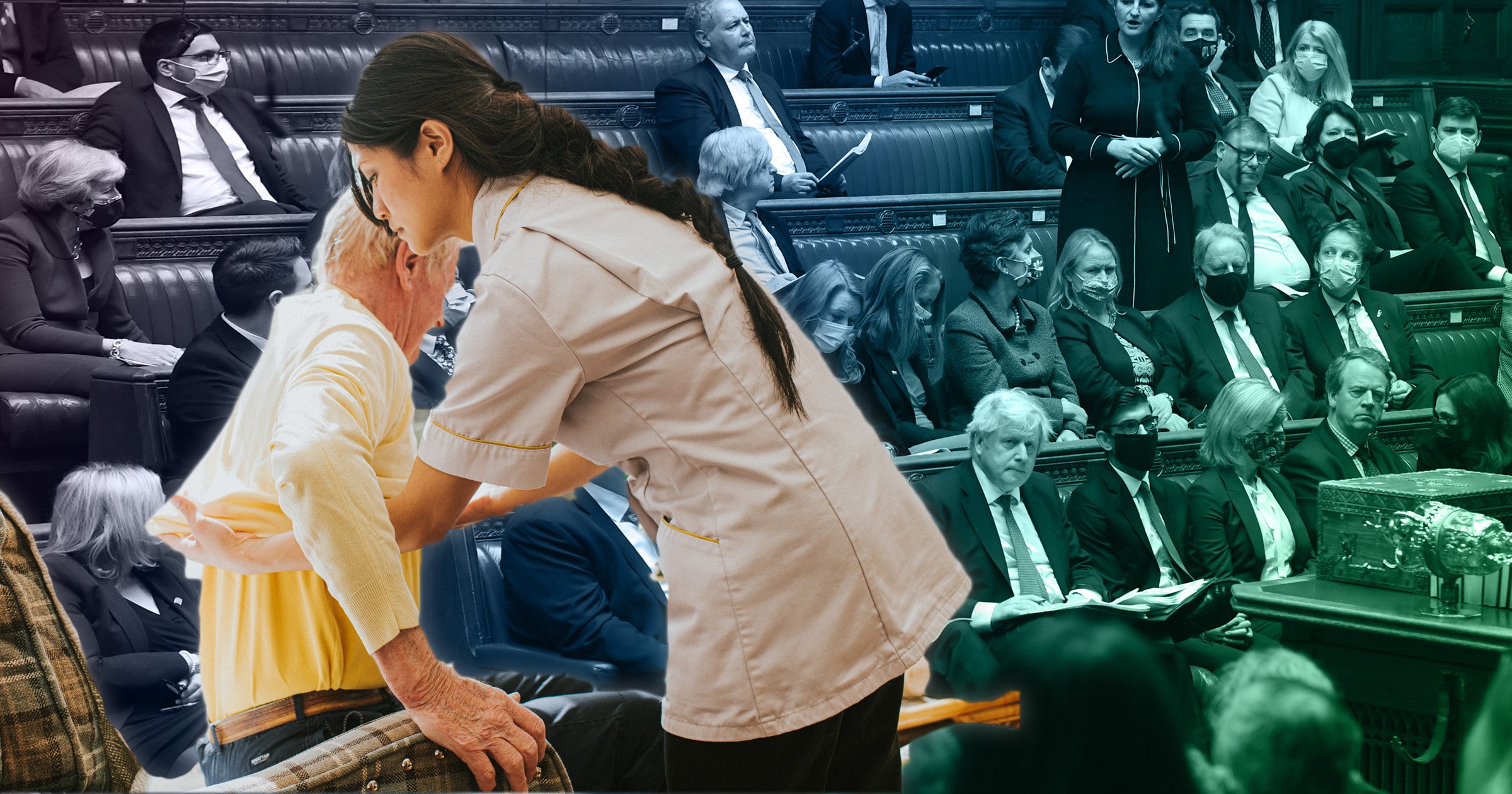 The government has survived a rebellion among its own ranks to force through a controversial change to its social care reforms.

Dozens of Tory MPs who feel the policy has been watered down refused to vote in favour of a tweak to the long-awaited policy, despite Boris Johnson insisting the package as a whole is still ‘incredibly generous’.

The government previously announced that an £86,000 cap on care costs will be put in place from October 2023, a huge and costly shift that successive government’s have grappled with for years.

But a change to the small print of the proposal which emerged last week stipulated that financial support received by poorer people from the state will not count towards the limit, meaning wealthier people will hit the threshold sooner.

The ‘clause 49’ change has been defended on the grounds of fiscal constraints by the government but savaged by critics who say people with limited assets will lost disproportionately more.

Economist Sir Andrew Dilnot, architect of the original plans for a care cap, said it will mean that poorer recipients of care, including those in the North of England and in areas with lower house prices, will be hit hardest.

The change passed the Commons by 272 votes to 246, a majority of 26, but not without a significant number of Tory MPs voting against or abstaining, another blow for the beleaguered prime minister.

Ex-chief whip Mark Harper, who was highly critical of the PM over his handling of the Owen Paterson affair, was among the first backbenchers to publicly say they would rebel against the government.

The former Tory leadership hopeful said the policy ‘potentially disadvantages the less well-off and those of working age with life-long conditions’.

Another Conservative MP, John Baron, highlighted concerns from the Tory benches ‘about the distribution of the relative losses and the worry that those less well-off are going to be hit hardest from the government’s amendment tonight’.

Although the bill passed, the rancour on the Tory benches over the amendment is further evidence of the splits that have opened up in the party in the wake of the sleaze scandal.

The government has a majority of 77 but has struggled to lead the entirety of the Conservative party through the voting lobbies in recent weeks.

According to the BBC’s political editor, there is concern within Downing Street that Boris Johnson is losing his grip on the government.

In the wake of a bizarre speech to business leaders, a senior Downing Street source apparently said: ‘There is a lot of concern in the building about the PM…It’s just not working’.

Labour voted against the change, with shadow health secretary Jonathan Ashworth telling Sky: ‘If you live in a £1 million house, perhaps in the Home Counties, 90% of your assets will be protected if you need social care.

‘But if you live in an £80,000 terrace house in Hartlepool, Barrow, Mansfield or Wigan, for example, you lose nearly everything.

‘That is not fair, that is not levelling up, it is daylight robbery.’

The Tory manifesto for the 2019 general election said social care reforms must ‘guarantee that no-one needing care has to sell their home to pay for it’.

Asked about that pledge today and whether the policy would prevent enforced house sales, a Downing Street official said ‘I can’t predict individual situations’.

MPs have another opportunity to debate the amended Health and Care Bill on Tuesday before it is expected to receive extended scrutiny in the House of Lords.

Check the Covid rules where you live