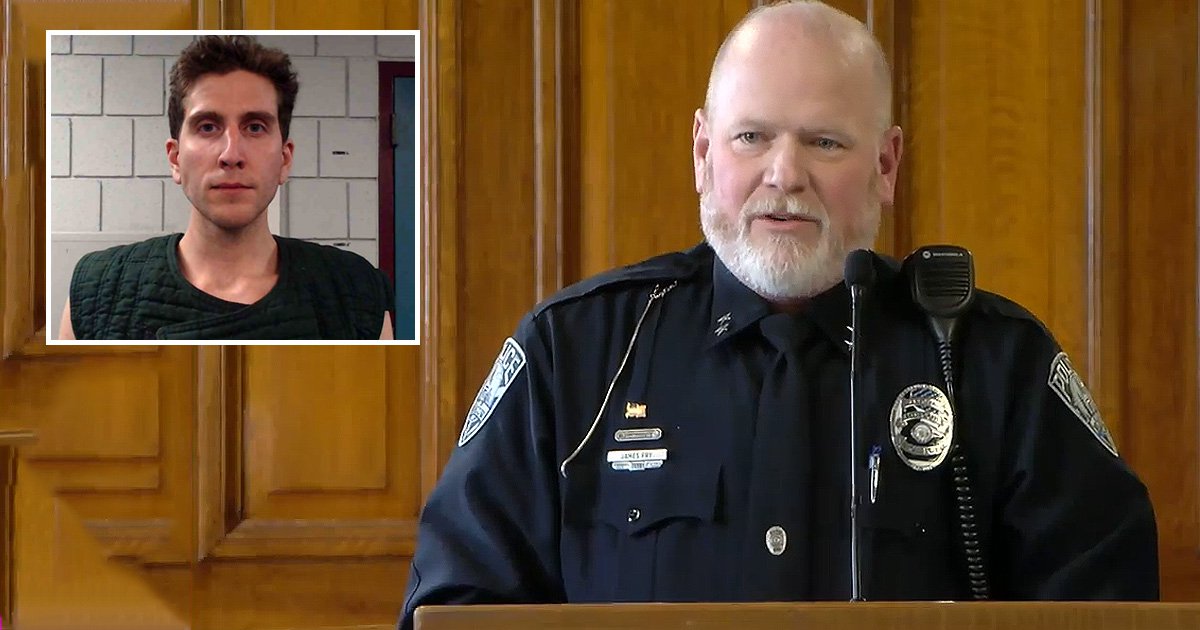 Police in Moscow, Idaho announced the arrest of a suspect in the gruesome murder of four college students over one month ago.

Bryan Christopher Kohberger was arrested in Albrightsville, Pennsylvania. He was charged with 4 counts of first-degree murder, and felony burglary – which entails entering a residence with intent to commit murder.

‘Kohberger resides in Pullman, Washington, and is a graduate student at Washington State University,’ Moscow Chief of Police James Fry said at a press conference on Friday.

‘The people of Idaho and those throughout our nation who provided information has been very impressive.’

‘The work is not done, this is just getting started,’ Chief Fry said. He promised the department will be ‘laser-focused on pursuing every lead’ regarding Kohberger.

‘This is not the end of this investigation, in fact this is a new beginning,’ Latah County Prosecuting Attorney Bill Thompson said. ‘Anyone who knows about this individual come forward, call the tipline,’ he said.

Fry confirmed that police are looking for tips regarding ‘anything and everything’ to do with Kohberger.

Fry said they are still searching for the murder weapon, but they did find a the car they believe left the crime scene – a white Hyundai Elantra.

Fry said police have been in touch with the families of the victims. ‘These deaths have shaken our community, and no arrest will ever bring back these young students.’

Thompson said authorities are barred from releasing any details about the investigation until Kohberger arrives in Idaho and is seen before a court in Latah County.

It is unclear when he will arrive in Idaho. He is scheduled to appear in court in Pennsylvania on Tuesday, January 3. He will then decide whether he will voluntarily return to Idaho, or go through the formal extradition process.

Kohberger has been denied bond in both Pennsylvania and Idaho.

University of Idaho President Scott Green called Friday’s announcement ‘a relief’ to the college. ‘This crime has nevertheless left a mark on our community, our university, and our state,’ he said.

Meanwhile, the scheduled cleanup of the crime scene was halted today due to a court order.

Popular pensioner (73) dies after being struck by Luas