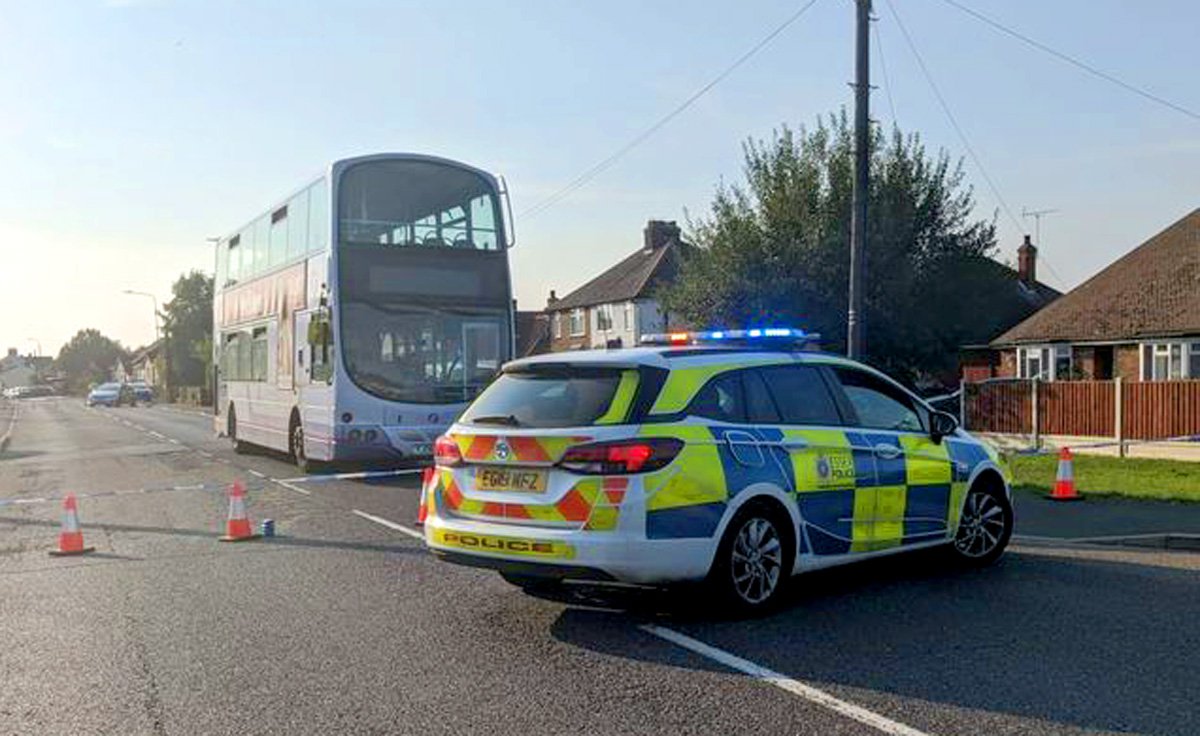 A grandmother who died after being hit by a bus may have stumbled into the road while using her mobile phone, an inquest heard.

Despite police and paramedics rushing to the scene, she was pronounced dead just 10 minutes later.

An inquest into her death at Essex Coroners’ Court was told several witnesses said they saw Ms Toddington holding a phone as she walked along the footpath before she ‘stumbled’ into the road.

The court also heard there was a dropped kerb in the area where she lost her footing, EssexLive reports.

Detective Constable Jenny Puri told the hearing that although there was ‘nothing extreme about the drop’, there was ‘a possibility to misjudge the drop and stumble’.

Analysis of Ms Toddington’s mobile showed a 51-second call was made at the time of the crash, suggesting she was either speaking or in the process of hanging up when the collision occurred.

Area coroner Lincoln Brookes said there was a chance she may have failed to spot the section of the dropped kerb while distracted on her phone.

He also suggested Ms Toddington could have been experiencing a medical episode considering her history of epileptic fits but said there was no evidence to back that up.

The driver of the bus passed roadside drugs and alcohol tests, along with an eye test, and was found to have been travelling within the 30mph speed limit.

Mr Brookes said he was ‘satisfied’ Ms Toddington had ‘inadvertently, but for reasons unclear, left the pavement’ and veered ‘into the path of the oncoming bus’.

He added that ‘on the balance of probability’ the ‘most appropriate conclusion’ was that Ms Toddington died as a result of a road traffic collision.