Home » Europe » Grandad ordered to pay back mystery £110,000 which appeared in his account 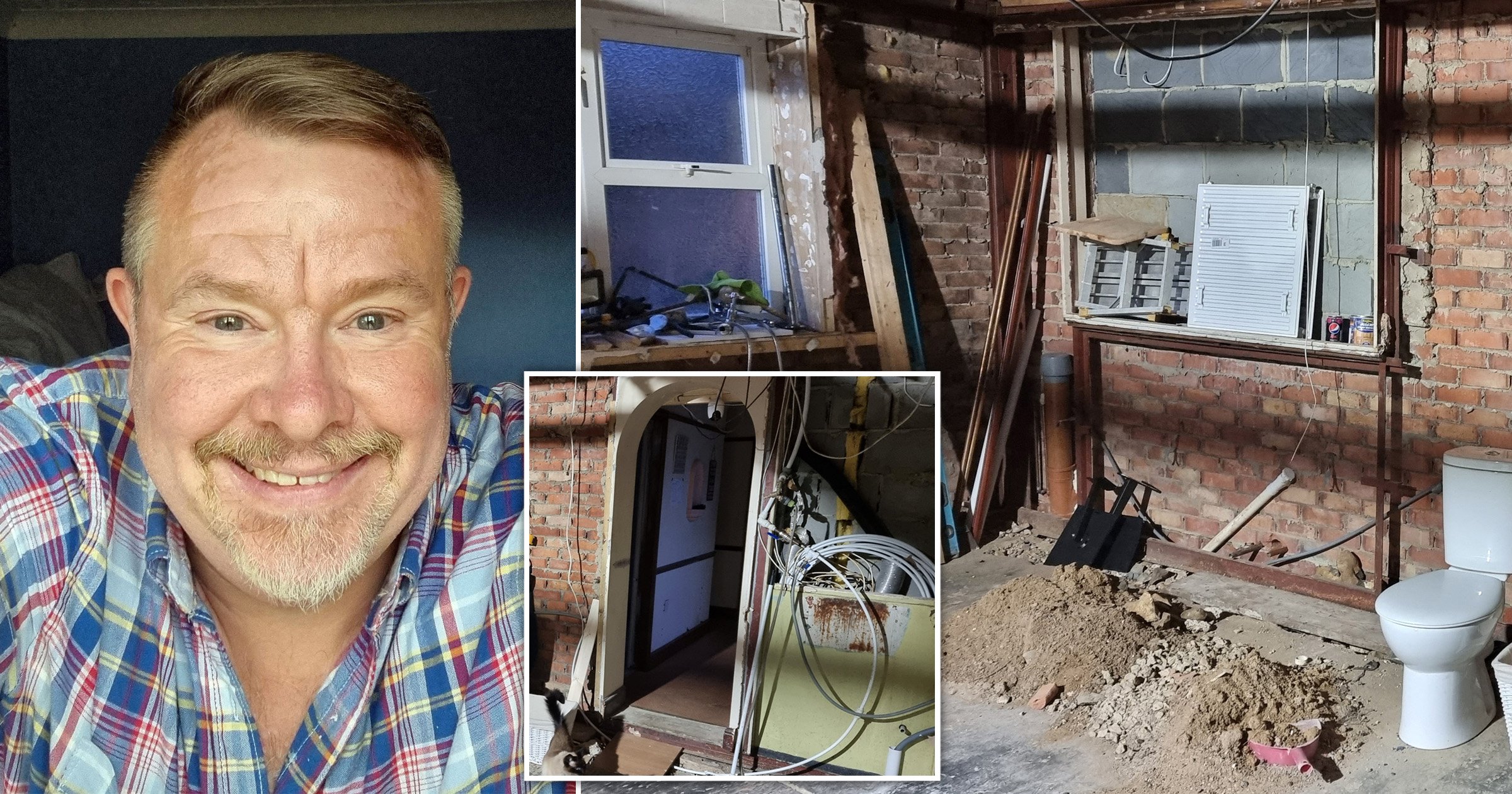 A furious granddad is out-of-pocket after his bank mistakenly told him he could keep £110,000 which mysteriously landed in his account.

Russell Alexander, 54, from Norfolk was surprised when huge sums of money – up to £50,000 at a time – started appearing in his account.

He immediately queried the unexpected payments with Barclays, and after getting no reply, was eventually told the money was from an inheritance and his to keep.

The handyman decided to use his new funds to buy a £237,500 doer-upper new home.

But nine months after the cash started appearing in his account, Barclays realised it had made a mistake and took all of the money back –  – including an extra £6,000.

Russell claims he’s been left living in a semi-derelict home with no heating, and no funds to fix the issues.

Barclays has admitted the money was transferred by another person in error – and Russell was ‘incorrectly advised that he could keep the funds’.

Russell said as a way of an apology Barclays had offered him £500 in compensation, an offer which had ‘totally outraged’ him.

He said: ‘I’ve been a loyal customer for 40 years and they clearly told me twice the money was mine to spend.

‘I planned to renovate the house to rent out rooms on Airbnb, but I’ll need to work now to earn the money and it will take years.

‘I never would have bought it if I didn’t have the extra money.’

Russell first noticed money appearing in his account on December 29, 2020.

A payment of £30,000 was paid into his account along with the reference ‘last of mums’ which made no sense to him.

He contacted Barclays via its website chat service but got no response.

Russell claims a few weeks later a bank worker called him to say the transfers looked like direct inheritance payments to him, and he could spend the money.

Russell moved into his project house on June 23, after he and his ex-fiance sold their seven-bed B&B property, and started work.

Then in September, a customer of Russell’s former business rang him up and confessed he’d been the one to accidentally pay the money into his account.

Shocked, Russell called Barclays which confirmed it had made a mistake. On September 29, it withdrew the money from his account.

Russell said: ‘It made no sense to me when the money just arrived, but I checked with the bank twice and with an accountant – they all said spend it.

‘I pulled the house to bits and planned to use the money to do it up, but now they’ve taken it back and I have to live in one room of a derelict house.

‘I’ve had sleepless nights over this for weeks.

‘I don’t know what the matter is with Barclays. This is no way to run a bank.

‘I’m disgusted that this is how they treat their loyal customers.

‘I’ve banked with them for 40 years. After giving me nine months of false hope their £500 compensation is a total insult.

‘They make billions of pounds a year.

‘It’s been sat there nine months and they said if I’d spent it they couldn’t do anything, but because I didn’t they’ve just taken it back.’

A spokesperson from Barclays said the bank was ‘sorry’ to hear about Russell’s experience.

They said: ‘It is evident that the sender of the funds had selected the incorrect intended recipient from their payee list when completing the online payment instructions.

‘There is a verification page displayed to allow the customers to check that the details entered online are valid and correct before proceeding to confirm the payment is to be made.

‘Unfortunately, when the recipient sought clarity regarding the unexpected funds being received in his account, he was incorrectly advised that he could keep the funds.

‘Subsequently, the funds were removed from the account following a claim from the original sender.

‘However, due to our error an additional £6,000 above the intended sum received was incorrectly removed. This will be returned to our customer together with lost interest.’

They also urged customers to report unexpected funds immediately and to regularly delete one-off payees from the app or online banking site.