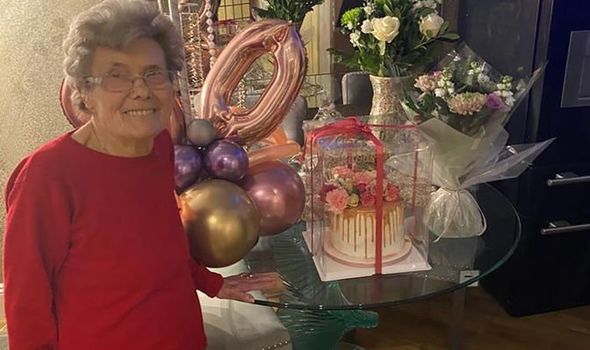 Ross Morecock believes his mum Sheila’s diamond ring was stolen at Good Hope Hospital in Sutton Coldfield, West Midlands, depriving her of her final wish for the 50-year-old ring to go to her only granddaughter Danielle. Sheila, 90, handed Ross an envelope, which contained several pieces of her jewellery, but he noticed the diamond engagement ring was missing.

Sheila died days later at the NHS hospital, which the Care Quality Commission said “requires improvement” after its last inspection in October 2021.

Speaking today, Ross said: “I really wanted to be able to pass the ring to my daughter, mum’s granddaughter, as that’s what she wanted to do. But I can’t. It’s the principle now.

“They don’t seem to realise you’re not fulfilling what you wanted to do.”

“It’s not the money.

“My mum died and I can’t finish off what she wanted, I feel I would have let her down if I didn’t try and do something about it.

“My true feeling is someone has stolen the ring.”

The NHS trust told Birmingham Live it is “in the process of organising a reimbursement”.

My true feeling is someone has stolen the ring

Sheila was admitted to the hospital in March last year, after she became unwell at her home in nearby Streetly, West Midlands.

Her family were given limited opportunity to see her during the coronavirus pandemic’s third national lockdown and Sheila died after a spell in the AMU (acute medical ward).

Recalling his ordeal, heartbroken Ross said: “The hospital said when mum went in they recorded on a document that she had got four rings on.

“But she had five. A red ruby ring, which was covering her engagement ring, that had the diamond facing inwards. Her wedding ring, my nan’s wedding ring and an eternity ring.

“Her Longines watch was in a bag of washing that they gave us. It was the clothes she went in in and was sick on. I was going to chuck them away but my wife told me to check them and I am glad I did.

“We were told the red ring was taken off ‘because we were scared of losing it’.

“They said it could have come off, but it was being held by the ruby ring, which they had taken off.”

The dad was upset that the system in place did not seem to work.

He continued: “I asked if they ever found items in the laundry and they said they ‘never find anything’.

“It just seems to me they don’t want to acknowledge any of this at all. I have contacted PALS (Patient Advice and Liaison Service), written to the trust’s CEO and to Andrew Mitchell (MP for Sutton Coldfield) and no one has come back to us.

“As well as her rings she also had a gold necklace and locket which was returned. But the engagement ring was by far the most valuable.

“It was a yellow gold ring with two square shanks coming up to it and a single a 1.5-carat diamond. It was 50 years old and it has been estimated to be worth £7,000 by Atkinsons The Jewellers.”

But Ross said he was told by police that items going missing at the hospital was a “regular occurrence”.

West Midlands Police has investigated the matter and it is believed officers have interviewed members of staff at the hospital.

However, Ross admits it will now be difficult for the force to progress without CCTV or a witness.

“PALS told us to contact the police. They took it very seriously and visited the hospital and interviewed members of staff,” he continued.

“The police told us that they did not think they were going to find who had taken the ring and explained that there had been a number of cases over the last months with patient’s jewellery going missing, especially elderly patients.

“They said ‘it was not unusual’. But without CCTV or a witness, it was not possible to find out what had happened.”

A spokesman for West Midlands Constabulary said: “We received an allegation of theft and after following all appropriate lines of enquiry the matter was filed pending any further information coming to light.

“We kept the complainant updated throughout the investigation.”

A spokesman for the hospital for said: “We are sorry for any distress this situation has caused the family of Mrs Morecock, at what must continue to be a very difficult time for them.”