It is hard to know what time of day it is on Evia.

Clouds of billowing smoke and ash have diluted the sun, leaving a strange hue across the island.

It is a depressing vista in a place known for its beauty.

Fire has destroyed so much of Evia‘s lush territory.

The flames have destroyed homes too and the residents who are still here live in fear their properties may also be taken.

On a hilltop overlooking a vast valley, we met Nicholas Valasos.

He is staring out at the vast cloud of smoke rising upwards, watching the planes and helicopters depositing vast amounts of water onto the burning ground below. 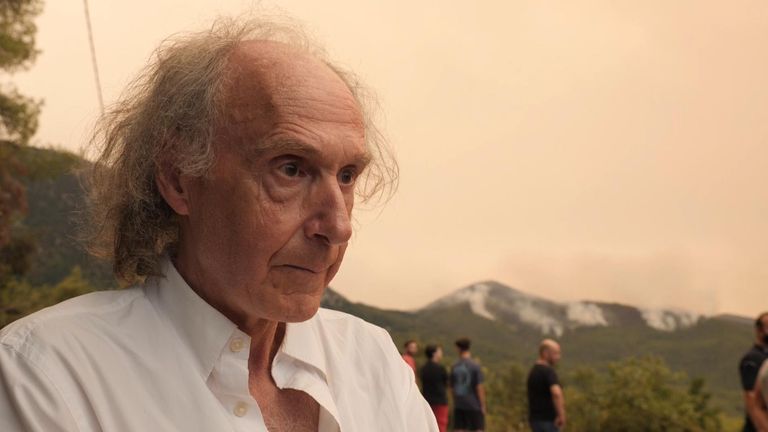 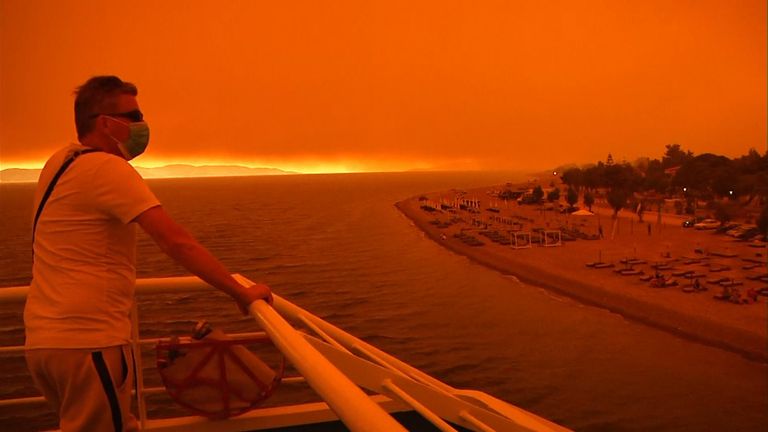 He is tracking the passage of the fires because his house is now vulnerable.

He says the police woke him in the night and told him to leave the island – but he cannot bear the thought of it.

He got his elderly parents to safety and came back. 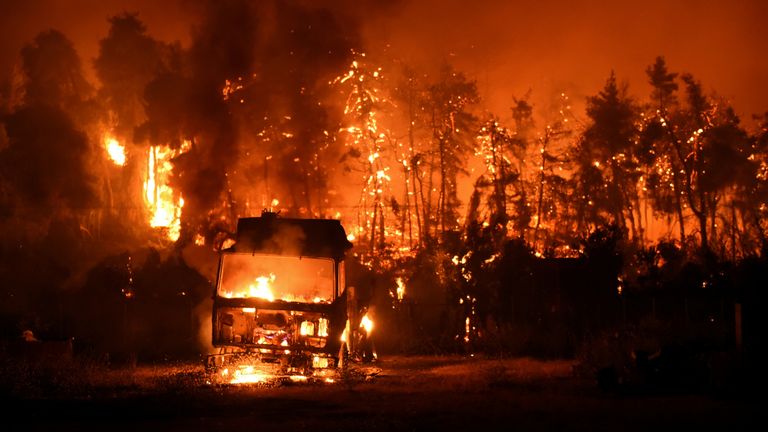 “Whatever you see from here it is just ruined, charcoal, just nothing left,” he says.

“The worst thing is being woken up at three thirty in the morning by the police, telling you to evacuate, to leave everything behind and to run away.

“This is something that I can’t really do.” 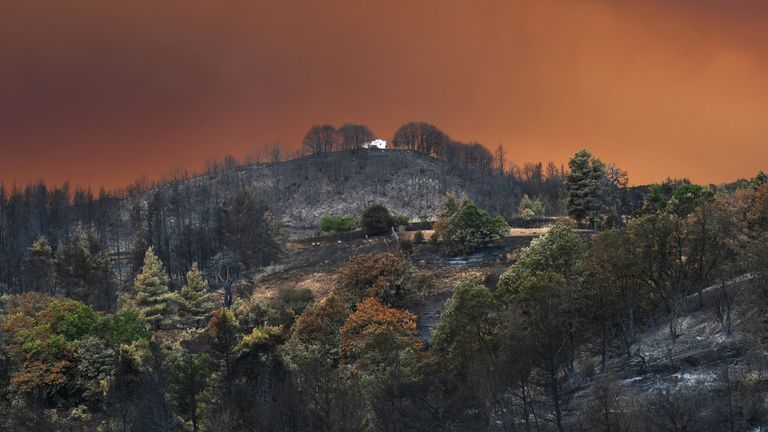 But thousands have fled Evia, fearing for their lives as the fires continue to burn day after day.

Help has come in the form of firefighters from Romania and Ukraine, and British crews are now also on the ground and preparing to help the overwhelmed Greek emergency workers.

After days without rain and high temperatures the land on this island is parched and ready territory for the flames to spread.

But those who have stayed on Evia are fighting to protect it, racing to any sign of fire to do what they can to stop its passage. 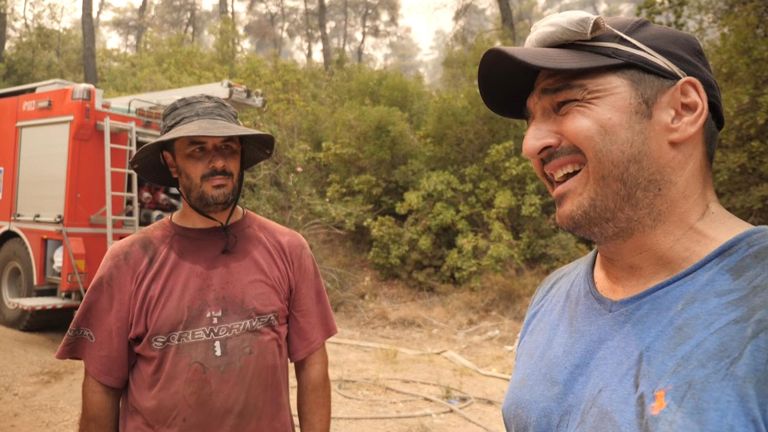 In one forest we met Ihlias Matsagouras, who lives locally .

He is with his friend John Skobris.

John is on holiday from Canada but volunteered to help when the fires started.

“Every day you want to cry.”

Ihlias says: “It is not easy to see. My family is here. I have four kids. What do I give to them?” 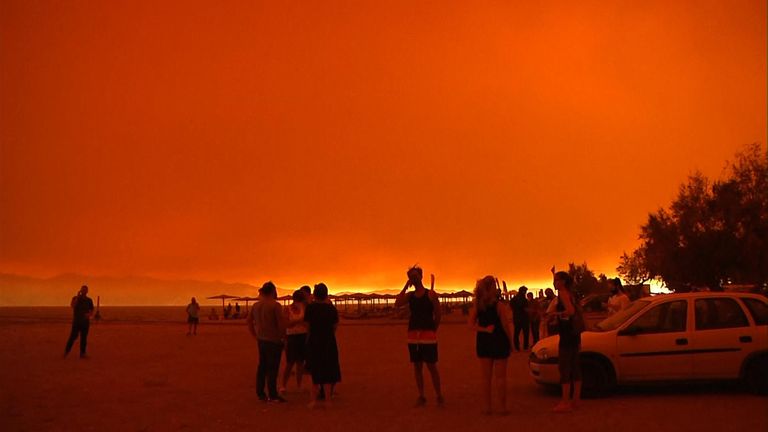 What he prays for is rain, but high temperatures are again predicted for the coming days.

That will make the battle against the fires on Evia tough and unpredictable.

And those remaining on their beloved island fear they may have follow their neighbours, friends and loved ones off Evia.

They would leave behind their homes not knowing what will be left when they return.