A £24,000 bronze statue of Greta Thunberg, which has been described as a “vanity project”, has been unveiled at the University of Winchester.

The controversial life-size bronze sculpture of the environmental activist has been placed on the university’s campus, despite calls from the students’ union and staff union to delay the unveiling.

The university was criticised for the timing of the big reveal, with opponents believing that it should have been postponed after years of austerity. 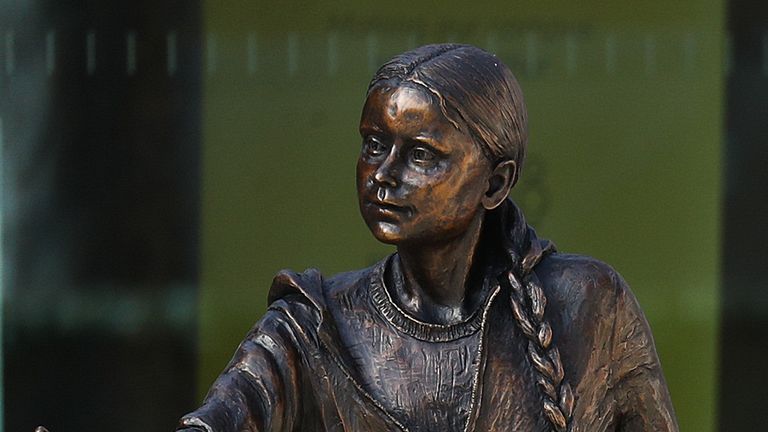 The university had commissioned the £23,760 bronze of Thunberg in 2019 but has since had to make cuts to staff numbers and university services due to the impact of the pandemic.

Last week, students’ union president, Megan Ball, told Sky News that it has urged the university to pause the unveiling.

“Students are angry and frustrated, we should have the opportunity to see how their money is being spent,” Ms Ball said.

Despite facing criticism from Winchester Student’s Union (SU) and the University and College Union (UCU), the university’s vice-chancellor Professor Joy Carter said they are “proud to honour” Thunberg.

“The university’s approach to art is to commission or purchase unusual and striking pieces which embody our distinctiveness and values,” she said. 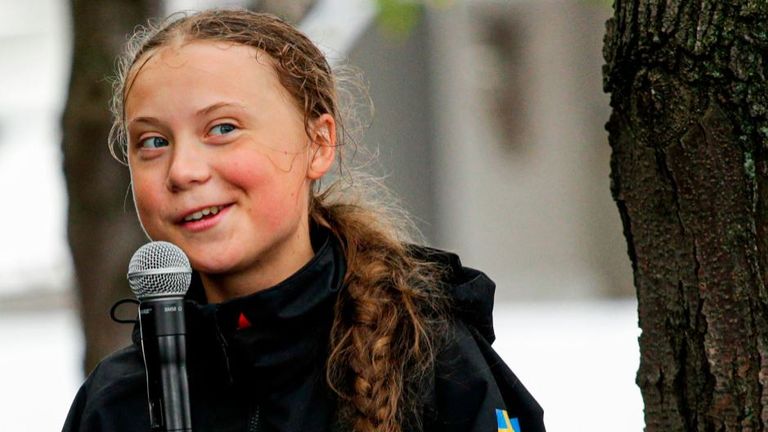 “Greta is a young woman who, in spite of difficulties in her life, has become a world-leading environmental activist.

“As the university for sustainability and social justice we are proud to honour this inspirational woman in this way.

“We know that many find her a controversial figure.

“As a university, we welcome reasoned debate and critical conversations.

“We hope her statue will help to inspire our community, reminding us that no matter what life throws at us we can still change the world for the better.”

Ms Carter added that no funds were diverted from student support services or from staffing. 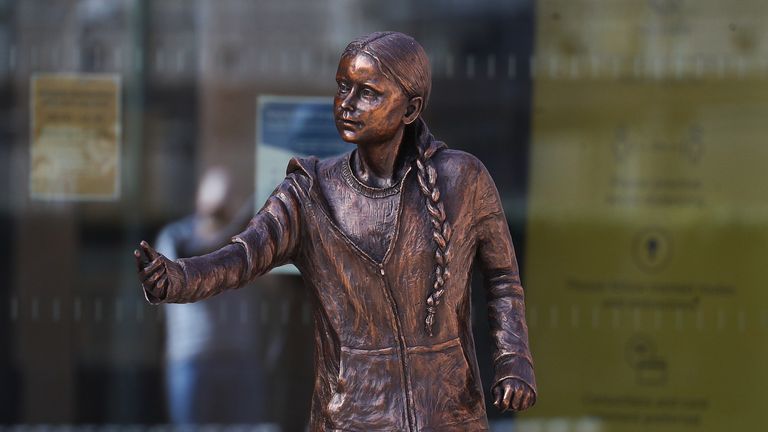 The UCU posted a motion of censure on Twitter, stating that while it “supports the role that Thunberg has played globally, this has come after several years of austerity”.

“This money should have been better used by preventing redundancies and other cuts at the university,” the UCU added.

She said the “the statue is a vanity project by the outgoing vice-chancellor”.

Following the official unveiling, the UCU tweeted: “The university’s distinctive approach to commissioning pieces of art is to do so in unminuted meetings and/or avoid any committee scrutiny.

“Not the ideal approach when spending university money.”

The bronze is called ‘Make a Difference’ and was created by artist Christine Charlesworth, said that Thunberg is a remarkable woman who “has been able to forefront the mobilisation of young people in support of global environment protection”.

The University of Winchester declared a climate and ecological emergency in 2019 and has eliminated all unnecessary single-use plastic across, as it aims to be carbon neutral by 2025.

Ukraine cracks down on smuggling of masks as cities announce shutdowns