Sky News presenter Kay Burley asked Dominic Grieve whether he “regrets” the introduction of the Fixed-Term Parliaments Act in 2011 when he was Attorney General. The former Tory MP said it “wasn’t his decision” to introduce the legislation, but admitted it should have had a “sunset clause”. Speaking on her Sky News Breakfast show, Ms Burley remarked: “I was doing a bit of research this morning, you were Attorney General when the Fixed-Term Parliaments Act was introduced in 2011.

“What a terrible bit of legislation that was.”

Mr Grieve replied: “Well it probably was but it was a decision made by the coalition Government at the request of the Liberal Democrats.

“Because the Liberal Democrats were concerned that David Cameron could bring the coalition to an end without their agreement and trigger a general election when they didn’t want one.

“I think history certainly suggests that we would be better off without it.” 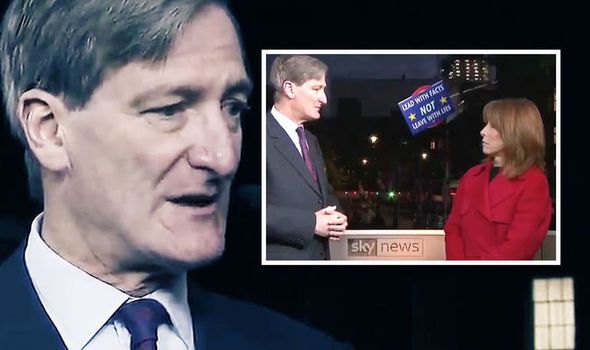 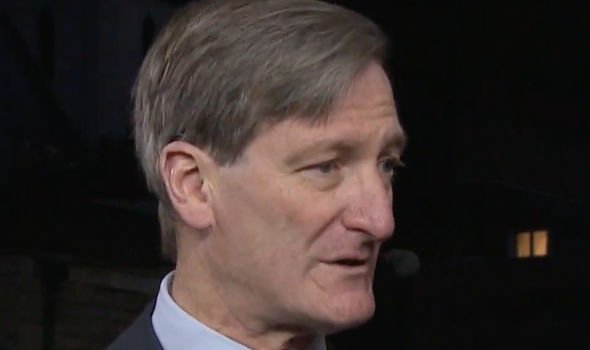 The TV presenter asked: “Do you regret it?”, to which Mr Grieve said: “Well, it wasn’t my decision.”

Ms Burley jokingly said: “That’s what happens when you rush a Bill through Parliament, you see.” 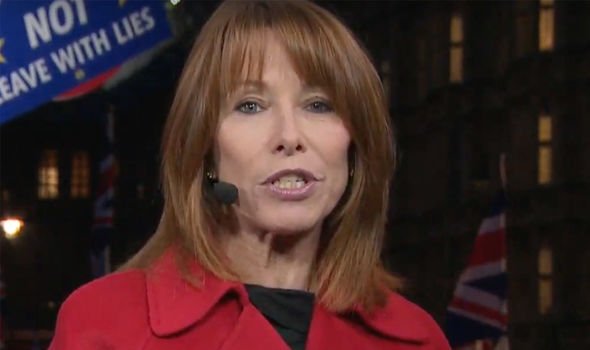 The Fixed-Term Parliaments Act sets out the timetables for general elections and dissolution of Parliament, denying the Prime Minister the ability to unilaterally call a new election.

The legislation was passed to address the coalition government in 2011 but has had a wide-ranging impact, creating a Brexit deadlock in Parliament. As a new election can be called only if the governing party and the opposition both agree, Boris Johnson cannot attempt to form a parliamentary majority without the consent of Labour leader Jeremy Corbyn.

Mr Grieve’s comments follow a turbulent evening in the House of Commons after MPs refused to give the Prime Minister’s Brexit plans their full backing. MPs voted through the Withdrawal Agreement Bill, in a historic move, by 329 votes to 299, majority 30, with 19 Labour MPs opting to side with the Government. 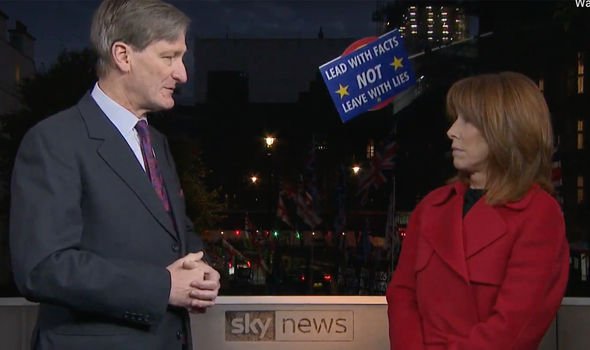 But, just minutes later, the Prime Minister’s Brexit plan was halted in its tracks, after Parliamentarians voted by 322 to 308 to reject Mr Johnson’s plan to take the legislation through the Commons in just three days.

Following the votes, Mr Johnson said he had no option but to put his Brexit legislation on hold. Speaking in the Commons, the Prime Minister said: “I will speak to the member states but until then we will pause this legislation.”

He then paid tribute to MPs who had a change of heart and said: “We should not overlook the significance of this moment. I pay particular tribute to the members who have placed the national interest over every other consideration.”

Mr Johnson also warned Parliament that MPs had increased the possibility of a no deal Brexit, saying: “We face further uncertainty. The EU must now make up their mind on how to answer this Parliamentary delay. The Government must take the only responsible course of action which is to accelerate our preparations for a no deal outcome”.

Speaking in the House of Commons shortly after MPs’ decision, Mr Corbyn said: “Tonight the House has refused to be bounced into debating a hugely significant piece of legislation in just two-days. The Prime Minister is the author of his own misfortune. So I make this offer to him tonight.

“Work with us, all of us, to agree to a reasonable timetable, and I suspect this House will vote to debate, scrutinise, and I hope to amend the detail of this Bill. That would be the sensible way forward. That is the offer I make on behalf of the opposition tonight.”