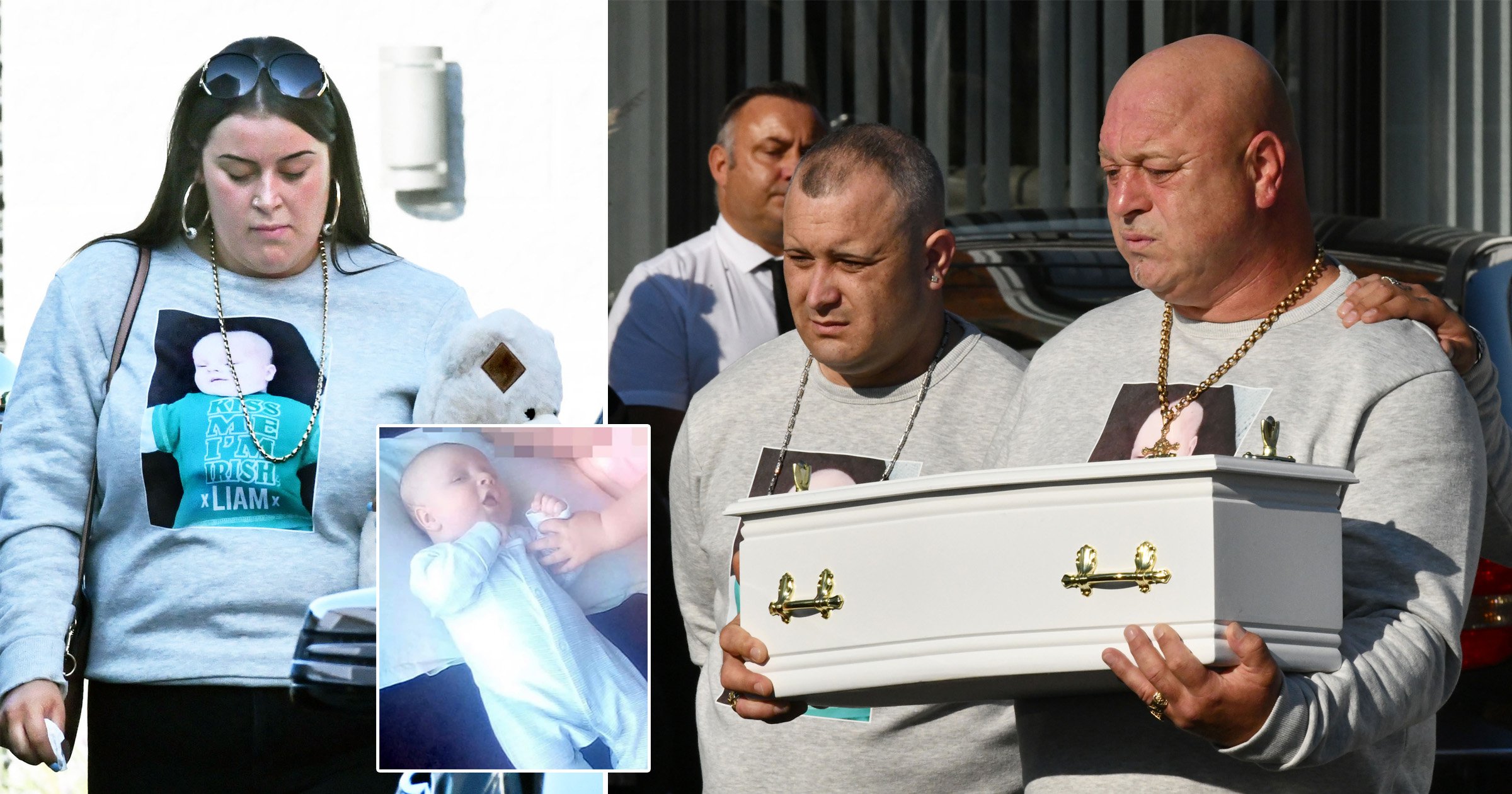 The funeral of a two-month-old baby boy who was killed at home in Belfast last week has taken place.

Liam O’Keefe’s coffin was carried by his grieving father, who has the same name, towards the Roselawn Crematorium on the outskirts of the city.

The infant died after being stabbed at an address in Brompton Park, in the Ardoyne area, during an incident which left another child seriously injured last Tuesday.

Liam’s mother, Raluca Ioana Tagani, 29, appeared in court charged with murder and attempted murder last week and was remanded in custody ahead of another hearing later this month.

A community fundraiser launched to help the family with the funeral costs has raised nearly £4,000.

The GoFundMe page says: ‘The community in Ardoyne wants to unite to support the family of baby Liam O’Keefe who lost his life this week in a tragedy.

‘The fundraising efforts will help to fund his funeral.’

Mr O’Keefe was in England when the attack happened and travelled back to Northern Ireland after hearing the news.

He told well-wishers at a vigil outside the address he was ‘truly heartbroken’ by the tragedy, the Belfast Telegraph reports, saying: ‘To all the neighbours and the full community for all their help and support, I really appreciate it all.’