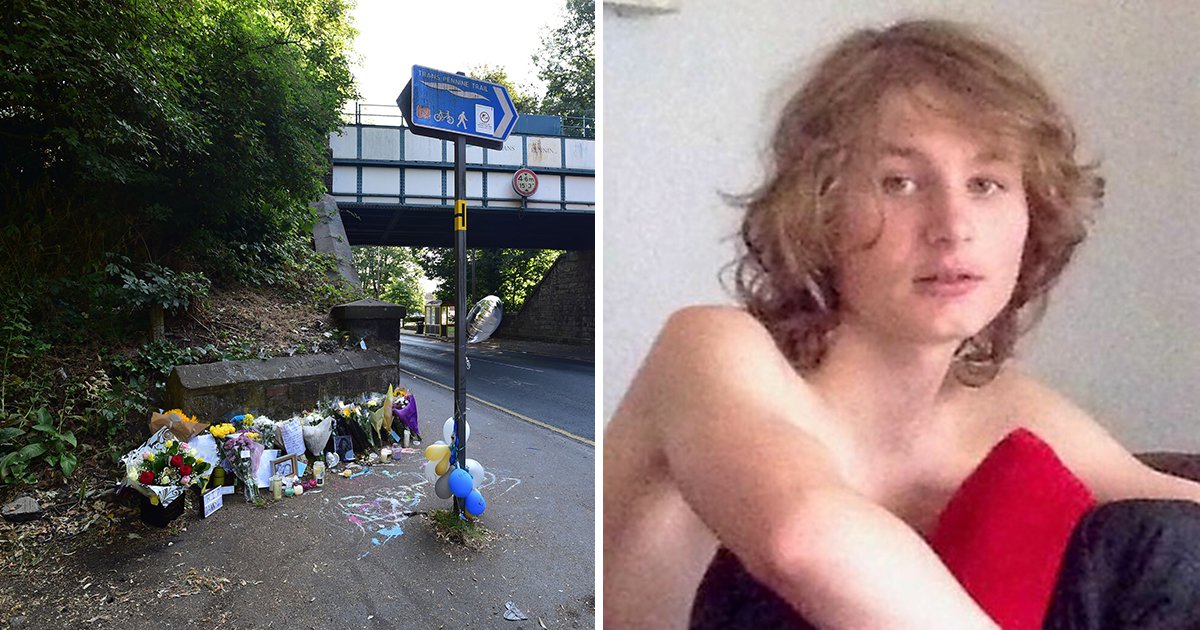 A grieving mum has been left devastated after it emerged a police officer took selfies at the crime scene where her son, 16, had been stabbed to death.

Ryan Connolly, of Merseyside Police, has been sacked after taking pictures of vulnerable people on his personal phone while on duty.

He faced a gross misconduct hearing after storing racist and homophobic images and failing to disclose his relationship with a known criminal.

The disgraced cop took a photo of himself ‘lying down’ in the field where teenager Daniel Gee-Jamieson was killed after being sent to secure the area. The picture did not show Daniel’s body.

Mum Mandy – who only found out about the images when a newspaper reporter knocked on her door – says Connolly ‘has made a mockery of my son’s death’.

She told the Liverpool Echo: ‘It’s like it was all a big joke. I would love to meet him to tell him what a vile man he is.

‘He is vile and warped. How did he get into the police in the first place?’

She added: ‘I did not know a thing about this until a journalist knocked on my door Wednesday morning and told me. Surely that was not the right way for this to happen.

‘I was really confused so I contacted Mayor Joanne Anderson, who then contacted the police. At around 6pm Wednesday a detective phoned me and explained that the story was true.

‘She told me that Connolly had taken selfies at the crime scene on his own phone which was later seized by the force.

‘She made the point that Connolly had not been directly involved in the investigation, but that was hardly the point.

‘They knew all along that he had taken selfies at the park where my son was stabbed and chose not to tell me.’

He had been knifed by Owen Cousins, 17, in a pre-arranged fight in the Gateacre area of Liverpool.

Cousins was cleared of murder but convicted of manslaughter. He was jailed for 11 years after Liverpool Crown Court heard Danny had been bullied by him.

Other families who have lost loved ones are now concerned Connolly may have taken pictures at the scenes of their childrens’ deaths, according to Mandy.

She said: ‘Surely the force should have reached out and provided some clarity. Christmas is always a difficult time for me and this has not helped.’

The case comes after a pair of Met Police constables were jailed after taking photos of two murdered sisters and sharing the images on WhatsApp groups.

DCC Ian Critchley, of Merseyside Police, said Connolly’s ‘deplorable’ actions are ‘an insult to the uniform and the police service which consistently strives to protect our communities’.

He added: ‘The behaviour of this officer is deplorable and serves to undermine the public’s confidence and trust in the police.

‘We are quite clear, if any officer is found to be behaving in a way that does not meet our high standards we will take swift and robust action.’

A Merseyside Police spokesman said: ‘In relation to the Connolly Gross

Misconduct hearing, we have spoken to a family and confirmed that a selfie style picture was taken of an officer at the scene of their son’s murder.

‘We can confirm that the picture did not contain any further detail, and we have apologised to them for the distress caused by this person’s actions.’

Climate change will damage health of a generation: Experts

Royal row with Harry and Meghan heats up before Oprah interview