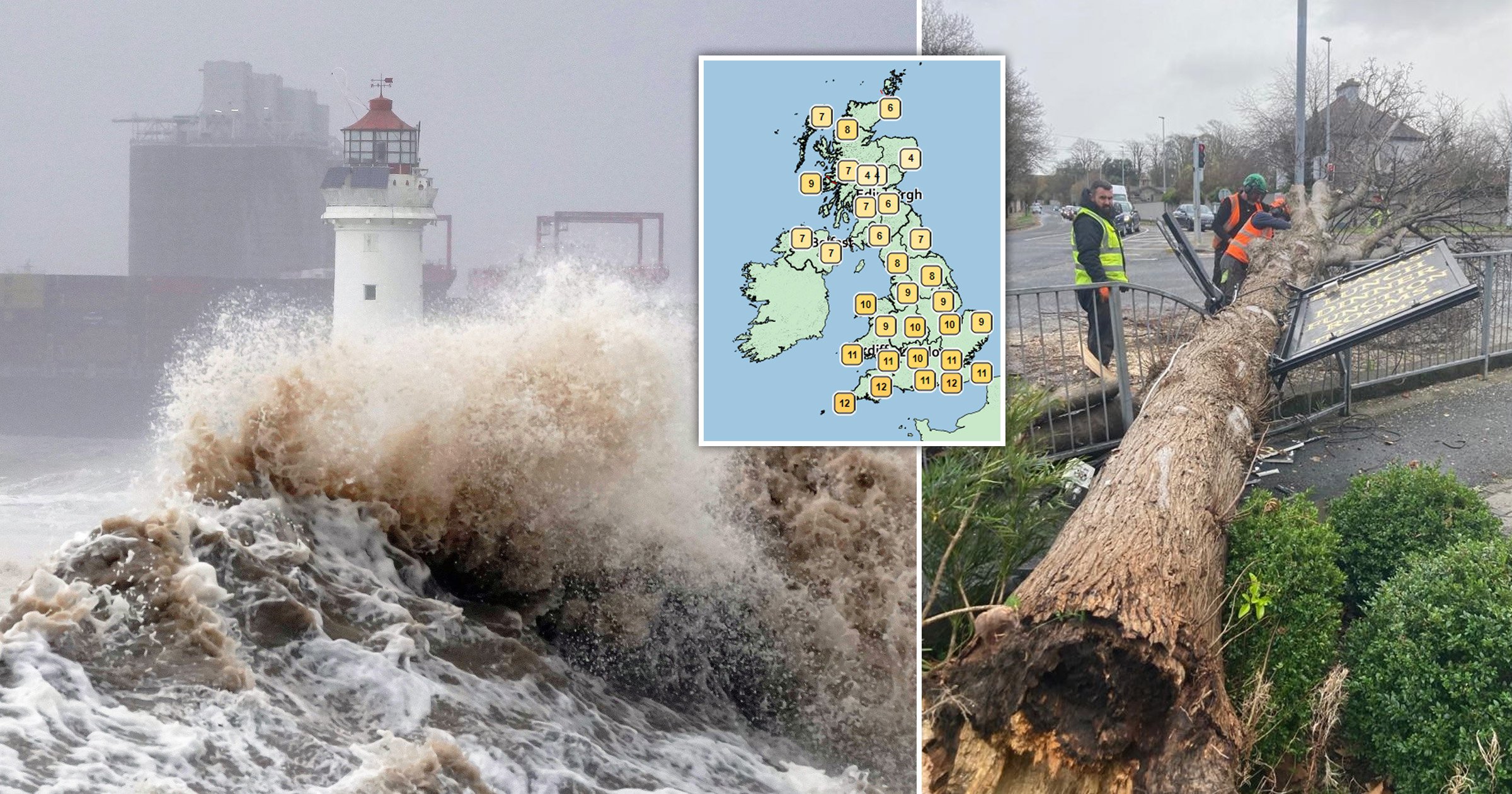 After nearly two weeks of torrential downpours, high-speed winds and heavy snow, we’re finally in for some calm weather.

After plunging to below zero in some places, the mercury is expected to hit double digits by the end of the week, forecasters say.

It comes after Storm Arwen battered the country with 100mph winds in late November, resulting in a three people being killed by toppled trees.

Tens of thousands of homes were left without power, particularly in Scotland and the North East, with many waiting as late as this week for their supply to be restored.

The Army was deployed to some towns particularly affected by the storm, which is said to have inflicted the ‘worst damage in 15 years’.

A vulnerable resident with underlying health conditions in the town of Rothbury, Northumberland, died at home and was understood to have been affected by outages.

Families feeling frustrated and abandoned by the Government were then told to brace themselves for another storm, with weather warnings for high-speed winds issued across most of the country.

Storm Barra brought gusts of up to 80mph to Britain and Ireland, hitting power supplies and causing widespread travel disruption.

An 80-year-old woman from Blandford, Dorset was found dead in a flooded River Stour, and was thought to have been blown off a bridge amid the storm.

But with only one Met Office yellow weather warning for wind in place for the South West today and none for the rest of the week, conditions are expected to settle down.

Forecasters say that from tomorrow snow is likely to be confined to areas above 600 metres, such as the Scottish Highlands.

A weather system is expected to bring in rain overnight and into tomorrow and Friday, but after that the skies will be largely clear, the Mirror reports.

The chances of travel disruption will be far slimmer, and the mercury is set to reach the low double digits in most of the country, except for Scotland, Newcastle, Leeds and Northern Ireland.

The Met Office’s long-range forecast predicts ‘bright spells’ in the East of the country as showers come in from the West.

Snow on high terrain is still expected in the North, but temperatures will hover at about 7C, which is average for the time of year.

But for now the tail end of Storm Barra is expected to bring a bit more grim weather this evening.

Spokeswoman Nicky Maxey said: ‘We are not expecting the impacts of Barra to be as bad as we saw with Arwen.

‘Storm Barra will bring strong winds and heavy rainfall to many parts of the UK today. We may see some snow on the higher ground, too.

‘It is unlikely to be as impactful as Storm Arwen last week but there will be blustery conditions so people should still be prepared.’

Prince George and Princess Charlotte: The REAL reason Cambridge children not at school