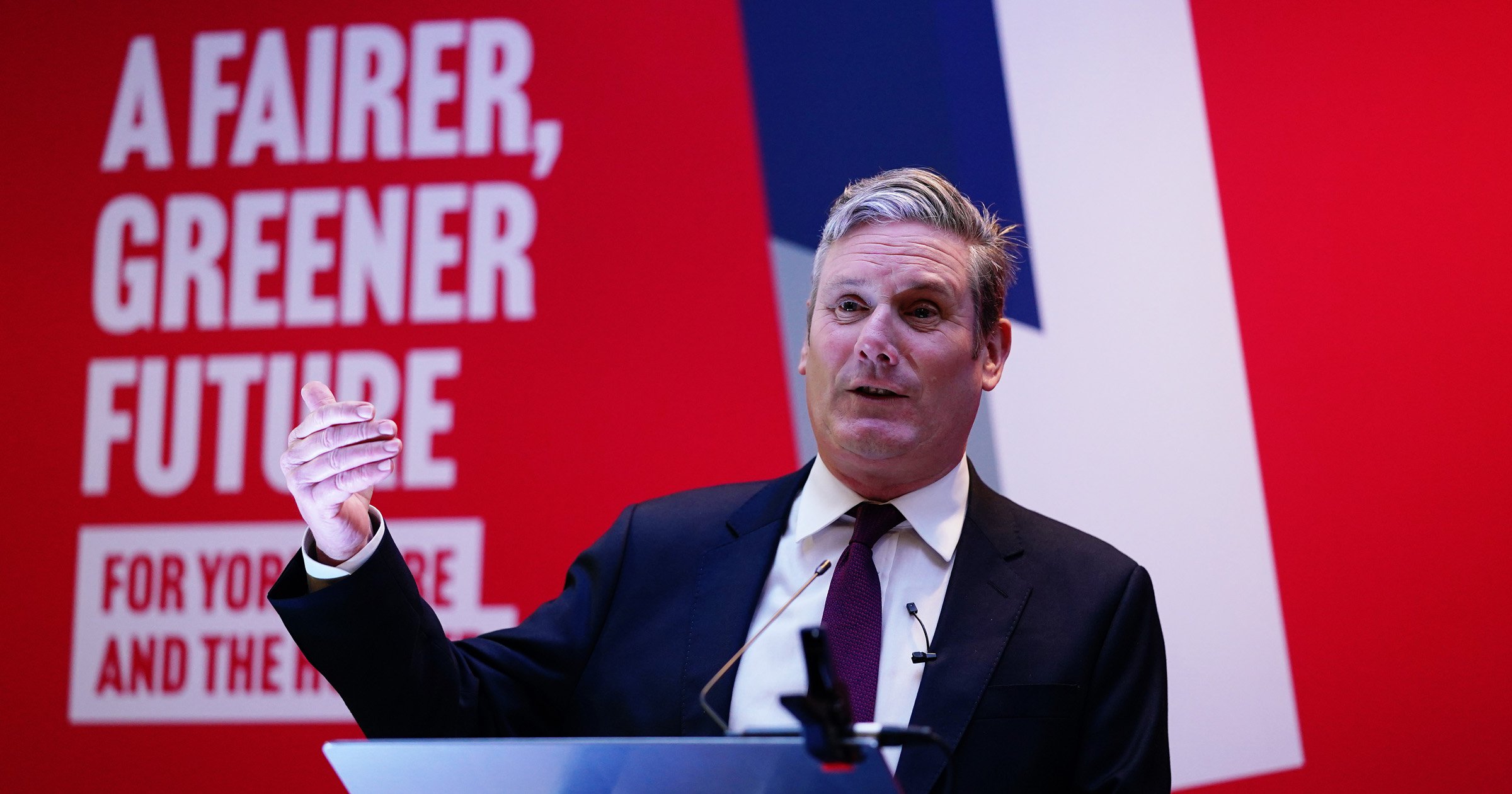 Ms Truss, forced to fire her closest ally and reverse yet another key economic policy, is now ‘clinging’ to Number 10, he said.

‘We can’t take irresponsible risks with the country’s finances, we must be the party of sound money,’ Sir Keir said this morning.

He pointed to the ‘grotesque chaos of a Tory prime minister handing out redundancy notices to her own chancellor’.

‘This lot. They didn’t just tank the British economy – they also clung on,’ Sir Keir added.

‘Clung on as they pushed the mortgages and bills of the British people through the roof.

‘They did all of this. All the pain our country faces now is down to them – and there’s still one person clinging on: the prime minister.’

Sir Keir said that Ms Truss’ own MPs undoubtedly know they have ‘no mandate for unfunded promises’.

‘Whatever they say not, whatever they do, it boils down to one argument for them. It’s party first, country second and that is unforgivable,’ he said.

On a day of high drama, Ms Truss fired Mr Kwarteng for creating exactly the plan of unfunded tax cuts and thumping spending plans she demanded.

With her premiership in ever-deepening peril, Ms Truss scrapped the pledge to reverse predecessor Boris Johnson’s hike of corporation tax from 19% to 25%.

Sir Keir called for a general election yesterday, saying the government is ‘completely at the end of the road’.

‘For the good of the country,’ he told The Guardian, ‘we need a general election.’