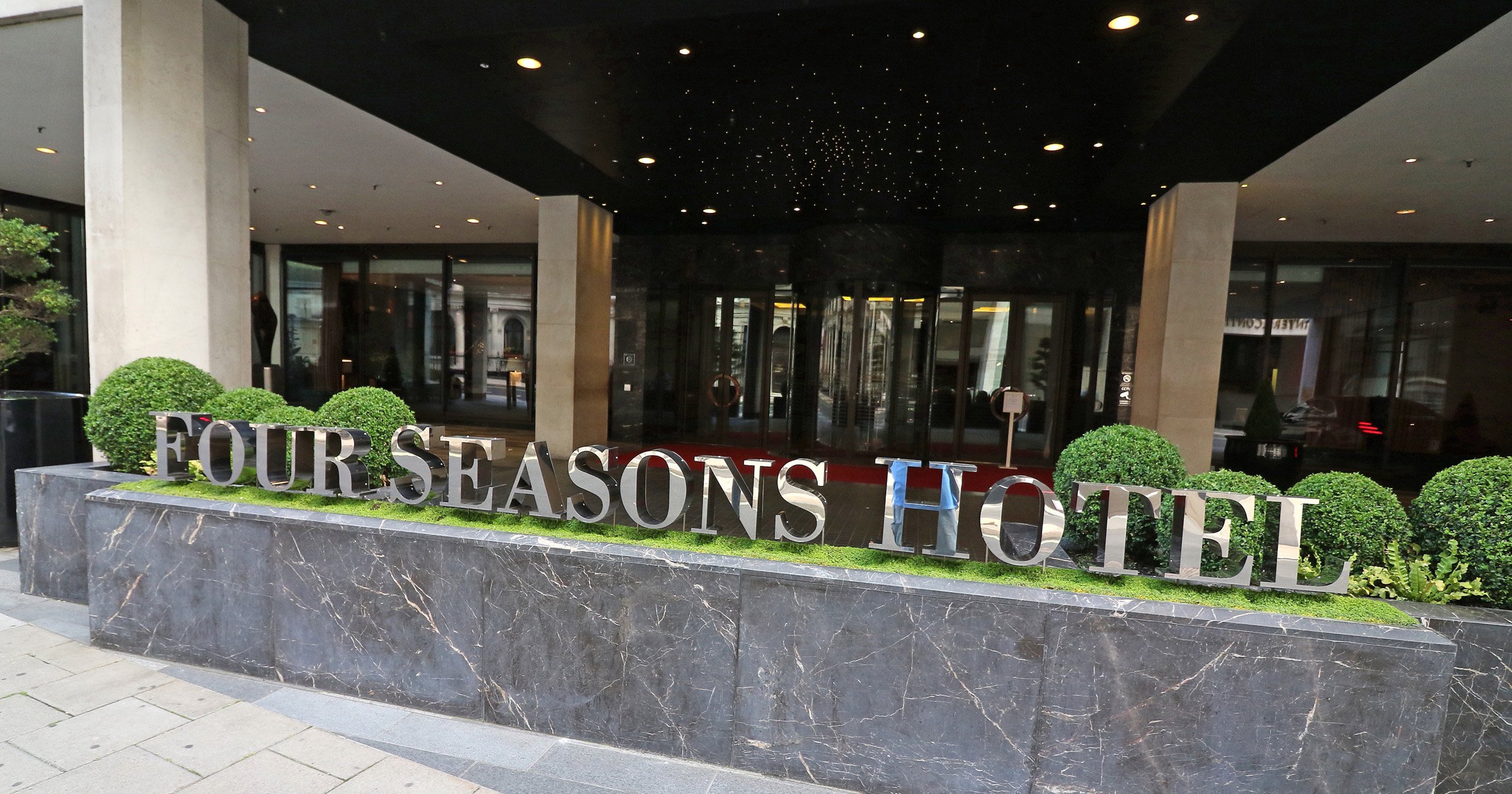 A man has been accused of causing a quarter of a million pounds worth of damage to a luxury hotel room in London.

Israeli national Ofer Tsofan, 52, is said to have set fire to a room at the Four Seasons in Park Lane on Saturday.

He was arrested at just after 11pm and charged with arson, criminal damage and assaulting two police officers.

Today Tsofan’s case was heard in his absence at Westminster Magistrates’ Court.

The court was told that ‘significant damage’ was caused after a fire was set off in a hotel room at around 10pm with the cost estimated at around £250,000.

Tsofan was said to have been in London on a business trip. He was denied bail and remanded in custody to appear at Southwark Crown Court on August 26.

The Four Seasons has more than 100 hotels worldwide with headquarters in Ontario, Canada.

It costs at least £580 for a room for one person on a Saturday night at its London hotel.

One of the most expensive options is the ‘park suite’ from £5,075 a night.

It sleeps up to three adults and features a separate living room with a fireplace and a full marble bathroom with guest powder room.

The room, which boasts views of Hyde Park, also comes with a 65” LG television and Bose speakers.

It is unclear which room Tsofan was staying in.

Hogweed warning: Lockdown sparks eruption in toxic weed which can blind and scar