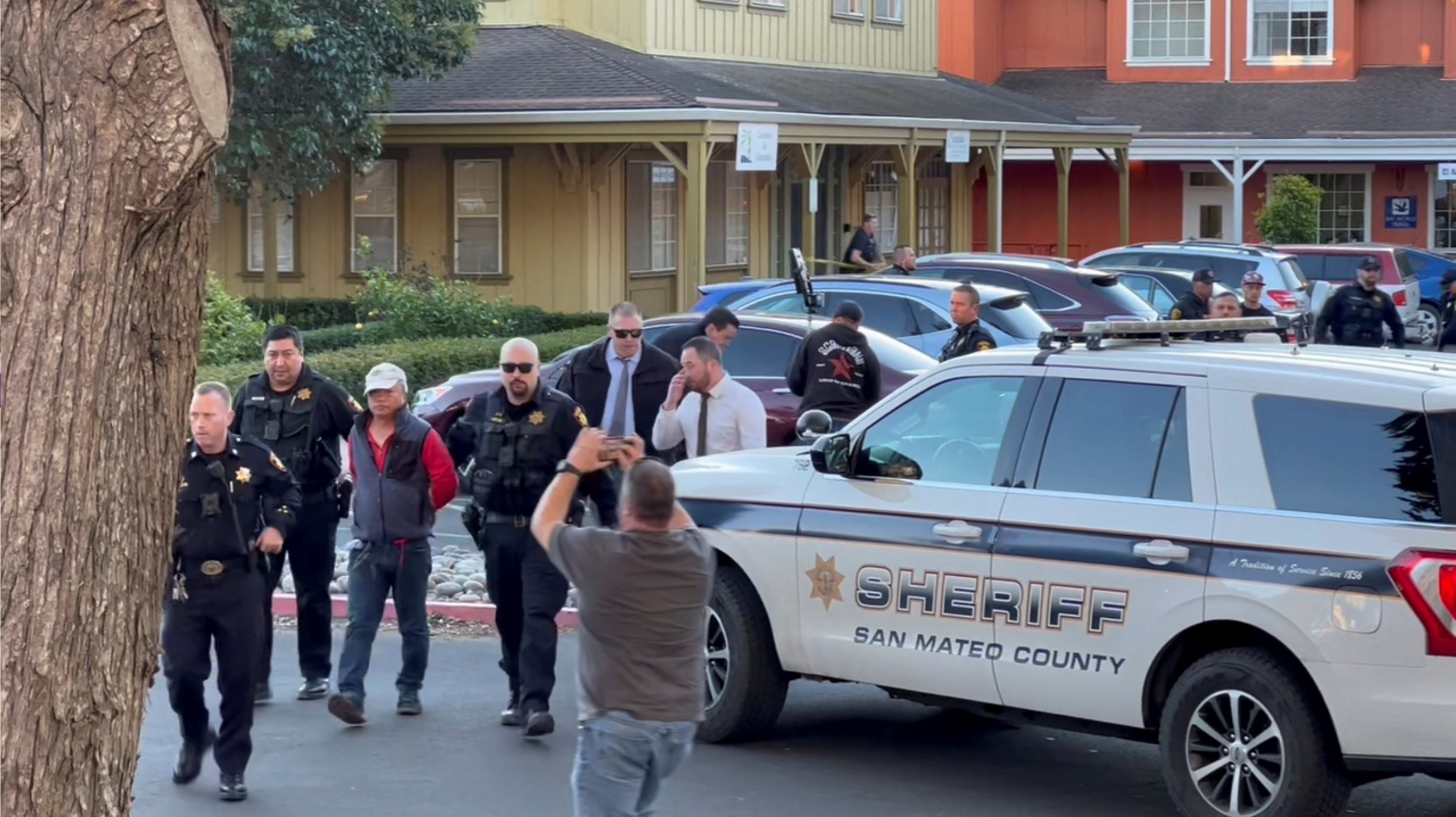 A gunman shot dead seven people in front of children in California – just two days after 11 people were killed in an attack in the same state.

Police were called after local resident, Zhao Chunli, 67, gunned down farmworkers near a nursery in Half Moon Bay, California.

Zhao shot three of his victims in the trailers where they lived before gunning down two others in a field where they worked, officials said.

Four people were found dead at a nursery close to the farm on Cabrillo Highway South shortly after.

It comes just two days after 11 people were shot and killed in the majority-Asian area of Monterey Park, California – around 380 miles away.

The suspect was last night filmed by news cameras turning himself into the San Mateo County Sheriff’s Office about two hours after the attack.

He was found in his vehicle in the parking lot of the sheriff’s office substation, it has been reported.

The first four victims were discovered at a mushroom farm around 2.22 pm local time (00.22GMT), while the other three were later found at a nearby trucking business.

Another victim was taken to Stanford Medical Center with life-threatening injuries.

Investigators have not yet provided a motive for this attack.

Supervisor Ray Mueller said: ‘They were farmworkers affected tonight. There were children on the scene of the incident. This is truly a heartbreaking incident in our community.’

San Mateo County Sheriff Christina Corpus said at a news conference that the suspect was arrested after driving himself to a local police station just before 5pm local time.

He was found with a semi-automatic pistol that may have been used in the attack, and is currently ‘co-operating’ with police, she added.

Mrs Corpus added that an eighth victim is in a ‘critical condition.’

She said: ‘This kind of shooting is horrific…It’s a tragedy we hear about far too often, but today it’s hit home here in San Mateo County.’

In a news conference, the sheriff also confirmed that witnesses included children who had recently been let out of school and lived on the rural property.

‘For children to witness this is unspeakable,’ she said.

California Governor Gavin Newsom tweeted that he was ‘at the hospital meeting with victims of a mass shooting when I get pulled away to be briefed about another shooting.

‘This time in Half Moon Bay. Tragedy upon tragedy.’

San Mateo County Board of Supervisors President Dave Pine said the attacks were committed by a ‘disgruntled worker’.

‘We are sickened by today’s tragedy in Half Moon Bay,’ Mr Pine said in a statement.

‘The scourge of gun violence has sadly hit home. We have not even had time to grieve for those lost in the terrible shooting in Monterey Park. Gun violence must stop.’.

Petrol stations: Fights break out as pumps run dry across the nation