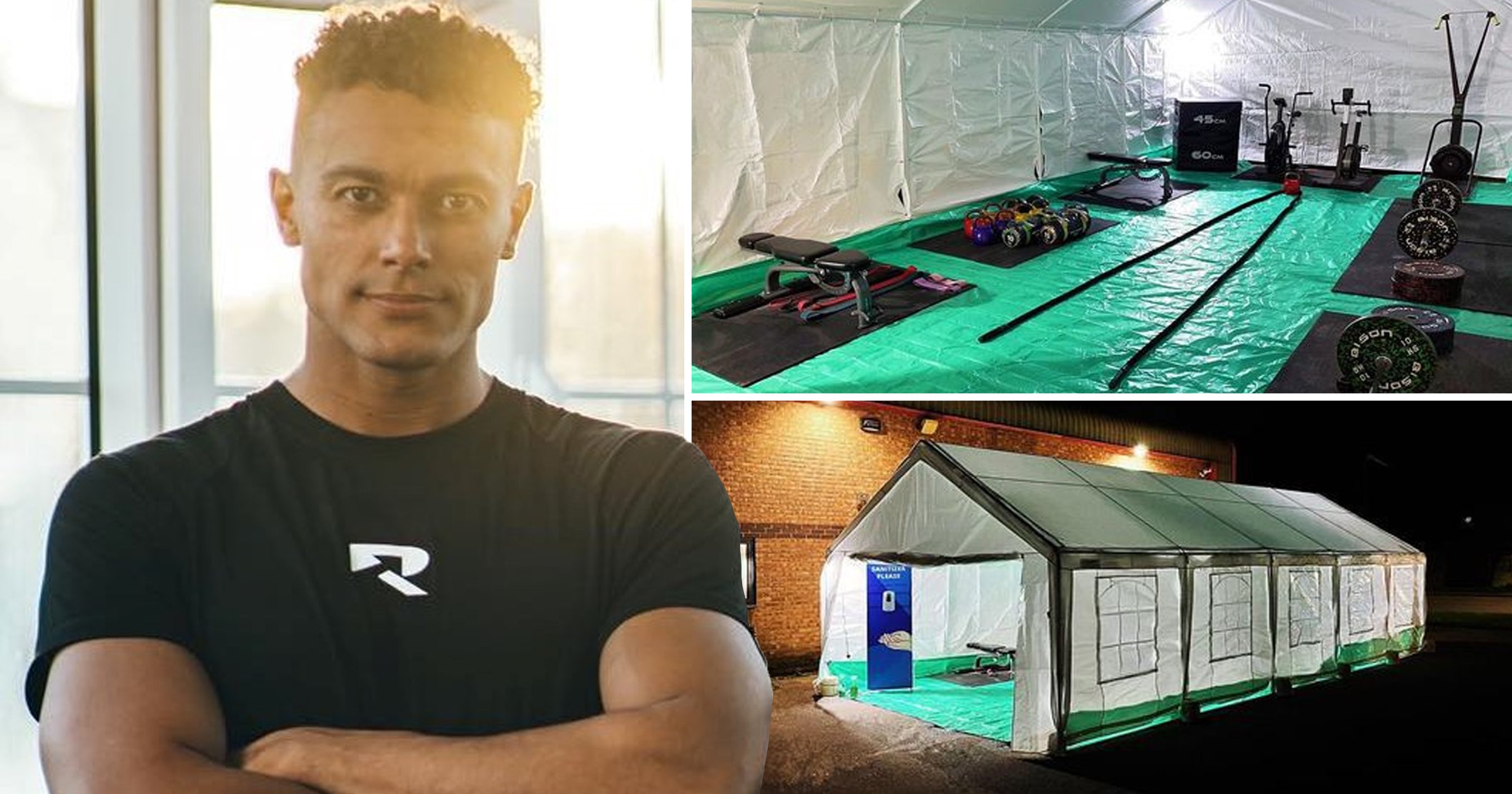 A gym owner has said he is ‘relieved’ and ‘bemused’ after a 12-month case against him under Covid laws was dropped as he waited outside the courtroom to argue his case.

Jack Ramsay had contested a £1,000 fine for allegedly holding a group training session in a marquee at a time when the coronavirus restrictions limited fitness activities.

The 27-year-old, from Coventry, only attended court once and did not set foot in the room as the case was withdrawn following his not guilty plea.

The fitness instructor, whose followers on Twitter include Joe Wicks, now feels aggrieved to have been prosecuted in light of the government partygate revelations.

He told Metro.co.uk: ‘I’m massively relieved and a bit bemused as well. I went to court to contest the £1,000 fine but I didn’t even make it into the room, the case was dismissed as soon as I got there.

‘I could have just paid up but I went there with the evidence that I’d had the all-clear from multiple police visits.

‘I didn’t even make it into the courtroom, a court official came out into the communal area and asked me why I was pleading not guilty.

‘I told her why and that I’d collected the evidence and she popped her head back out of the door and said I could go home.’

Mr Ramsay and his brother set up the marquee with social distancing and hand sanitiser in the car park of his gym in Nuneaton, Warwickshire.

They spent £1,000 on the 15 metre-long gazebo, installing a cleaning regime and ventilation meeting guidelines by the Chartered Institute for the Management of Sport and Physical Activity.

Under Tier 4 rules at the time, outdoor gyms were allowed to stay open for individual exercise or household groups, support bubbles or with one other person with social distancing.

Within days, officers from Warwickshire Police acted on complaints that the gym was in breach of the restrictions, which led to two visits where the venue was given the all-clear.

However a third occasion, on January 25, led to the on-the-spot fine and subsequent prosecution for ‘failing to close a non-essential business’ when ‘persons’ had been taking part in a personal training session.

Mr Ramsay said: ‘The police were following up complaints that we’d been holding group exercise classes but they had been to visit on previous occasions and said it all checked out fine according to the rules.

‘Then one officer came out when I was with a client and said we should be indoors and gave me a £1,000 fine, which I received through the post. I then went to the police station to get copies of the reports when they came out and said everything was fine and I was following the Covid rules.’

The self-starter, who has described himself as ‘a kid from Coventry with big dreams’, set his gym up after graduating with a degree and master’s and working with Coventry City FC and Wasps Rugby Club.

He is restarting Jack Ramsay Fitness at a time when the government is mired in reports of its own Covid-rule breaking at Christmas parties, including the ‘bring your own booze’ event on May 20, 2020.

‘I feel a bit aggrieved that the government has shown on so many occasions that they were negligent towards the rules whereas a small business like mine which has suffered so much during Covid gets fined £1,000 on the spot when we’ve done nothing wrong,’ he said.

‘I’m not the kind of person to lay on my back and say “no sir, yes sir”, so I wanted to prove to people that I’d done nothing wrong and I went to court to prove it. And lo and behold I came out on top like I knew I would. I hope it sets an example to other people.’

The case was withdrawn by the prosecution at Coventry Magistrates’ Court on December 21.

The entrepreneur shared his reaction on the day in an Instagram video, where he told followers that he had also had to argue about the rules with Nuneaton & Bedworth Borough Council officials.

Branding the case against him ‘ridiculous’, he said ‘the government are eating cheese and drinking wine in their gardens right now, and I’m the one getting a £1,000 fine’.

Mr Ramsay told Metro.co.uk: ‘January is a big month for us and we’re back open and business is great. But while we’re booming again we’re ready to fight anything that we think is incorrect.

‘We’d do the same thing again. If anything, we could counter-sue for the time we were shut down by the police and council during the case.

‘But I’m not going to go down that road, the result was a good Christmas present and I’m just happy that we didn’t pay the fine.’

More than 100,000 fines have been issued by police in England for breaching Covid rules, according to the National Police Chiefs’ Council.

Separate figures from the Crown Prosecution Service released in May 2021 show three in 10 cases were incorrectly charged under the legislation.

Council leader Kristofer Wilson said: ‘We were just trying to save lives and help Mr Ramsay operate safely and legally.

‘We did our best to provide clear information about government regulations at a time when the number of people dying with Covid across the country that month had doubled. We of course can’t comment on enforcement action taken by police and the courts.’