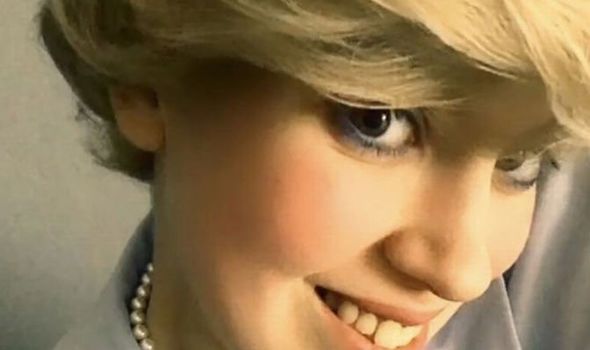 The amount of attention I get – people say, ‘you look like Princess Diana – are you her daughter?’

Sophie said: “The amount of attention I get – people say, ‘you look like Princess Diana – are you her daughter?’.

“I don’t think I look like her. I just wanted a new look.”

Sophie inadvertently adopted the iconic look in April 2021 after becoming bored of her previous hairstyle.

She added: “I wanted to change my whole style. I always had long hair and just thought, ‘why not?’.

“I cut most of it off because I wanted layers. One thing led to another – and then I started going out.

“Now it’s like I can’t move for the attention. I’ve woken up and my whole life has completely changed.”

But Sophie has no plans to grow her hair out again as she says the makeover has increased her self-esteem, reports Gloucestershire Live.

“But the confidence boost – I love it so much. Every time I wake up, I know the rollers have to go in and the hair has to be bouncy.”

The woman was first stopped at a supermarket when she was out buying milk.

Sophie said she was left speechless.

“I was just standing in the queue. When I had paid there were some people behind me,” she said.

“They were shocked – as I looked so much like Princess Diana. They said, ‘has anyone ever told you?’. I was speechless.”

On another occasion, one teenager asked Sophie for a hug because of her likeness.

She said: “Last year, I was with a few mates and there was one teenager who wanted a cuddle. Some people want selfies.”

Princess Diana, who died in August 1997, had a series of memorable hairstyles that contributed to her status as a fashion icon including, throughout the 1980s, a voluminous look synonymous with the Sloane Ranger set.