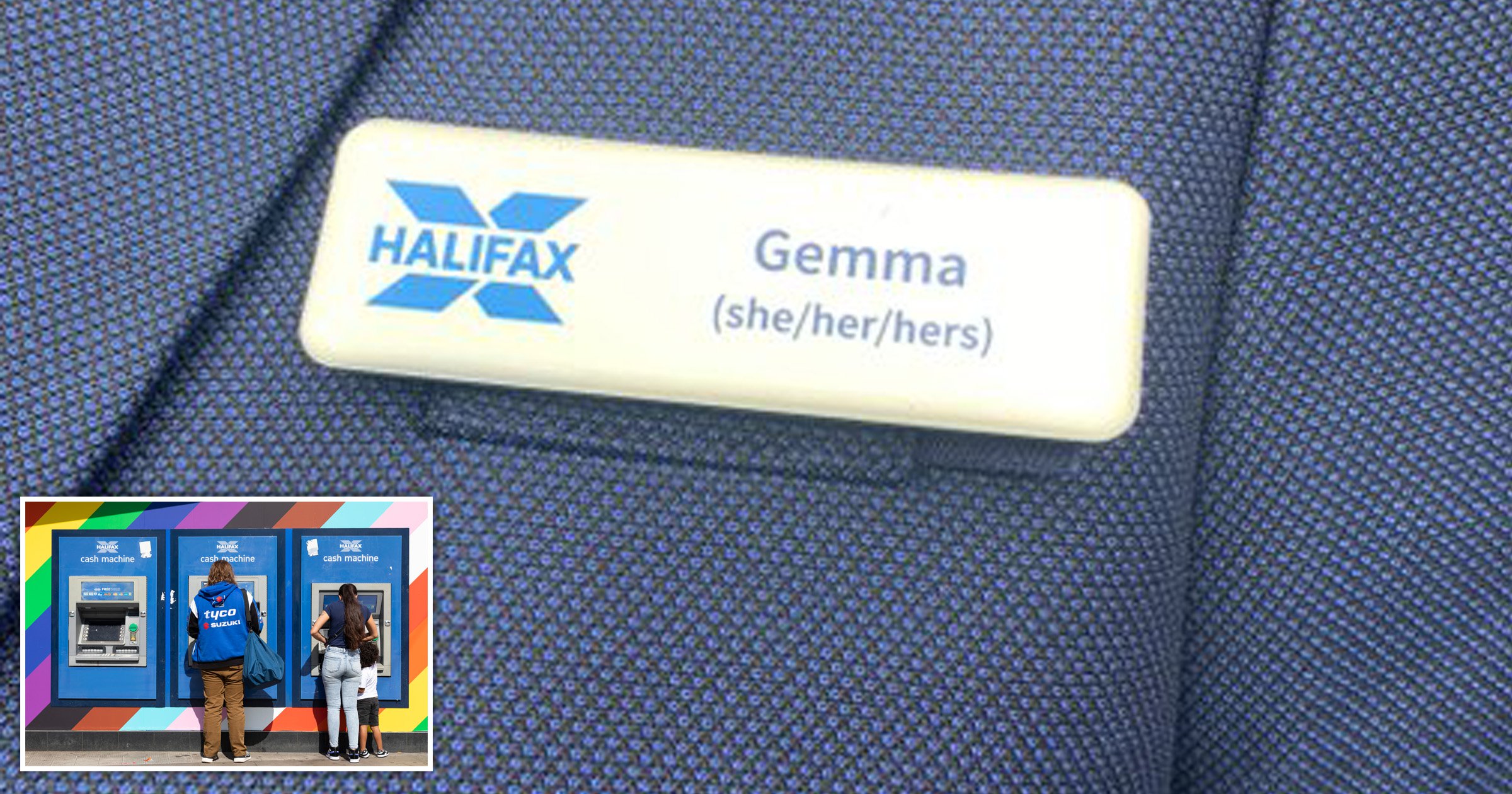 Angry customers are closing their Halifax accounts because staff are allowed to display their preferred pronouns on their name badges.

Some have labelled the move as ‘communist propaganda’ and have accused the bank of ‘alienating them’ with ‘pathetic virtue signalling’.

Halifax introduced the option so staff could show customers what gender they identify as and how they’d like to be addressed.

On Tuesday the bank tweeted a photo of a badge with the name Gemma, with (she/her/hers) listed underneath. A caption read: ‘Pronouns matter. #ItsAPeopleThing’.

Many responded with fury, accusing Halifax of ‘jumping on the bandwagon’ and trying to ‘lecture their stakeholders’.

Accusing the former building society of being ‘disingenuous’, one Twitter user said it was merely following the ‘prevailing overall opinion that has the current momentum’.

Another added: ‘Is there a direct email address for the head of the bank so we can let him know why we are closing our accounts at this bank?

‘Need to bypass the woke media team and communicate directly with someone at the top.’ 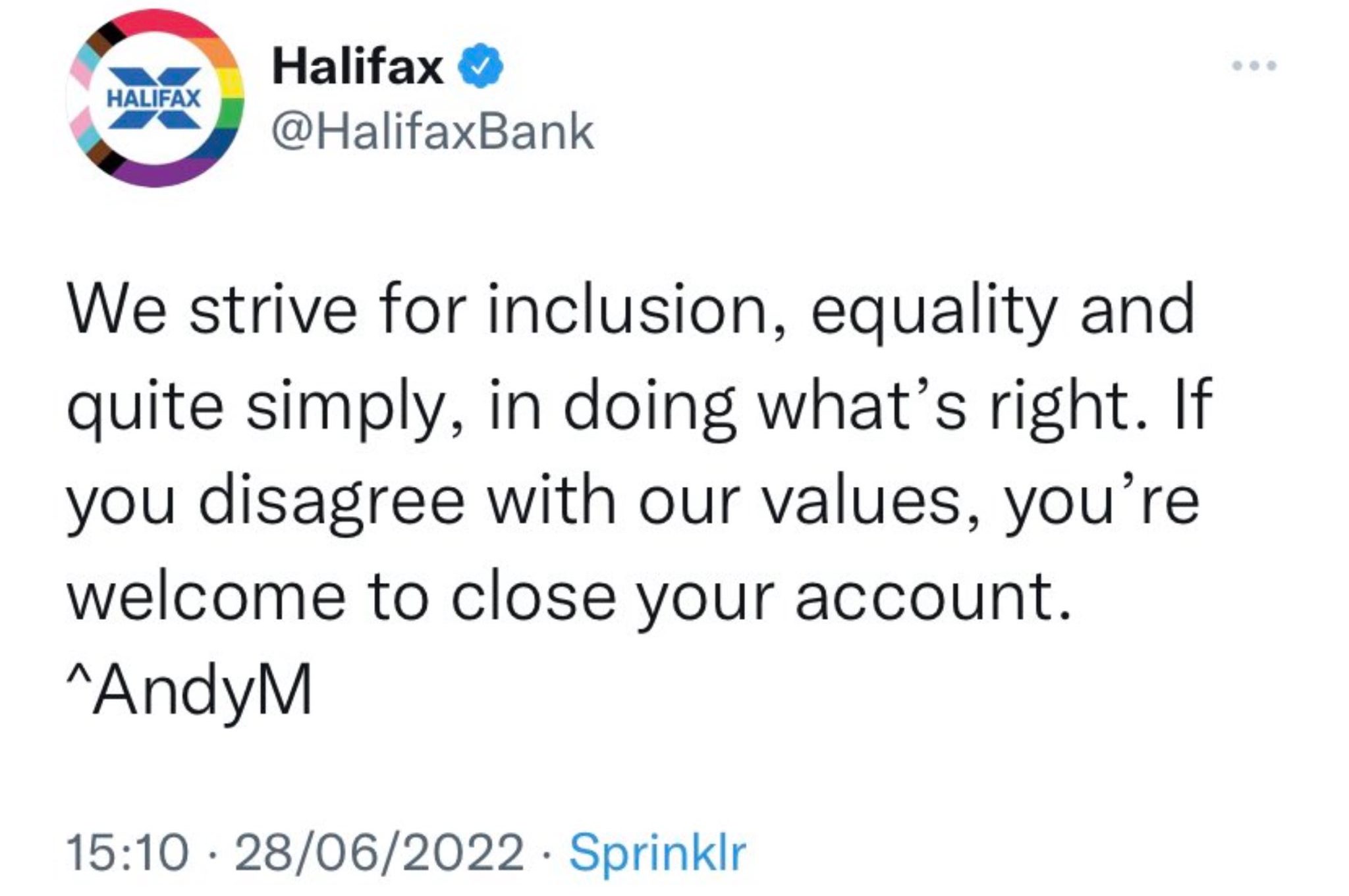 Another said there was ‘no need’ for the scheme and said they would be ‘blocking the bank on Twitter.

One unhappy customer told MailOnline his whole family had transferred their accounts to Nationwide, amounting to a loss of £450,000 in investments and savings.

Explaining its rationale, Halifax said: ‘We want to create a safe and accepting environment that opens the conversation around gender identity.

‘We care about our customers and colleagues individual preferences, for us it’s a very simple solution to accidental misgendering.’

Boris Johnson Has a Trust Problem in Parliament