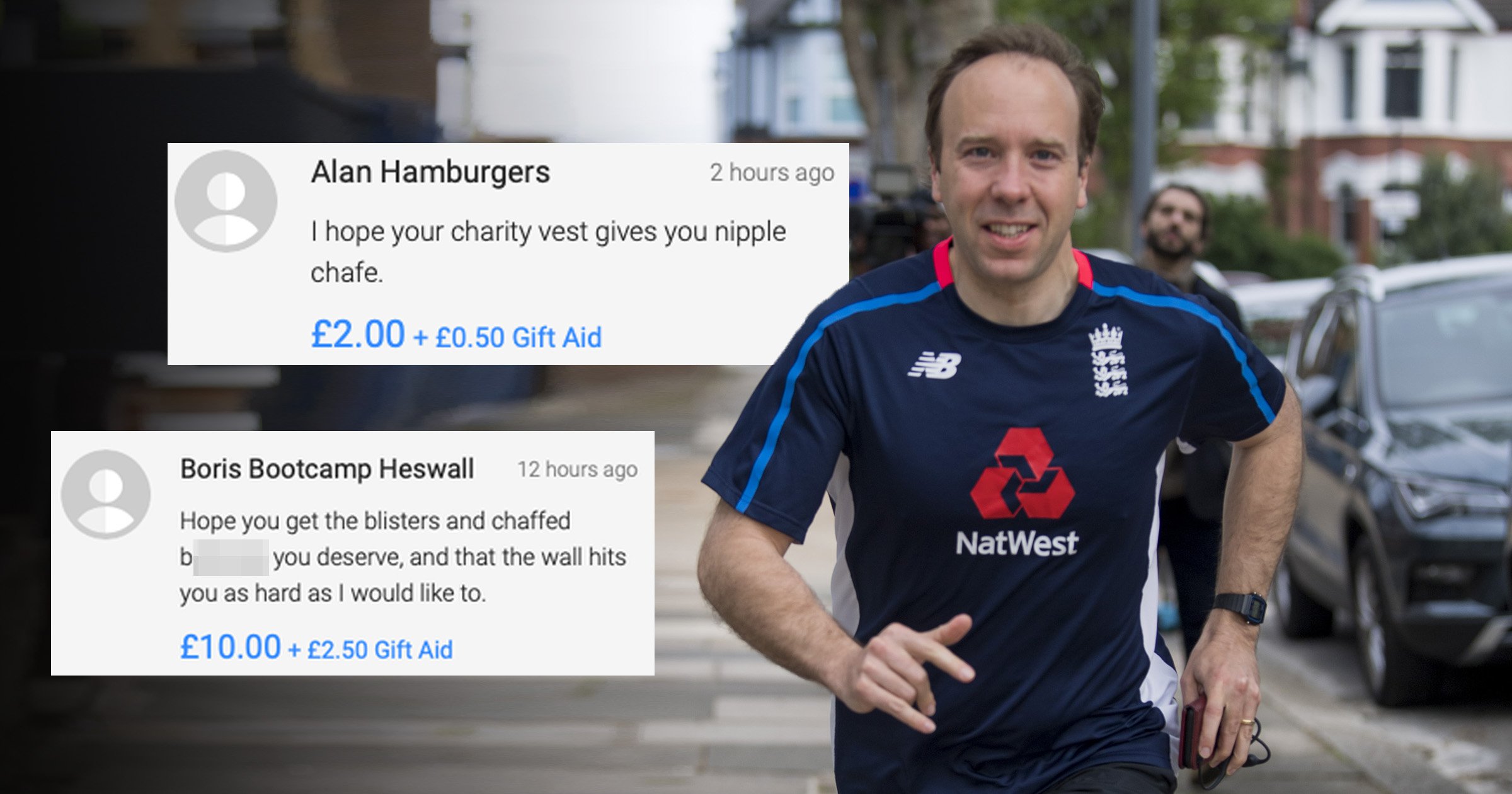 People paid to insult Matt Hancock after he set up a JustGiving Page to raise money for the London Marathon.

The disgraced former health secretary resigned in June after pictures emerged of the married father-of-three in a passionate embrace with his colleague Gina Coladangelo.

In what skeptics have suggested is a bid to improve his public image, the shamed politician has announced he is running a marathon and seeking sponsorship for St Nicholas Hospice Care.

But if he thought he could run away from the outrage, he was sorely mistaken.

In what probably isn’t the first time he’s regretted something, the MP enabled public comments on the donation page.

Hundreds of people contributed the minimum £2 amount in order to leave their own personal message.

Naturally, the British public did not hold back.

‘Nobody likes you Matt. You deplorable human. I’m happy to pay £2 just to tell you that,’ said one disgruntled voter.

Another person – described as an ‘exhausted betrayed doctor’ – wrote: ‘A cabal of self-serving venal clowns mishandled the pandemic and betrayed the British people. You wrecked the NHS and demoralised its staff. Good wishes to your wife, you did her a favour.’

And a third simply told him: ‘I hope you stand on a plug.’

While some people left savage insults, others pretended to be from colleagues or relatives with sarcastic compliments.

Pretending to be his wife, ‘Martha Hancock’ wrote: ‘You’re a vile s**t and I’m going to take you to the cleaners!’

‘Covid-19’ donated and wrote: ‘Thanks for everything mate!’, while ‘Dominic C told him: ‘You couldn’t run a bath’.

And a Mr Buck Foris (who could that be!?) said: ‘You and your party are a disgrace.

‘People should not NEED to raise money for hospices, or food banks, or any of the other charities made necessry by your corruption, lies, and selfishness.’

Now, we’re not condoning trolling, but the page has racked up over £3,000 at the time of writing.

As one person put it: ‘I’m literally donating to say you’re a c**k and because the money is going to charity, not your mates.’

All for a good cause we suppose ….

You can donate (but not insult) here.