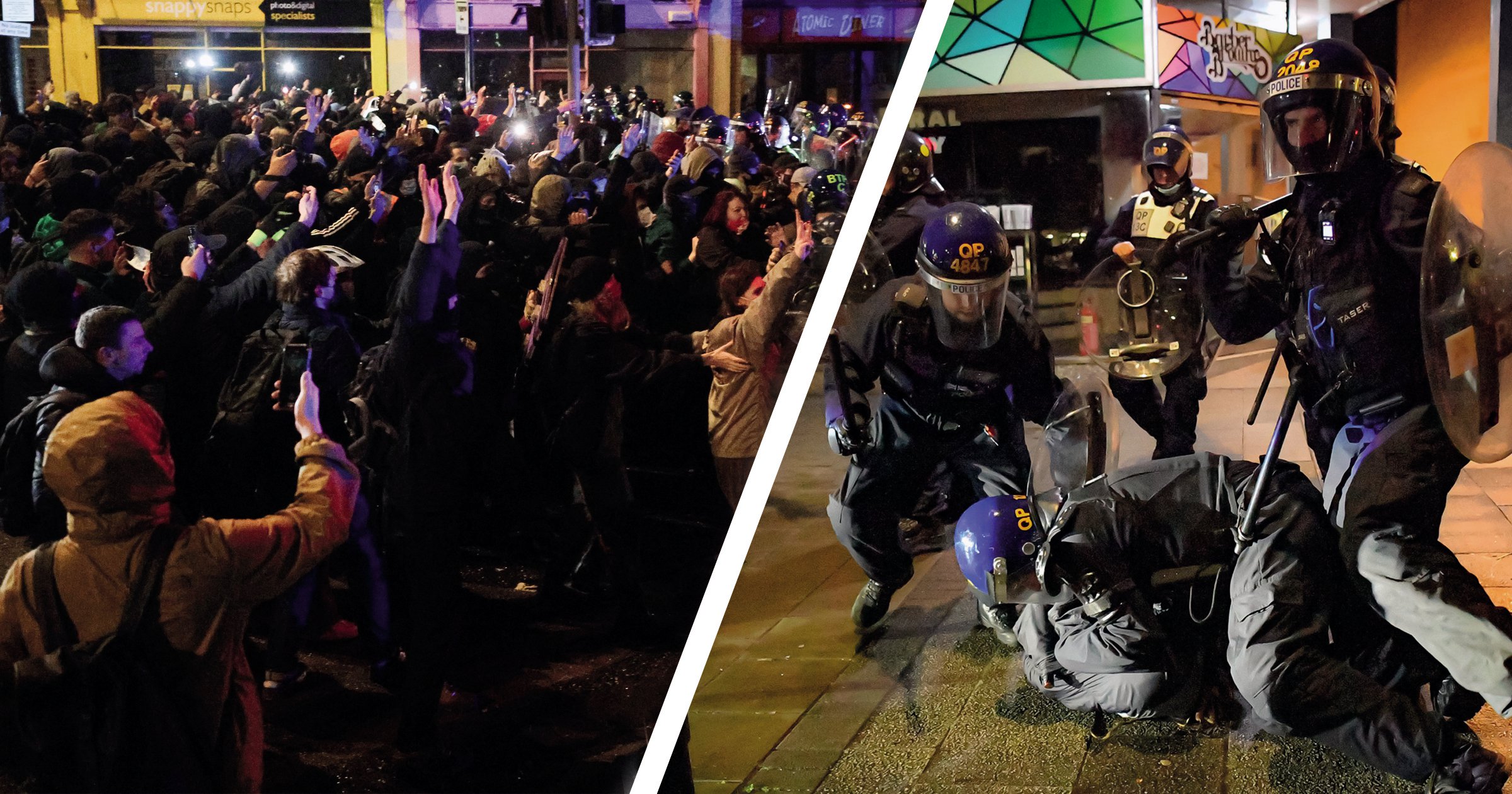 Police laptops and radios went missing during violent scenes at a Kill the Bill protest in Bristol, new data shows.

The highly sensitive equipment was lost or stolen as trouble flared when a rally against the proposed Government legislation turned ugly.

Two laptops went missing along with three Airwave radios, a mobile phone and a body-worn video kit. Personal equipment is also unaccounted for, including three batons, two tabards, two sets of gloves, a helmet, a baton holder, boots, overalls, sliders, a helmet visor and a set of rigid handcuffs.

Fifteen different types of item went missing, according to a response from Avon and Somerset Police to a Freedom of Information Act request from Metro.co.uk.

The kit is marked ‘lost/stolen’ at Kill the Bill protests held in Bristol in March and while the force did not specify dates, they are most likely to have gone astray when violence broke out on March 21.

The response also shows that protesters inflicted more than £65,000 of damage to police vehicles during the demonstrations.

A list of 22 incidents of damage include two marked ‘total loss – fire’, the disclosure shows.

A further 10 are marked ‘criminal damage’ while others refer to dents where vehicles were attacked by people in the crowds.

In the biggest disturbance, a peaceful protest attended by around 3,000 people on College Green turned ugly when around 500 people gathered at Bridewell Police station.

Police vans were set on fire, rockets thrown into crowds of people and the station’s windows were smashed.

Officers made dozens of arrests and launched a public appeal for information.

Although further arrests were made at successive rallies against the Government’s controversial new Police, Crime, Sentencing and Courts Bill, these passed relatively peacefully.

Mark Shelford, police and crime commissioner for Avon and Somerset, told Metro.co.uk: ‘It is a fundamental right for the British people to protest but it is absolutely not acceptable in any shape or form for protests to turn into an attack on police officers, their vehicles or police stations as witnessed during the Bristol protest against the Policing, Crime and Sentencing Bill.

‘I unconditionally condemn the violent behaviour police officers faced; these officers go to work to keep people and communities safe and should not be attacked for doing their jobs.’

In its response to the Freedom of Information Act request, which was submitted in March, Avon and Somerset Police said: ‘The total costs and itemised property damage list for the above events are yet to be collated and finalised… this is not a comprehensive list, and was only accurate as of the time of your request.’

The digital equipment is understood to have been disabled remotely.

Leading the public appeal in April, detective chief superintendent Carolyn Belafonte said: ‘The financial costs of the disorder are substantial but ultimately it’s the communities of Bristol which pay the price – after all, it’s taxpayer’s money which could have been spent on safeguarding and protecting our communities.

‘We can’t let the people responsible get away with what they did. They are a disgrace and need to face the consequence of their actions.’