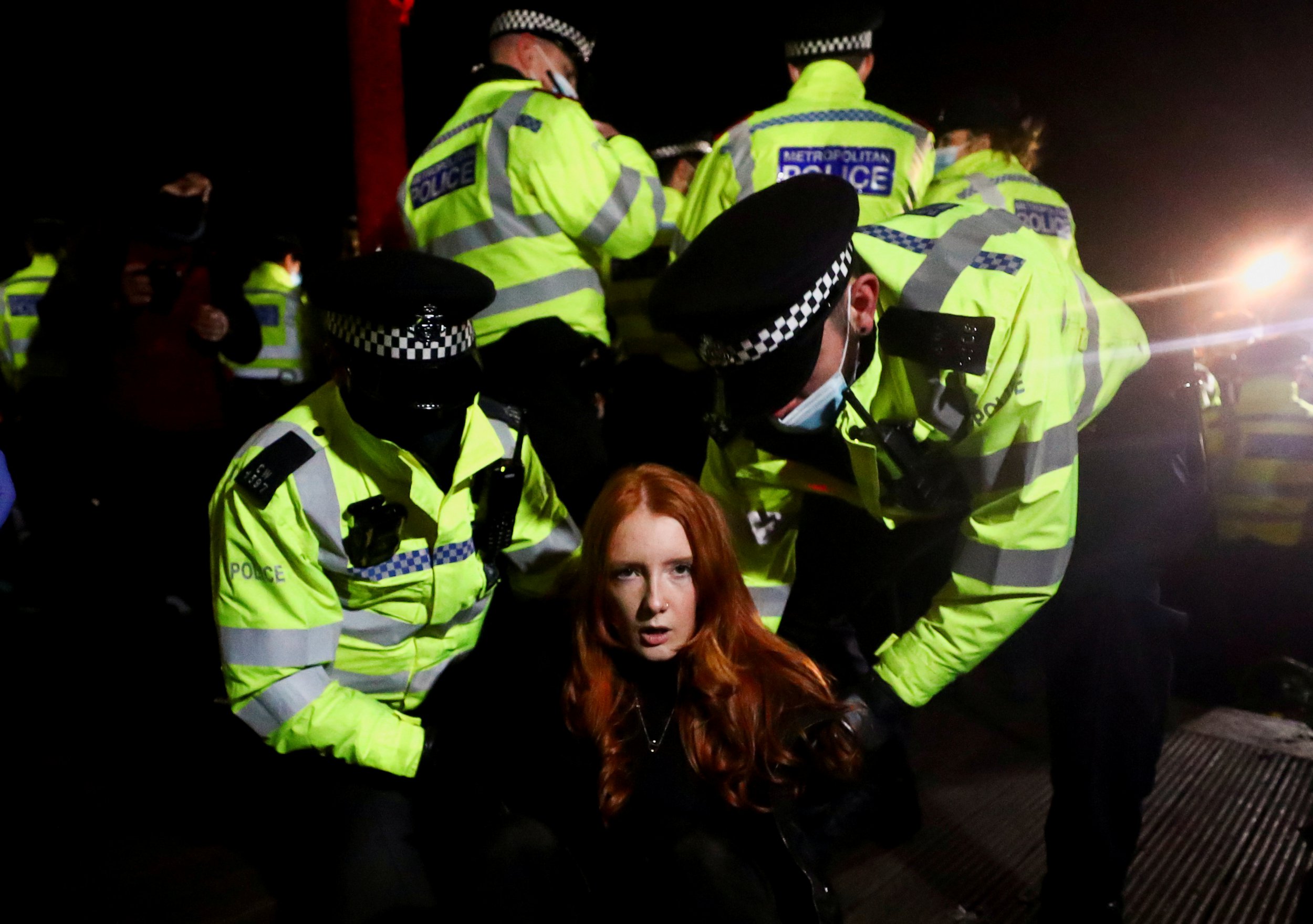 The policing of the vigil for Sarah Everard and the Kill the Bill protests breached ‘fundamental rights’, an inquiry has found.

The actions of Metropolitan Police and Avon and Somerset Police earlier this year were described as being riddled with ‘multiple failings’.

The All Party Parliamentary Group on Democracy and the Constitution (APPGDC), a group of MPs and peers which wrote the report, has now proposed amendments to the Police, Crime, Sentencing and Courts Bill, due to be debated on Monday.

The protests in Bristol were in response to Government plans to give police sweeping powers to control demonstrations and Ms Everard’s vigil came after she disappeared and was later murdered on her walk home.

The report follows student Patsy Stevenson, who was arrested at the vigil, saying she was preparing to launch legal action against Met Police if it refused to withdraw a fine she was issued by officers.

Scotland Yard faced a barrage of criticism, including calls for Commissioner Dame Cressida Dick to resign, after protesters were bundled to the ground and arrested after gathering in memory of 33-year-old Londoner.

Lockdown rules were applied incorrectly by the police in both cases, the report from the APPGDC said.

It said both police forces failed ‘to give transparency and clarity about how they would enforce the regulations in respect of peaceful protest’.

In response Avon and Somerset Police said: ‘During the period the report covers, the law was not sufficiently clear as to whether peaceful protest was lawful under Covid-19 regulations and all forces were interpreting them as best as they were able to.’

Labour MP and inquiry chairman, Geraint Davies, said the right to peaceful protest ‘must be supported not suppressed by the law’.

Mr Davies continued: ‘The police must not become the enforcement agency of the state against those who choose to publicly and collectively call for change – political, economic, social or environmental.

‘Parliament must protect our freedoms and reject attempts to increase police power and restrict our right to peaceful protest.

‘The police should help to facilitate the expression of peaceful protest and not drive opposition underground.’

Her Majesty’s Inspectorate of Constabulary and Fire and Rescue Services (HMICFRS) were in support of the way the Met handled the event and said there wasn’t any evidence of heavy-handedness.

But it did condemn the force’s ‘tone deaf’ response to criticism about the way it handled protesters, saying a more conciliatory approach would have been better.

Assistant Commissioner Louisa Rolfe, from the Metropolitan Police Service, said: ‘I stand by the actions of those officers who policed the events on Clapham Common. Those officers were met with an extraordinarily challenging circumstance and demonstrated the highest degree of professionalism in their engagement with those gathering.’

The APPGDC has proposed amendments to the Police, Crime, Sentencing and Courts Bill (PCSC), which are scheduled to be debated Monday, as a result of the findings.

State paying €460,000 a week after 'unexpected rise' in asylum seekers