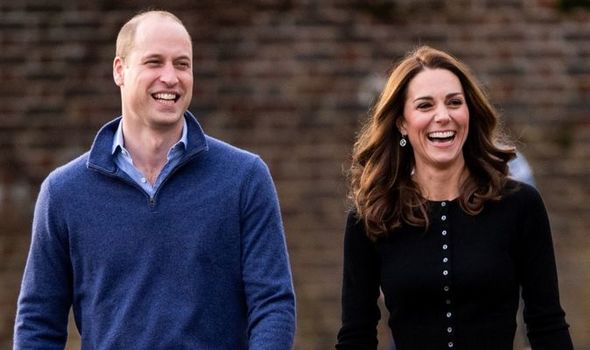 Pandemic curbs, previous reliance on The Firm’s older generation and the loss of several senior members means the Windsors are undertaking fewer than 60 per cent of the engagements they did two years ago. And they barely completed more than half the 2018 total – the year that Harry and Meghan were married.

An Express-commissioned tally of appearances shows William is the only working Royal Family member to have completed more duties this year than in pre-Covid 2019.

Kate, who will be 40 on January 9, saw a slight drop on her 2019 diary and one fewer engagement than in lockdown year 2020. But that was a smaller drop than the others from 2019 – and she has been praised widely for some high-profile projects and campaigns that required detailed planning in the past 12 months.

Patricia Treble, a Canadian researcher who analyses royal engagements for the Daily Express, said of the Cambridges: “Their overall level of engagements hasn’t changed much but that’s actually news, as the other senior royals have experienced large drops in their tallies during the pandemic.” The Royal

Ms Treble pointed to the difficulty of arranging visits in the pandemic, the scaling back of duties for the Queen and her elder cousins, and the loss of the Duke and Duchess of Sussex, and Prince Andrew from the list of working royals.

But she also suggested it was a pointer to the future in a slimmeddown monarchy under Charles III.

She said: “If there is a theme, it would be that the Windsors are truly ‘running out of royals’ to sustain their pre-pandemic workload.

“Obviously the upheaval generated by the pandemic during the last two years has meant that directyear-to-year comparisons between 2021 and pre-pandemic years can’t be made. However, one could infer that trends revealed by the pandemic and royal exits are likely to continue, especially as the older working royals – the Queen, the Duke and Duchess of Gloucester, the Duke of Kent, and Princess Alexandra – undertake fewer and fewer engagements.”

The Queen’s husband of 73 years Prince Philip died aged 99 in April and she has been hit by ill-health.

Just 35 per cent of this year’s, including audiences in her royal homes, were in person – the rest used video or phone links.

Prince Charles has tended toperform the most engagements in recent years while Princess Anne worked on the most days.

This year she took top spot for both, her 381 events being 10 more than her older brother and working 164 days, 19 more.

Charles, 73, saw a 31 per cent fall in his engagements while dates in the diary of the Queen’s 86-yearold cousin the Duke of Kent dropped by 62 per cent.

But William, 39 – helped by a series of phone calls he made to NHS staff which were all counted as individual engagements by his staff – was up five per cent to 227 on his 2019 total of 216.

Aides expect the Cambridges to step up their activity further as their three children grow up.

But for the moment their official duties are often organised around the school hours of Prince George, eight, Princess Charlotte, six, and three-year-old Prince Louis.

They are also arranged around campaigns which may need more detailed planning than traditional “ribbon-cutting” events.

The carol concert Kate hosted at Westminster Abbey involved researching and inviting 1,200 guests, organising the service and liaising with ITV on televising the event. The Duchess also practised piano to accompany singer Tom Walker on his hit For Those Who Can’t Be Here.

Other members of The Firm – including Charles and Camilla and the Countess of Wessex – have also been busy campaigning.

The issues they highlighted include climate change, domestic violence and child sexual exploitation while also undertaking more traditional engagements than those performed by the Cambridges.

Sources see no sign of the Queen or Charles wanting to use younger royals such as Andrew’s daughters, Princess Beatrice and Princess Eugenie, or Edward and Sophie’s children, Lady Louise Windsor, 18, and her brother James, Viscount Severn, 14, to bolster the line-up.

That means fewer charities are likely to have royal patrons or visits from this smaller pool of working members of the Royal Family.