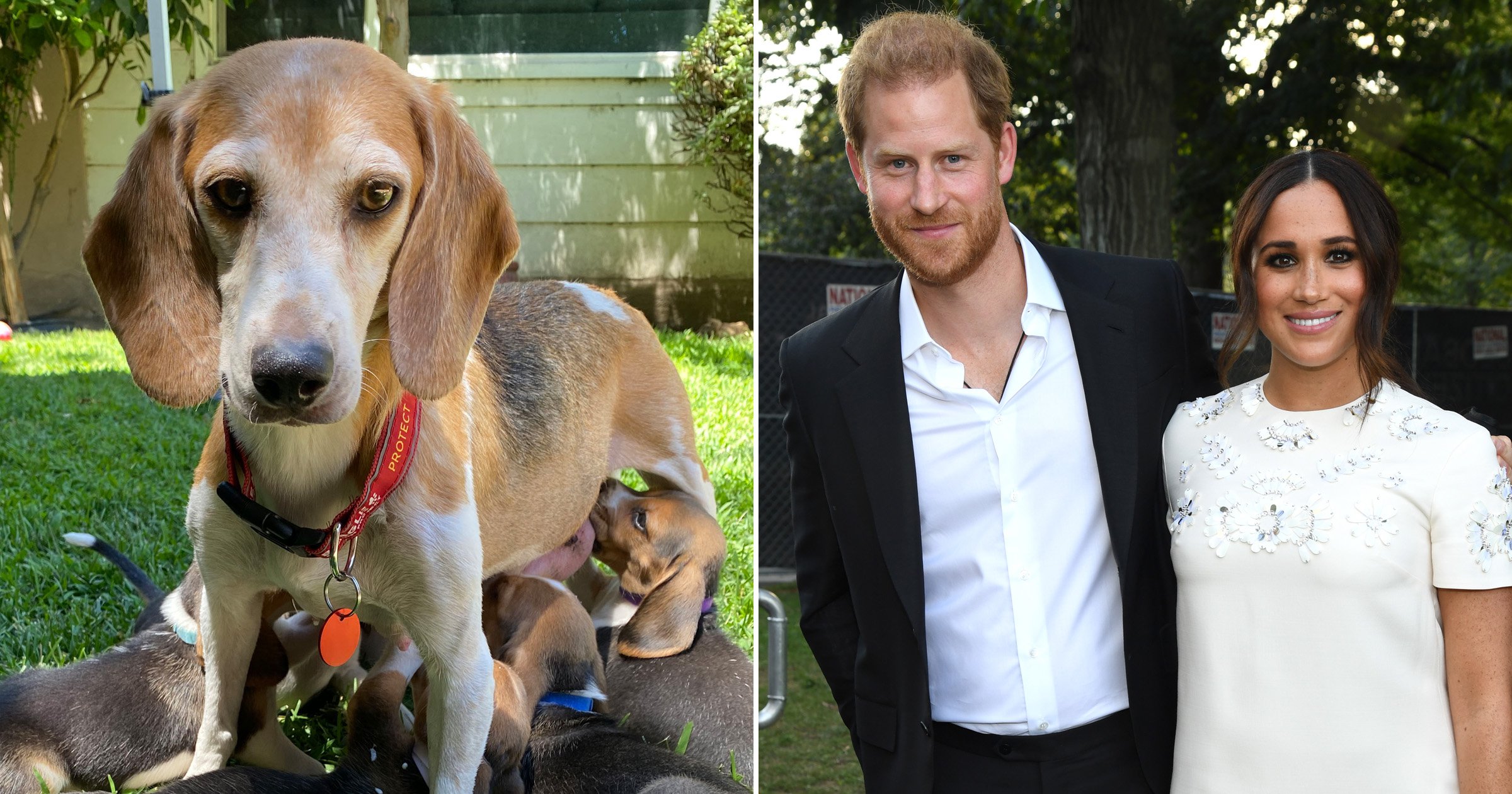 Prince Harry and Meghan Markle’s family is growing once again – and this time, the new addition is a canine variety.

The couple have adopted a beagle named Mamma Mia.

She was rescued along with around 4,000 other beagles by federal authorities in Virginia in July.

Mamma Mia – or Mia for short – came to the Beagle Freedom Project with a litter of eight puppies.

But after meeting her, Meghan is said to have told shelter staff: ‘No, we don’t want a Christmas puppy. … We want ones we can help who are older”

The seven-year-old rescue dog joins fellow beagle Guy and a black Labrador thought to be named Pula at their family home in Montecito, California.

She will also need to learn to fit in with the couple’s two children, Archie and Lilbet.

The Los Angeles Times reported the couple made an after-hours visit to meet the rescue beagles.

Shannon Keith, an animal rights attorney who runs the centre, told the newspaper: ‘The duchess called me personally.

‘She calls on my cell with no Caller ID and says, “Hey Shannon, this is Meghan.”‘

Ms Keith said they talked for 30 minutes and she wondered if it was Megan Fox, but it was indeed the Duchess of Sussex.

Animal-lover Meghan has adopted a number of rescue dogs over the past few years and brought her American rescue beagle Guy to the UK when she married Harry.

The former actress chose animal welfare charity Mayhew as one of her first patronages.

When she moved to England to be with Harry she had to leave Bogart – a Labrador-shepherd mix – in the US.

Meghan has previously said her dogs ‘mean the absolute world’ to her and has referred to them as ‘my loves’ and ‘my boys’.

Guy and Bogart regularly featured on her Instagram account, with Guy even appearing in a patriotic knitted Union flag jumper.

Meghan often used the #adoptdontshop hashtag in her Instagram posts.

The Queen is the royal best known for her love of dogs.

In their engagement interview in 2017, Harry revealed the Queen’s corgis and dorgis took to Meghan ‘straight away’.

He said: ‘And the corgis took to you straight away.

‘I’ve spent the last 33 years being barked at; this one walks in, absolutely nothing…’

Describing the moment, Meghan said: ‘Just laying on my feet during tea, it was very sweet.’

And Harry added: ‘…just wagging tails and I was just like argh.’

Assange to Testify on Being Recorded in Embassy in London