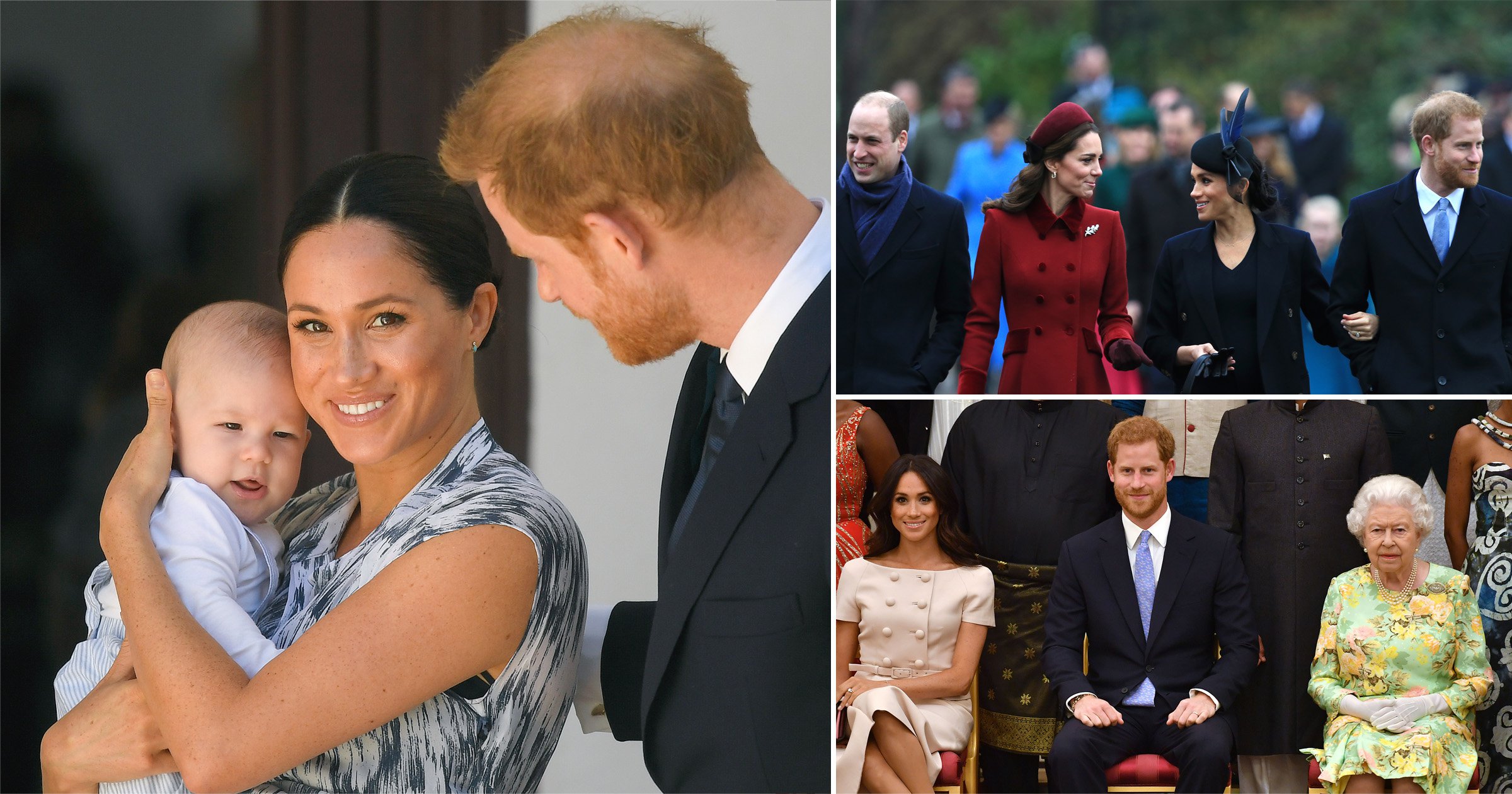 The Queen is in line to meet her great-grandchild Lilibet for the first time this Christmas, sources suggest.

Harry and Meghan’s three-month-old child is named after her Majesty.

A festive return by the Sussexes would be a chance to smooth relations in the Royal Family, royal author Katie Nicholl said.

She told Closer: ‘When Harry and Meghan left, they made it clear they didn’t want to give up their home in Britain. They still have Frogmore Cottage and their plan was to come back to the UK.

‘Christmas is being looked at as an opportunity. There may be a softening, which could pave the way for a healing of the family rift.

‘It’s certainly what the Queen wants. Prince Charles would like to see his grandchildren. A meet-up suggests they hope to move on and sort things out.’

If the plan comes to fruition it would be Lili’s first time in Britain, while their first child Archie has not been back since last winter.

Meghan hasn’t returned since March 2020 when the couple stepped down as working royals.

Even Harry has only made fleeting visits, at the funeral of grandfather Prince Philip in April, and a second time to unveil a statue of their mother the late Princess Diana on July 1.

He only stayed long enough to respect a quarantine and attend each specific event before returning to his new home in California.

The last time the couple spent Christmas in the UK was in 2018, seven months after their wedding.

Bringing their children back this Christmas could be a chance for Harry and Meghan to spend precious time with family members, including Prince William and Kate Middleton.

They all appeared on a special tribute programme to Philip which aired on BBC One tonight.

The Queen became a great-grandmother for the 12th time last weekend when Princess Beatrice gave birth to her first child.