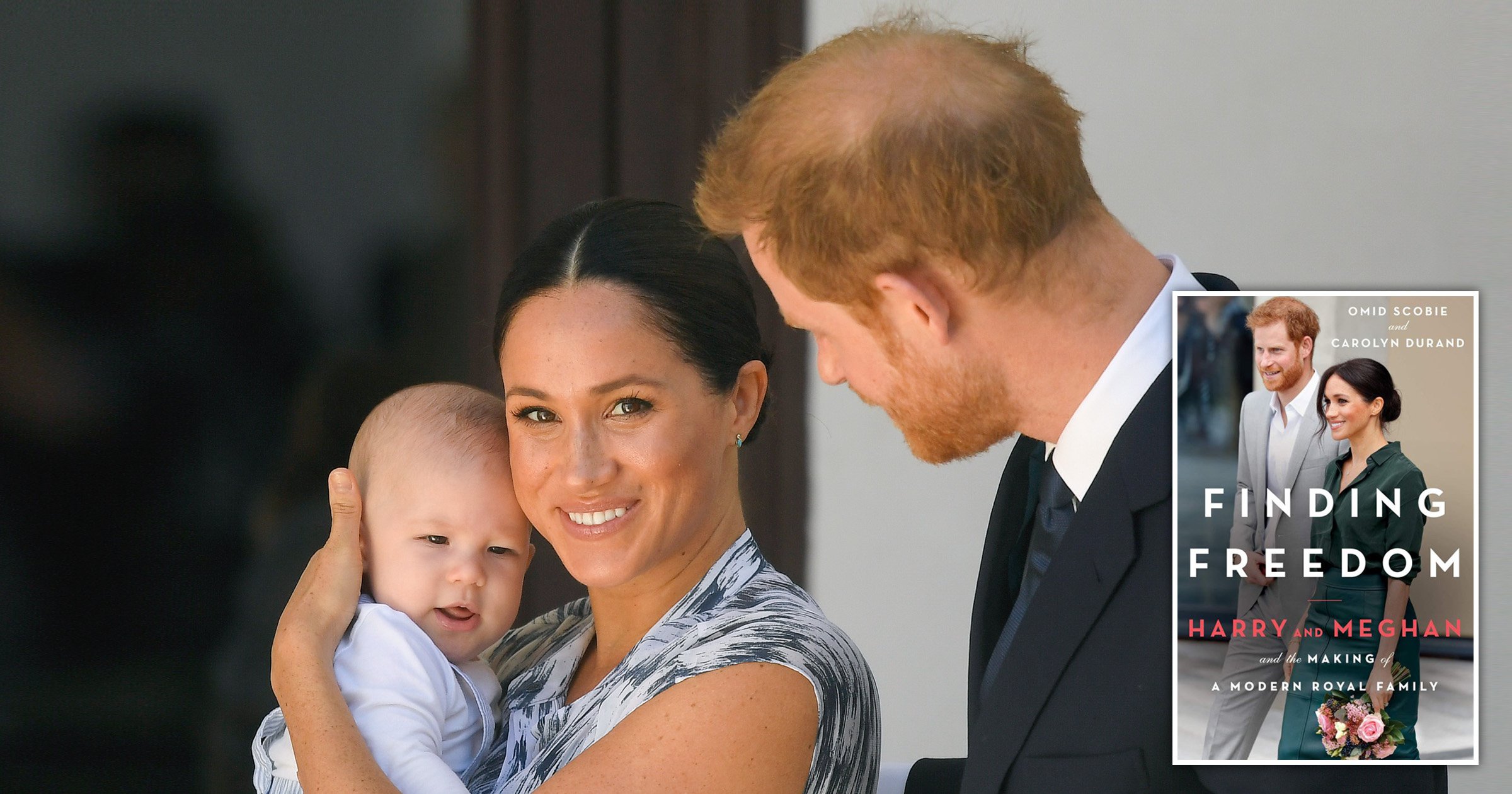 Harry and Meghan ‘considered naming’ the senior royal who allegedly made racist remarks about their son’s skin colour, it has been claimed.

An updated edition of the couple’s unauthorised biography Finding Freedom has made a series of new claims about the events of the last few months.

The Sussexes told US chat show host Oprah Winfrey that a royal expressed ‘concerns’ before Archie was born but have so far declined to name that person, only saying it wasn’t the Queen or Prince Philip.

The allegations were the most damaging claims in the bombshell interview and sent the monarchy into crisis with Prince William having to deny the royal family is racist.

A leaked copy of the new epilogue to the book, which has been seen by the Daily Mail, says the couple ‘weighed up’ sharing further details including the person’s name but ultimately decided not to.

In the end Meghan told Oprah during the interview that revealing the individual’s identity would be ‘very damaging to them’.

Harry and Meghan have distanced themselves from the book, saying it ‘seems to rely on unnamed sources.’

But they are known to be close to authors, Omid Scobie and Carolyn Durand, and the first edition was widely seen as being favourable to the couple’s point of view.

The new chapter of the book also claims the Sussexes were unhappy at the way Buckingham Palace handled their Oprah allegations.

As well as accusing a royal of racism, Meghan said she felt ignored while trying to raise concerns about her mental health.

Several days after the interview aired, a statement was released by the Queen that said she was saddened to hear of the couple’s struggles but ‘recollections may vary’.

Scobie and Durand claim Prince William was furious after the interview because ‘private family matters were being discussed in the public domain’.

The book also covers Prince Philip’s funeral, the first time Harry was reunited with members of the family since he left for the US.

It cites ‘royal sources’ who claimed the family were happy a pregnant Meghan wasn’t able to attend because they ‘didn’t want a circus’ or ‘the duchess creating a spectacle’.

It states Harry was only on ‘light speaking terms’ with his father Prince Charles before the funeral but spoke at the service and at a small gathering afterwards.

He also spoke twice more to brother William and it was thought the chats went some way to healing the rift in the family, the book claims.

Despite the fallout, the book claims that the Sussexes have no regrets about leaving their roles as senior royals and voicing their concerns about the institution.

Friends told the authors that Meghan had found the Oprah interview ‘cathartic’ and ‘liberating’ as she was finally able to voice the allegations she had kept to herself for so long.