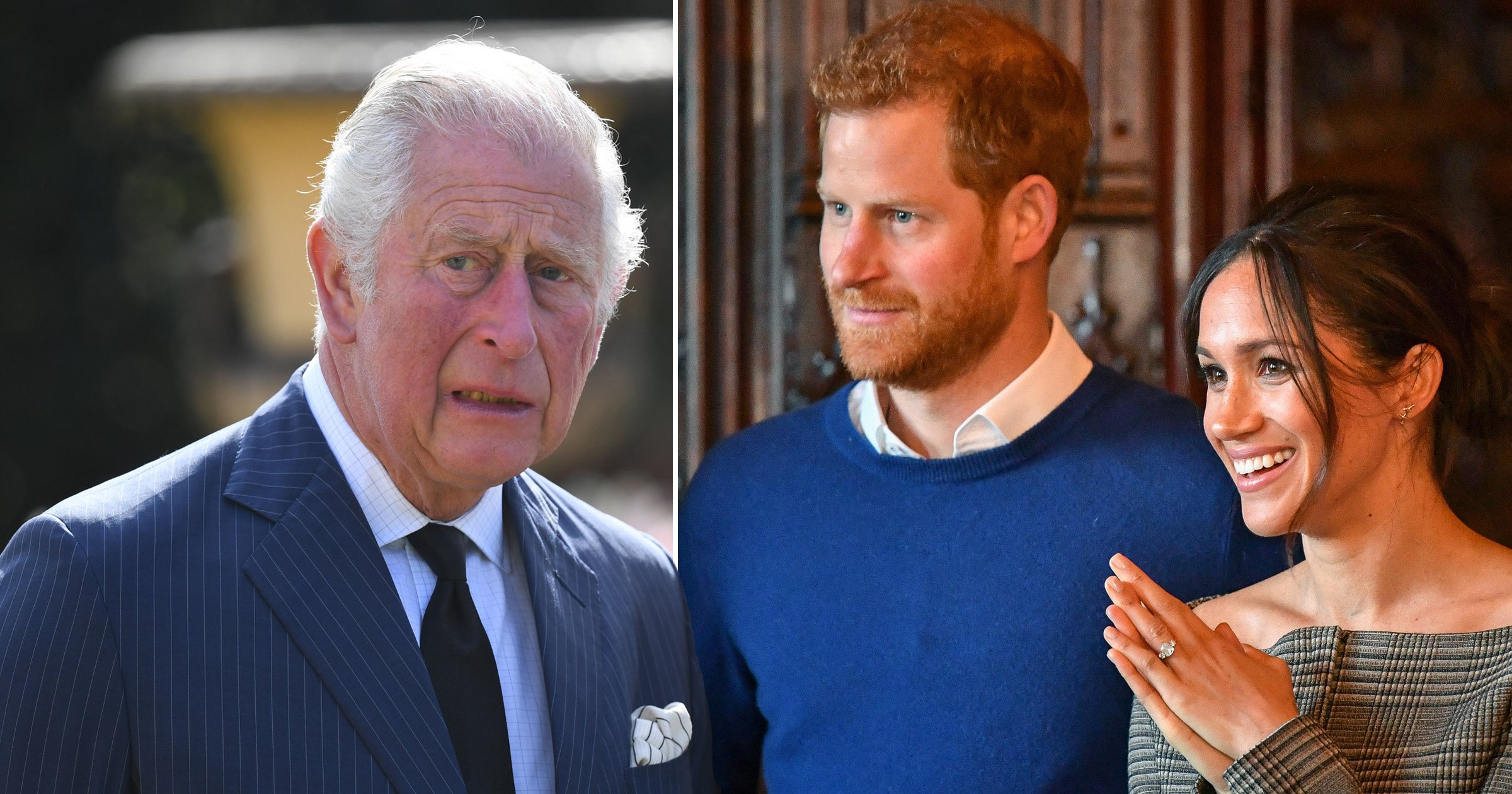 An expert has suggested Prince Harry and Meghan Markle could be dropped from the Royal Family in plans to streamline the monarchy.

It comes after Prince Charles and Prince William were said to have met to discuss the future of the family following the death of Prince Philip on April 9.

Royal biographer Angela Levin thinks the Prince of Wales is looking to ‘cut the monarchy down’ to save money.

‘Prince Charles has wanted for a very long time to cut the monarchy down to save costs and to make people be worth the money that they got from the taxpayer,’ she told talkRADIO.

‘I imagine that might be when Harry and Meghan are ditched from being members of the Royal family.

‘I think the outer edge, which the Queen has wanted to keep together for a very long time for sentimental reasons, which at her age she didn’t really particularly want change which I think is understandable.

‘But he wants to change and I think he will do that.’

Ms Levin thinks this is the time Prince Harry, Meghan, their son Archie and unborn daughter could be ‘cut loose’ from the Royal Family.

Other royals risk losing their titles and patronages, and could be encouraged to take on paid work to help support themselves.

The death of the Duke of Edinburgh at the age of 99 has left behind hundreds of patronages to be passed down, including his title.

Prince Harry and Meghan Markle’s work will also be redistributed after they quit as working royals more than a year ago, and a review of the situation in February stripped them of their remaining patronages.

Prince Andrew, who stepped back from duties following a Newsnight interview over his friendship with sex offender Jeffrey Epstein, also has some roles and military title which will need to be allocated.

The Prince of Wales and Duke of Cambridge are expected to decide over the next few weeks and months how they will move forward and streamline the work.

It comes as Harry and Meghan’s biography, Finding Freedom, is being rewritten to add new chapters covering their tell-all interview with Oprah Winfrey and the fall-out from it.

The first edition of the book was first published in summer last year and covered up to their departure as senior royals in early 2020.

Royal fury: How Kate and William were accused of ‘deliberate snub’ by Labour Party

Swings and roundabouts on the campaign trail in Bailey country