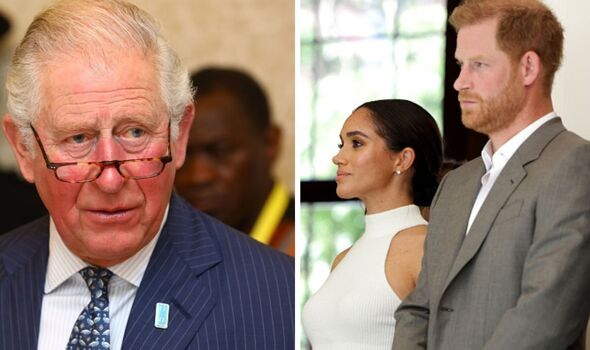 Harry and Meghan are demanding a “sit-down meeting” with senior members of the Royal Family, following the release of the explosive Netflix documentary series this week. The Sussexes want the Royal Family to “take responsibility” for the hurt and damage they put the couple through. The couple wants a meeting before attending King Charles’ coronation, according to a source close to the couple.

BBC viewers hit out at Harry & Meghan reporting by Witchell

A source close to the Sussexes told The Times that the Duke and Duchess of Sussex want to “sit down with the Royal Family” for a meeting to address the“issues” they raised in the six-hour Netflix series.

The source said: “Nothing like that was ever done when Harry and Meghan raised various concerns — no meeting, formal apology or taking responsibility or accountability.

“That is hard to swallow — 100 percent yes they’d like to have a meeting.”

A senior palace source said: “If they want to get in touch with the King, they know where he lives.”

In the final three episodes of the controversial documentary series, Harry admitted he would have “to make peace with the fact we’re probably never going to get genuine accountability or a genuine apology”.