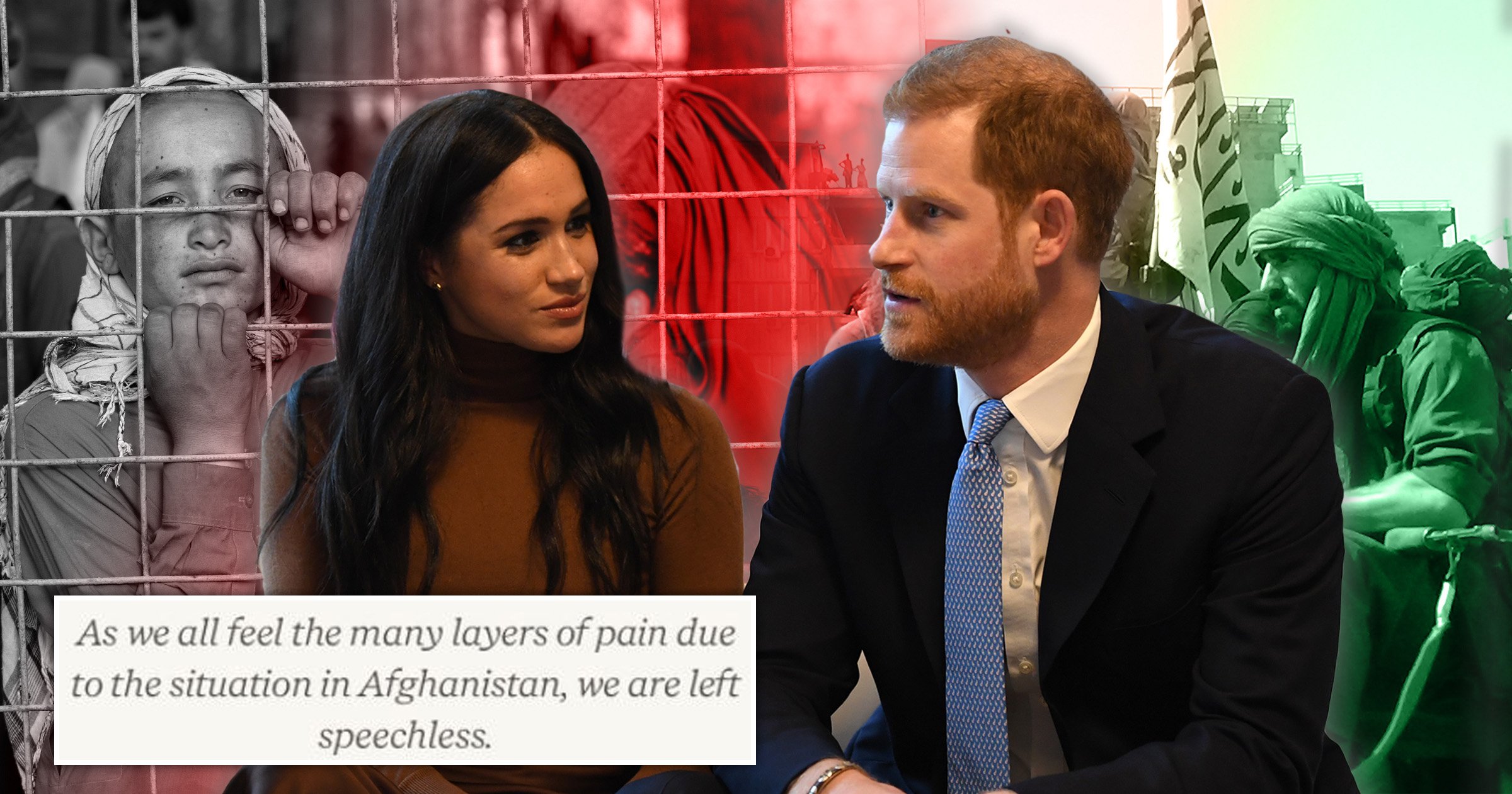 The Duke and Duchess of Sussex have expressed their heartache over the state of the ‘exceptionally fragile’ world.

Prince Harry and Meghan Markle issued a new statement on Tuesday admitting they are ‘speechless’ after the Taliban took control in Afghanistan.

The couple also said they were ‘heartbroken’ as more than 1,400 people die in an earthquake in Haiti and the Covid pandemic continues to take lives across the world.

They have called on the public to ‘take action’ and support charities helping the vulnerable.

It comes after Harry – who did two frontline tours of Afghanistan during his 10 years in the Army – urged military veterans to ‘support one another’.

In a joint statement on their Archewell website, the pair said: ‘The world is exceptionally fragile right now.

‘As we all feel the many layers of pain due to the situation in Afghanistan, we are left speechless.

‘As we all watch the growing humanitarian disaster in Haiti, and the threat of it worsening after last weekend’s earthquake, we are left heartbroken.

‘And as we all witness the continuing global health crisis, exacerbated by new variants and constant misinformation, we are left scared.’

Calling on the international community to alleviate suffering, the Sussexes added: ‘When any person or community suffers, a piece of each of us does so with them, whether we realise it or not.

‘And though we are not meant to live in a state of suffering, we, as a people, are being conditioned to accept it. It’s easy to find ourselves feeling powerless, but we can put our values into action – together.

‘To start, we encourage you to join us in supporting a number of organisations doing critical work. We also urge those in positions of global influence to rapidly advance the humanitarian dialogues that are expected to take place this fall at multilateral gatherings such as the UN General Assembly and the G20 leaders’ summit.

‘As an international community, it is the decisions we make now – to alleviate suffering among those we know and those we may never meet – that will prove our humanity.’

Archewell said it was supporting the emergency response in Haiti with its partner World Central Kitchen.

It also highlighted other organisations such as Women for Afghan Women, Afghanaid and Mercy Corps.

Ambulance flips into ditch after crashing with lorry on M3