Harry and Meghan 'on course to cause problems' says Rae

Prince Harry and Meghan Markle are reported to have been handed an invitation to join the Queen at Balmoral for her annual summer retreat in Scotland. The Duke and Duchess of Sussex skipped the family reunion last year due to standing coronavirus restrictions, and Charles Rae suggested the coupled might not return to the UK for the event this year either. Asked to comment on reports of the visit, Mr Rae told GB News: “It’s slightly bit more than a rumour because staff have been told at Balmoral to prepare for the visit.

“They’re preparing for the visit of all members of the Royal Family who turn up at different times.

“It’s not unusual, or a very big surprise, she has invited Harry and obviously Meghan because he’s still her grandson. People are saying this is an olive branch, trying to keep the peace and everything else.

“If they do turn out at Balmoral, which I’m doubtful that they will, at least they might get more than 15 minutes with the Queen which is what they got at the Jubilee.”

Asked by presenter Stephen Dixon why he did not think the Duke and Duchess might return, Mr Rae said: “I just think Harry and Meghan are on a course to cause as much problems as possible.”

JUST IN: Should Meghan and Harry take up Queen’s invite to Balmoral? 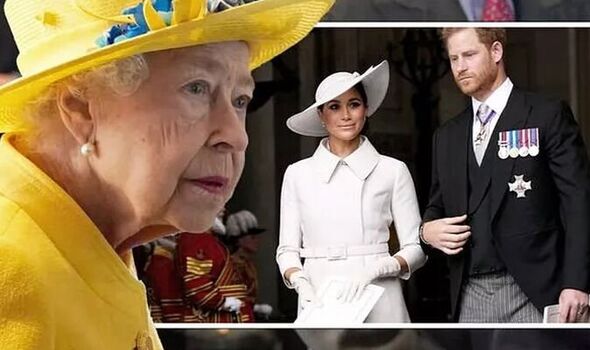 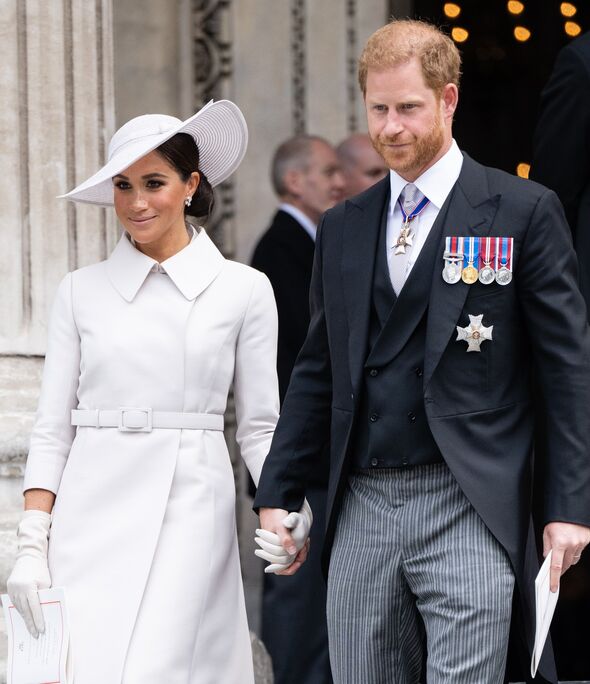 He cited Prince Harry potentially challenging the Home Office over security arrangements for his family whilst in the UK as a potential source of contention with the Royal Family.

And asked whether Meghan and Harry would join the wider family at Balmoral amid reports they would be kept from other royals, the photographer noted the family normally schedules their visit to ensure the Queen has company throughout her stay in Scotland.

He added: “All members of the family are invited to Balmoral and they arrive at different times because it’s quite a while she stays up there.

“And she likes to have her family around her so William, Catherine, and the children go up. 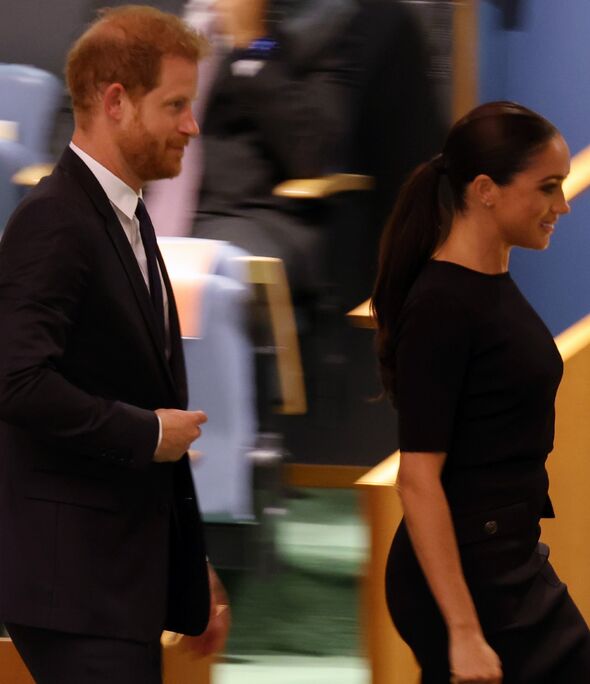 “So do Zara and Mike Tindall, and Edward and Sophie. They don’t usually turn up at the same time.”

Prince Harry and Meghan Markle briefly returned to the United Kingdom in June to mark the Queen’s Platinum Jubilee weekend.

They joined the family to observe Trooping the Colour from a building off Horse Guards Parade and later at St Paul’s Cathedral for the Her Majesty’s thanksgiving service.

The Duke and Duchess of Sussex met with the Queen at Windsor Castle shortly before hosting a small party to celebrate their daughter Lilibet Diana’s first birthday. 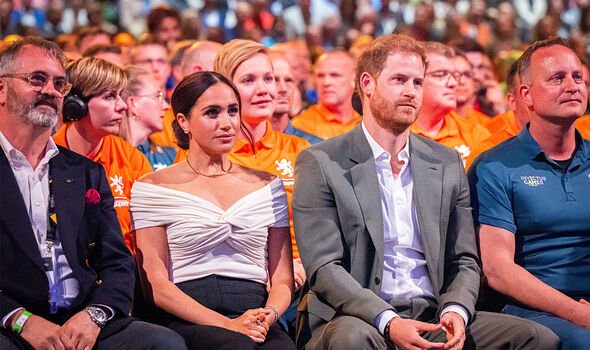 The pair returned home to Montecito as the Royal Family marked the final event of the Jubilee weekend, the People’s Parade outside Buckingham Palace.

The couple is believed not to have spent much time with either Prince Charles or Prince William, with whom relations have been strained since the pair stepped down from their royal roles in March 2020.

In the bombshell Oprah Winfrey interview the following year, the Duke of Sussex claimed he had been financially cut off by the Prince of Wales and that his father had stopped taking his calls.

And Prince William reacted none too kindly to claims an unnamed member of the Royal Family had questioned their son’s skin colour before his birth, briefly commenting as he was doorstepped the day after the interview: “We are very much not a racist family.”

‘Brexit is DEAD!’ Brexiteer SAVAGES Theresa May for threat to delegate trade deals to EU