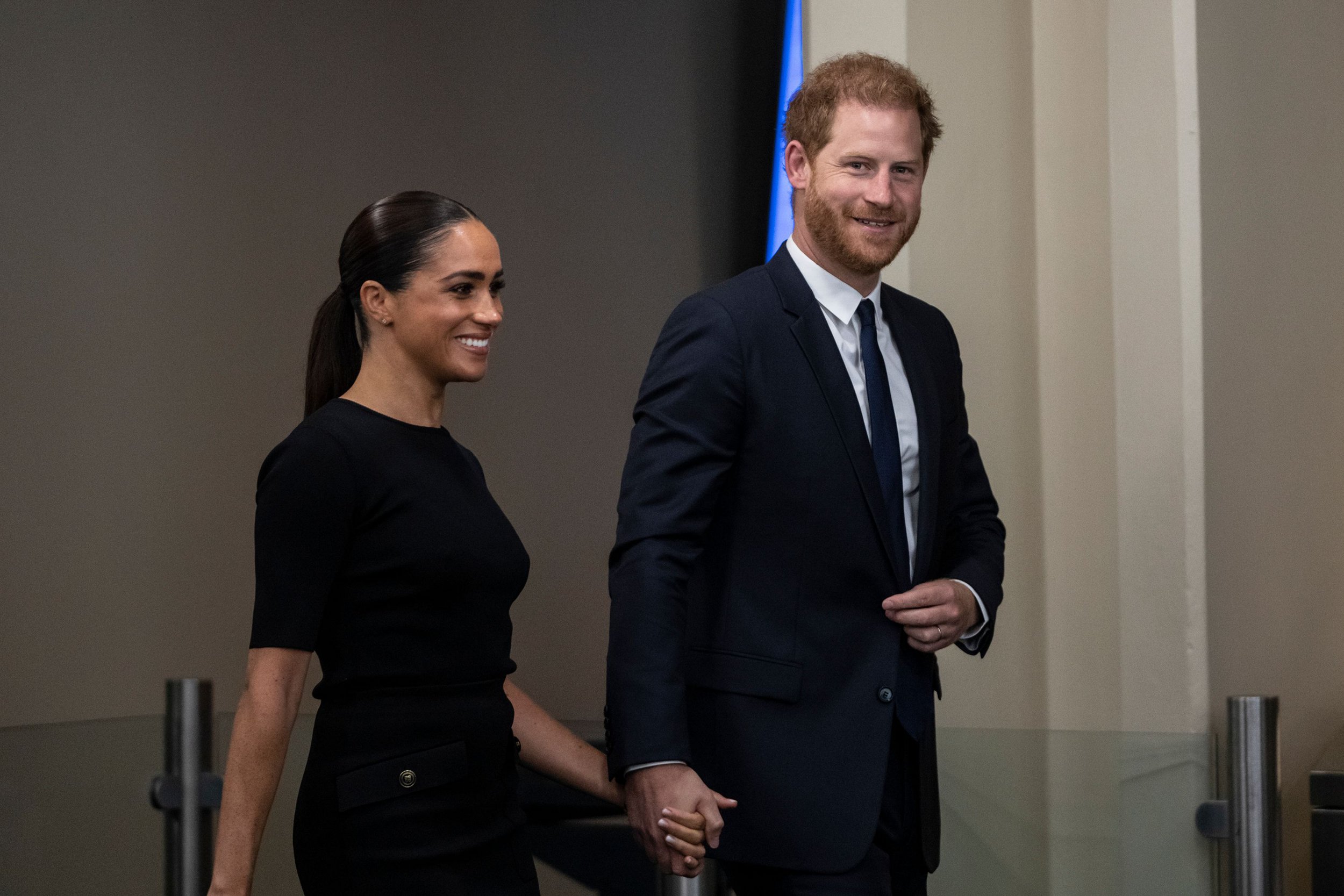 Robert F. Kennedy’s daughter has revealed Prince Harry and Meghan will be handed an award for their ‘heroic’ stance against the ‘structural racism’ of the royal family.

Kerry Kennedy, one of RFK and Ethel Kennedy’s 11 children and the president of the foundation will give them the gong at a ceremony next month.

She has said the Duke and Duchess of Sussex have challenged the royal family’s ‘power structure.’

The former Royals will receive the award at the Ripple of Hope Gala in New York on December 6, with spots at their table going for up to $1million.

The gala is organised by the Robert F. Kennedy Human Rights foundation, named after President Kennedy’s younger brother, who was assassinated in 1968.

Kennedy, the ex-wife of disgraced New York Governor Andrew Cuomo, told The Telegraph: ‘They went to the oldest institution in UK history and told them what they were doing wrong, that they couldn’t have structural racism within the institution; that they could not maintain a misunderstanding about mental health.’

Kennedy said: ‘Few would have the courage to question their colleagues, family and community about the power structure they maintained, and this is what Meghan Markle and Prince Harry have done.’

Kennedy added that the Sussexes ‘knew that if they did this there would be consequences… and that people would blame them for it.

‘They have done it anyway because they believed they couldn’t live with themselves if they didn’t question this authority.’

‘I think they have been heroic in taking this step,’ she said.

The decision to give them the top human rights award has baffled some Kennedy historians.

‘If you look at the people who have been awarded the Robert Kennedy prize in the past – Bill and Hillary Clinton, Nancy Pelosi [Speaker of the US House of Representatives], Bishop Desmond Tutu – and then you have to ask what are Harry and Meghan doing here?

‘What in God’s name have they done to merit this? What percentage of Harry and Meghan’s wealth is going to worthy causes?’

Prof Nasaw said Kennedy patriarch Joe, a staunch Irish Catholic, would be turning in his grave to see branches of his family ‘latching on to British Royalty’.

Tickets for the glitzy gala night are selling for up to $1 million, to rub shoulders with the ex-Royal couple.

The ‘Pioneer’ package includes four seats at the top table where the Duke and Duchess are expected to sit.

While the decision to honour the Sussexes has baffled some, it may be no coincidence that the director of their upcoming Netflix docu-series, Liz Garbus, is partner in a film company with Rory Kennedy, the youngest of Robert F. Kennedy’s 11 children.