Meghan Markle and Prince Harry should consider getting a fallback plan given they get the the bulk of their wealth from their relations with the Royal Family, a TV broadcaster warned. The couple have both started projects related to the Firm, with Prince Harry set to publish a tell-all memoir on his royal relatives and Meghan dropping revelations in her Archetypes Spotify podcast. Without those projects, Esther Krakue suggested, the Sussexes could potentially struggle financially.

She told Sky News Australia: “I do hope they do reconcile because I think it’ll be a positive thing for everyone.

“I would advise Meghan and Harry to find some sort of expertise like, I don’t know, get a degree in neurobiology or something.

Amid Piers Morgan’s laughter, she added: “But you know, when your only revelance stands from being in the Royal Family, with Meghan’s case for two years, you kind of want a back-up plan.” 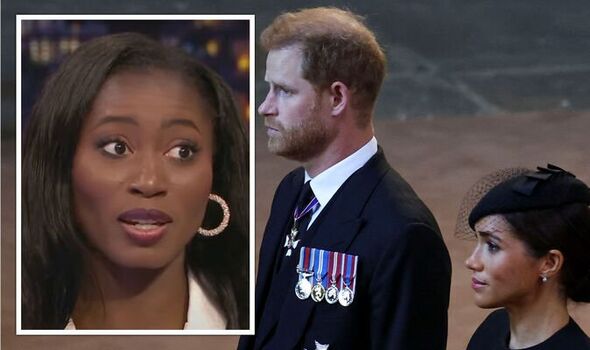 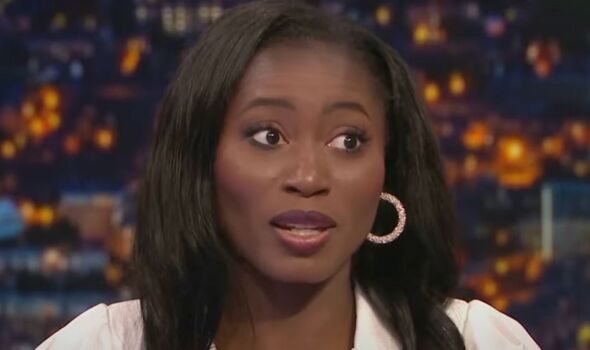 Asked about when the royal feud could be resolved, Ms Krakue said: “I think it’s too early to tell. Obviously, everyone is waiting with bated breath over Harry’s book, which I really hope is not as bombastic as we fear it will be.

“And obviously, you know, Meghan’s podcast.

“Let’s hope she doesn’t say anything more aggregeous about the Royal Family.” 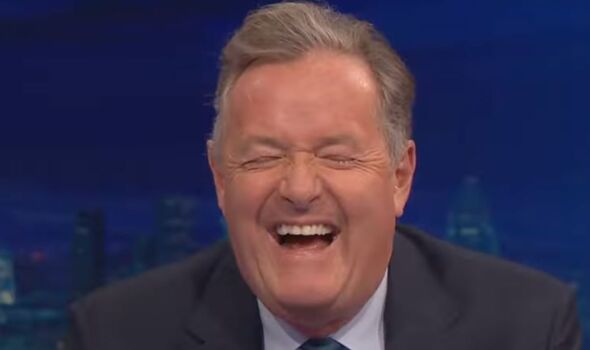 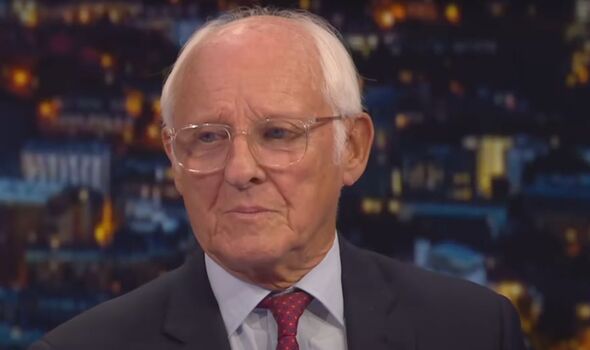 The Queen’s former Press Secretary, Dickie Arbiter, said: “I think she is going to keep capitalising on what she’s been capitalising so far.

“She’s got a title, she’s got a captive audience in th United States.

“I mean, the Sussex squad were tweeting in America.” 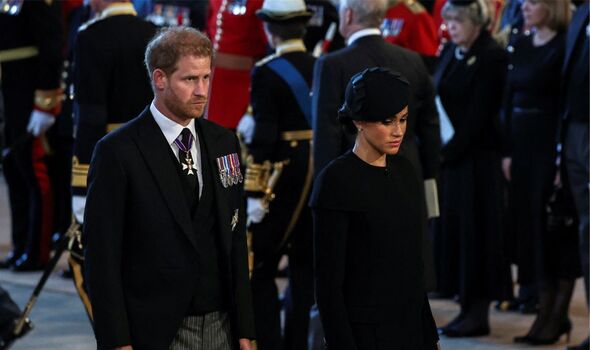 Meghan Markle and Prince Harry have reportedly flown back to the their Montecito mansion in California after the Queen’s funeral.

According to Meghan’s friend and broadcaster Gayle King, both sides had made an effort to heal their rift.

READ NEXT:
Royal expert blasts ‘temporary truce’ between Sussexes and Waleses
Sophie Wessex praised for interaction with Meghan at Queen’s funeral
A kingdom united in grief for its monarch, says VIRGINIA BLACKBURN
Prince Andrew ‘lobbied hard’ against Charles being King – claims
Prince Harry in ‘Catch-22 situation’ between Meghan and family

Jo Swinson’s Brexit claims pulled apart by voter in furious BBC row ‘Can you prove that?’

Lockdown end: Will there be a fourth lockdown in England? When will this lockdown end?

Self isolation: How long will we have to self-isolate?