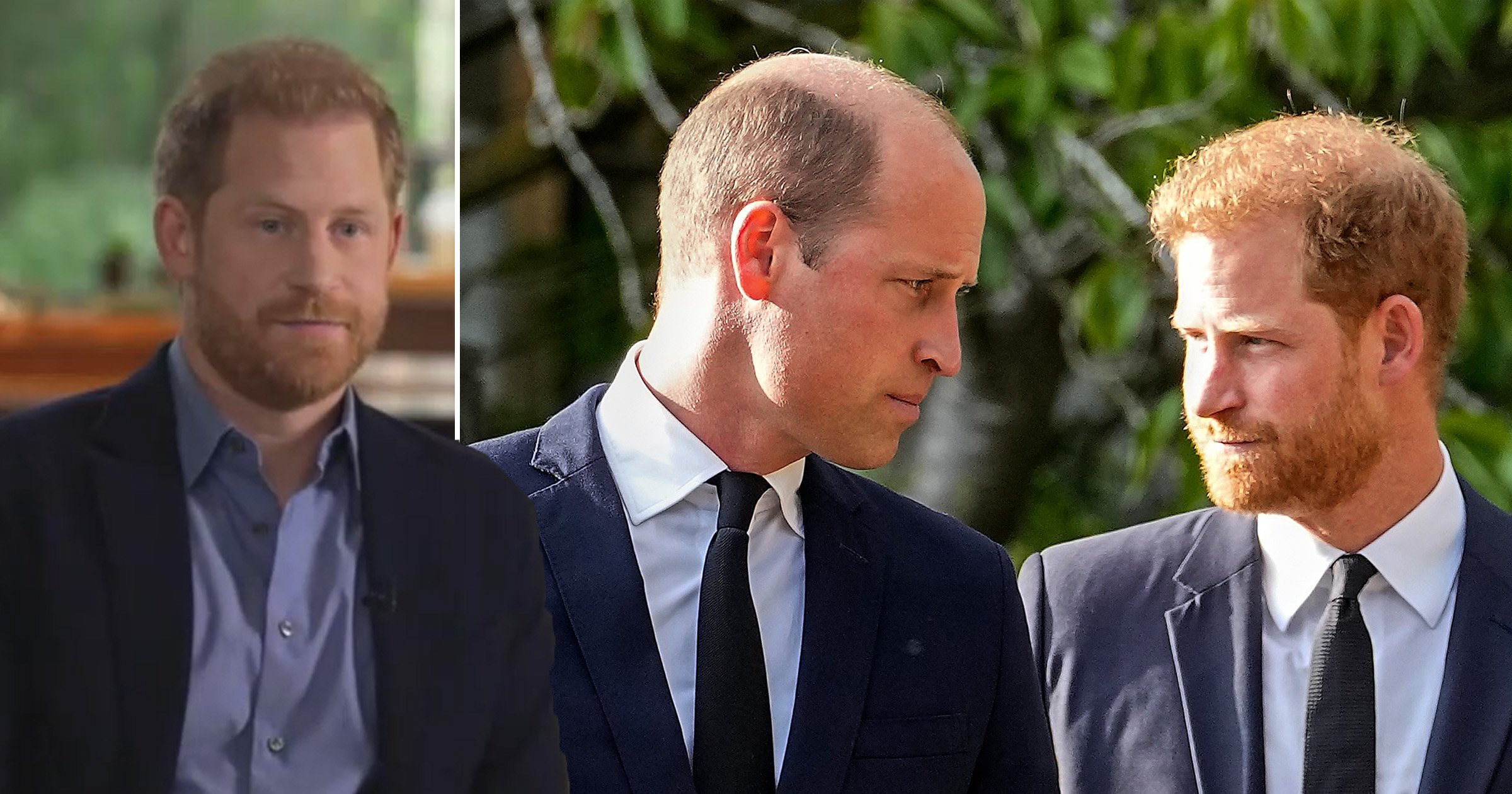 Prince Harry brands his brother Prince William his ‘arch-nemesis’ in his explosive new memoir Spare, it was revealed today.

The latest quote from the book was revealed this morning by Good Morning America host Michael Strahan.

He released a a short clip from a one-on-one interview with Harry, which is due to air in full on Monday morning.

It comes after a number of bombshell claims about Harry and Will’s relationship were leaked ahead of the release of his book next week.

According to Page Six Prince Harry claims in the new book that his brother and his wife ‘howled’ with laughter when they were asked about the Nazi uniform he wore to a party in 2005.

He also said the heir to the throne attacked him after branding Meghan Markle ‘difficult’, ‘rude’ and ‘abrasive’ shortly before Megxit.

In the short seconds-long glimpse at the sit-down, Strahan is heard telling Harry: ‘There’s a quote in the book where your refer to your brother as your “beloved brother and arch-nemesis”. Strong words. What did you mean by that?’

Harry then responds: ‘There has always been this competition between us, weirdly. I think it really plays into or always played by the “heir/spare”.’

The clip from the interview comes amid sensational fallout over several leaked extracts from Harry’s memoir.

It is not known how early copies of the book were obtained, given that the publisher – Penguin Random House – was understood to have gone to great lengths to keep it under wraps.

In a clear indication that Harry plans to hold nothing back when it comes to airing his true feelings about his brother, another extract sees the Duke accusing William of physically attacking him after branding Meghan Markle ‘rude’ and ‘difficult’ shortly before the Sussexes quit their royal roles.

Covid passes start in days – but what if you don’t have a smartphone?