Prince Harry has advised people to follow Nelson Mandela in ‘finding meaning and purpose in struggle’ in a speech in which he named Meghan Markle his ‘soulmate’.

The Duke of Sussex also paid tribute to his late mum Princess Diana as being ‘dedicated to serving humanity’ as he spoke about his lifelong connection to Africa in an address on Nelson Mandela International Day.

Speaking at the United Nations Headquarters in New York, he warned the world is seeing a ‘global assault on democracy and freedom’ – with those in power ‘weaponising lies at the expense of the many’.

But, rather than growing apathetic and angry, people could choose to ‘wear their principles as armour’ and ‘never give up in their darkest hour’, the royal said, as the Duchess of Sussex watched on.

Harry described Mr Mandela, the first black President of South Africa, as a ‘man with the weight of the world on his shoulders’ who was still ‘able to see goodness in humanity’.

He went on to say the anti-apartheid activist ‘was not blind to injustice as he lived it but still knew we could overcome it’.

Speaking about Mr Mandela’s home continent, he said: ‘Since I first visited Africa at 13 years old, I’ve always found hope on the continent.

‘In fact, for most of my life, it has been my lifeline. A place where I found peace and healing time and time again.

‘It’s where I felt closest to my mother and sought solace after she died, and where I knew I’d found a soulmate in my wife.’ 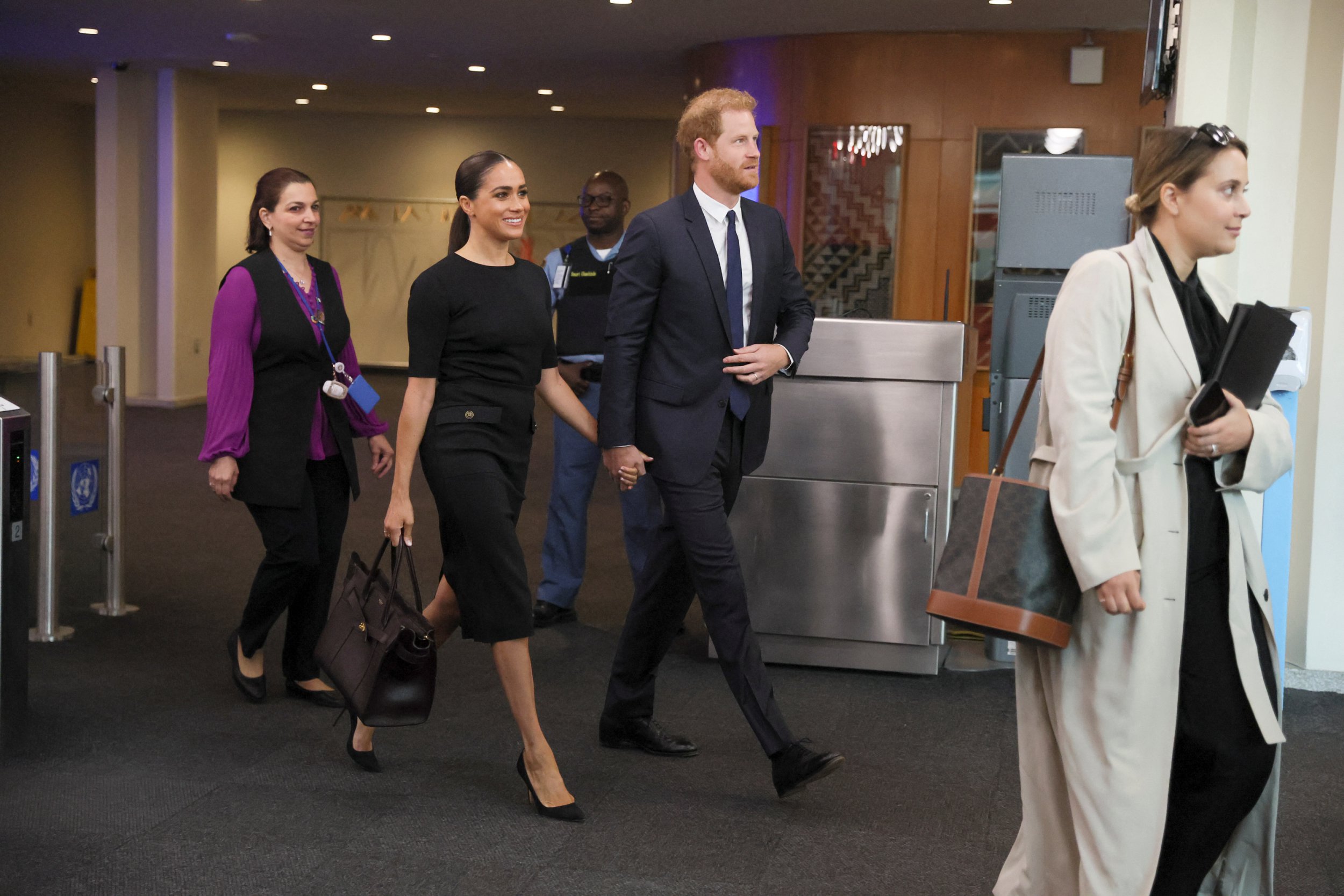 Referencing a picture of Diana and Mr Mandela in Cape Town in 1997 that is up on his wall, he added: ‘When I first looked at the photo, straight away what jumped out was the joy on my mother’s face, playfulness, cheekiness even.

‘The pure delight in being in communion with another soul so dedicated to serving humanity.

‘And then I looked at Mandela. He was a man with the weight of the world on his shoulders, asked to heal his country from the wreckage of its past and transform it for the future.

‘A man who had endured the very worst of humanity. Vicious racism and state-sponsored brutality.

‘A man who had lost 27 years with his friends and family that he’d never get back. Twenty-seven years.

‘Yet in that photo, and so many others, he is still beaming, still able to see the goodness in humanity, still buoyant with a beautiful spirit that lifted everyone around him.’

The dad-of-two said he had looked to Mandela’s writings to find insight on ‘how he found the light’ during his 27 years in prison.

He said billions were facing a ‘pivotal moment amid ‘injustice and extraordinary pain’, referencing the Ukraine war, the pandemic, climate change and the rollback of abortion rights in the US.

People should ‘harness light of Mr Mandela’s memory to illuminate the way forward’, he said.

The duke added: ‘If we can summon his humanity, better day will truly be on horizon.’

Motorists 'could be charged for every mile they drive'