The prime minister has said he will “support anything” that gets justice for motorcyclist Harry Dunn after he was asked about the prospect of a virtual trial for the woman accused of killing him.

Harry, 19, was hit outside RAF Croughton in Northamptonshire in August 2019 by Anne Sacoolas, who had just left the US intelligence base where her husband worked.

She later claimed diplomatic immunity and returned to America.

Boris Johnson was asked on Friday if he would support a virtual trial of Mrs Sacoolas, a prospect currently being considered by the UK’s attorney general.

He said: “There is the legal possibility that you mention.

“I think the best thing that I can say is, I will support anything that helps to bring justice for Harry Dunn and brings some sort of closure for his family because they have suffered for a long time.” 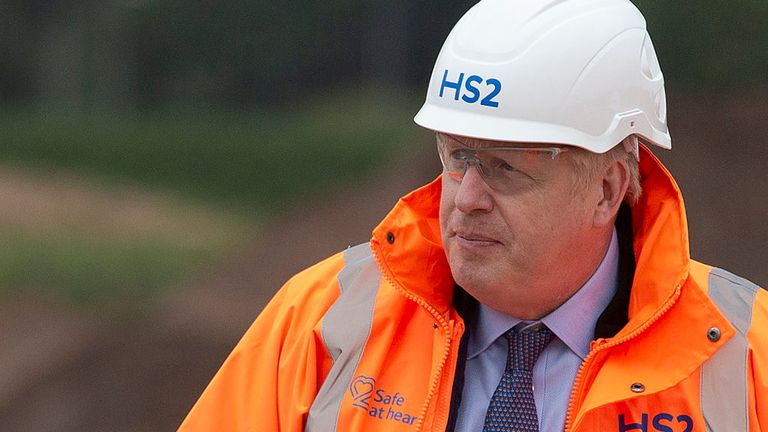 Mrs Sacoolas was charged with causing Harry’s death by dangerous driving in December but an extradition request by the UK was turned down by the US.

Responding in a video message to Sky News, Harry’s mother Charlotte Charles said the family were “pleased” to hear the comments.

She said: “We’re really pleased to hear the prime minister’s comments this afternoon about getting justice for Harry.

“The last year has been a year in which we’ve really struggled, we wouldn’t wish anything we’ve been through on our worst enemy… it’s taken every ounce of energy we can muster to get through every hour of every day to this point.”

She added: “I’m just pleased that Prime Minister Johnson has come out with those comments today.

“It’s helping us feel we are yet another step closer and that we’re almost there, so fingers crossed we can make this happen sooner rather than later.”

The family’s spokesperson, Radd Seiger, tweeted: “At long last we have some visibility that the British authorities are doing every thing they can to get justice for Harry.

“We are sensing that we are nearly there and it is good to see that the prime minister is onboard with that.”

Harry’s family said last month that they had withdrawn their intention to sue the Trump administration over his death, hoping it would encourage US officials to meet them.

The US State Department has said it is looking for a “reasonable resolution”.