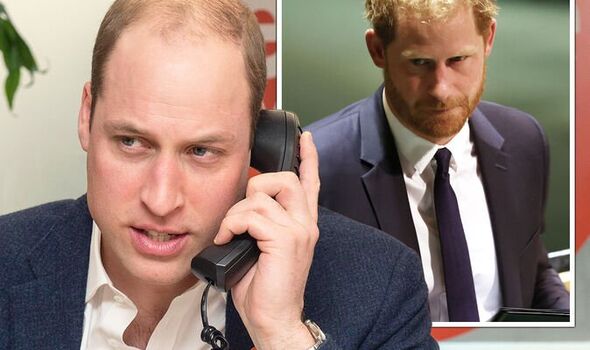 The new documentary, timed to come out next week on the 25th anniversary of the death of Princess Diana in a Paris car crash, provides new insights into the rift between the royal brothers and blames the behaviour of Harry’s wife Meghan for it.

It also claims that William, “who already didn’t like his sister-in-law very much”, became so angry at his brother’s insistence on protecting his wife from criticism that he jumped in a car “towards Kensington Palace to go and confront Prince Harry”.

Pierrick Geais, a royal author who has written a book about the Duke of Cambridge, told the programme: “William, who already didn’t like his sister-in-law very much, became furious. He called Harry directly, and Harry slammed the phone down.

“Harry didn’t want to know anything, and so William jumped in a car towards Kensington Palace, where he was going to confront Prince Harry.”

The programme, which also repeats many of the stories written in Britain about the rift, describes how traumatised female staff resigned from the Royal Household because of Meghan’s behaviour and set up a WhatsApp group called The Sussex Survivors’ Club.

It firmly blames “the behaviour of Meghan for being at the heart of the break-up between William and Harry.” and airs claims that the Duchess of Sussex, 41, used her position in the Royal Family to bully and intimidate staff while living in Kensington Palace, with Harry, 37.

An email in the autumn of 2018 written by Jason Knauf, former communications secretary to Harry and Meghan, to Simon Case, the Duke of Cambridge’s then private secretary, first shone light on the controversy.

One of the unnamed staff members is referred to using the letter Y.

The documentary quotes from an email saying: “The Duchess seems intent on always having someone as a target. She’s bullying Y, and seeking to undermine her confidence.

“We have had report after report from people who have been witnessing this unacceptable behaviour towards Y.”

The Knauf email reads: “I am very concerned that the Duchess had been bullying and harassing two personal assistants, to the extent that she provoked their resignation during the course of the last year.”

The documentary narrative continues: “During 2018 there was indeed a spate of resignations among Meghan Markle’s team.

“Former members have even set up an informal group that they called between them, the Sussex Survivors’ Club. Some of them still remain traumatised.”

Valentine Low, royal correspondent for The Times, is also quoted in the documentary saying: “There was a person who was so terrified by a conversation she was about to have with Meghan that she said, ‘I feel sick’. Some of these young women have been broken.”

Buckingham Palace announced earlier this year that it would not be releasing details of an investigation into the bullying allegations and the lessons that could be learned, leading to accusations of a cover-up.

Meghan herself has yet to comment on the claims about her treatment of women staff, despite just launching a new podcast focusing on female stereotypes, but her lawyers have claimed the bullying allegations are a smear.

She and her husband have “stepped back” from official duties and now live in Montecito, California, with their two young children.

The couple are due to return to Britain in September when Meghan is due to speak about “female empowerment” at a conference in Manchester.

She and Harry are expected to stay at Frogmore Cottage on the Windsor estate, just walking distance from the Cambridge family’s new home, Adelaide Cottage.

But a rapprochement looks unlikely, not least due to tensions over the looming prospect of the publication of Harry’s tell-all memoirs. At present there are no plans for them to meet.

“Granny Diana” has five grandchildren she never got to meet – William and Kate’s children Prince George, Princess Charlotte and Prince Louis, and Harry and Meghan’s youngsters Archie and Lilibet Mountbatten-Windsor.

The Cambridge children make cards for Diana each year on Mother’s Day. Pictures released by Kensington Palace last year showed that Charlotte had written in a card: “I love you very much. Papa is missing you.”

Neither Kensington Palace nor Harry and Meghan’s office commented on the documentary’s claims.

Greta Thunberg seeks to trademark her name to stem misuse